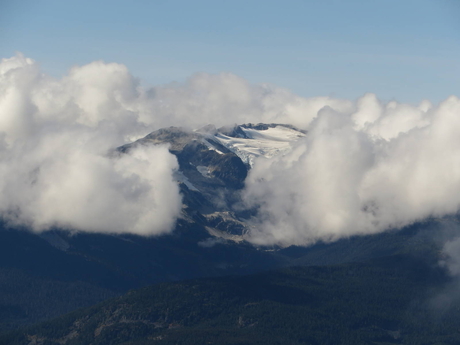 If you ride from Whistler (BC) to Pemberton, about 10 km, past Green Lake there is a right turn to the parking lot of the Wedgemount trail. All of a sudden the road is a forest path that is not reinforced. The trail ends after to kilometers on natural parking lot. Now we are in Garibaldi Provincial Park.

There is reason that this trail is referred to as the most difficult. The trail starts by a steep climb. At first it is in normal forest. Later the forest changes rather to primeval forest. All around are fallen trees. Forests are not cleansed in Canada. They are left in their natural state. 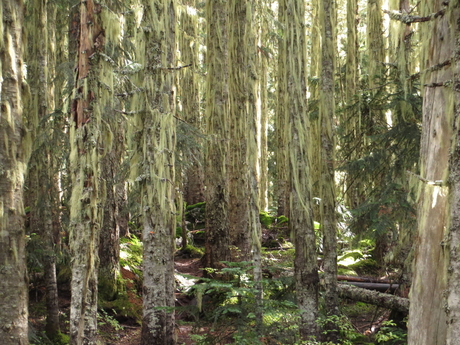 1.5 hour later the steepness of the hill is lesser. This time we go in forest that looks like rainforest. Light green vegetation hangs on all branches. Humidity is very high in the forest. The trail followed the river. Its sound was giving us energy to continue further. We literally were walking among tree roots at some places, somewhere we walked on large stones, or old tree trunks. 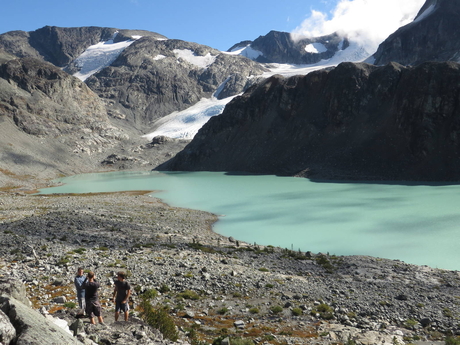 After two hours of uninterrupted ascend you will get above the forest. From there you can enjoy a deserved view of the glacier on the other side. If you turn back in the direction of the road, you can see a steep rocky hill. You have to overcome this one to get to the final destination. When you have this part behind you, there is beautiful Wedgemount Lake. It beauty will stop the time for a while. It is blue-green, and around are mountains, and glaciers – really gorgeous. 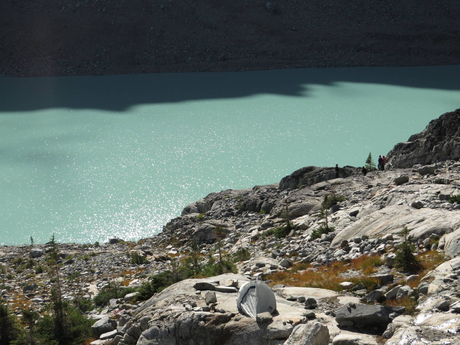 You can also spend a night in your tent if you want to. It would cost you 10 CAD for a person/night. You can pay online (at tourist office they will give you info), or you can put money into an envelope and then to a money box at the parking lot. However, there are only a few pleasant, flat places where you can build your tent. 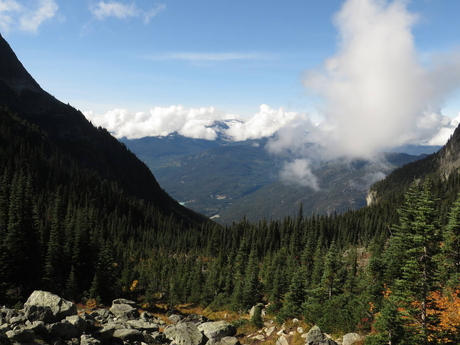 Going down seemed to be much longer than going up (it really goes fast when you have to watch your steps among roots trying to find firm ground). The book guide said the trail is 14 kilometers long and would take approx. 7 hours. We managed to do it in 5 hours and 15 minutes, including a lunch by the lake and couple of drinking breaks. But frankly, the climb is only for those of tough nature. 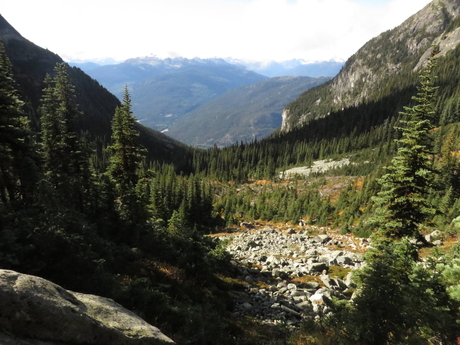