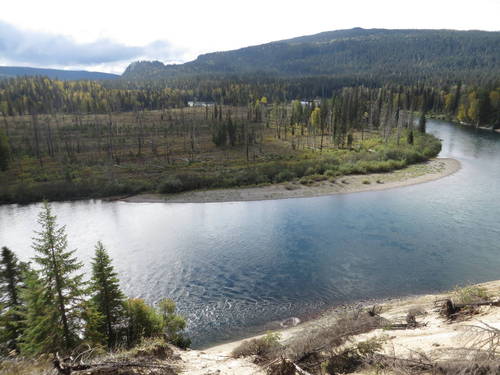 This park is not know for any high mountains even though they are some (Garnet Peak, 2829 m). The park is rather popular for its remoteness (there no cell phone signal), clean nature, fauna, and waters. If you enjoy canoes, soltitude, and hikes in forest then you need four days at least in this park. 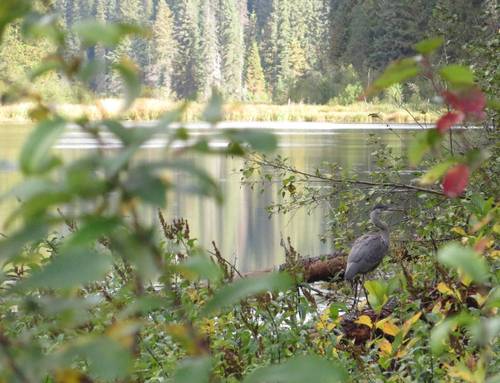 Clearwater Lake and Azure Lake are the main destination for paddlers. There is a company which would take you to the edge of Azure Lake and from there you have three days to get back (52 km). There are many different water falls along the way. When you anchor your boat you can set off for a trip (6 km on the top of Huntley Col mountain, 10 km along the river to Hobson Lake). 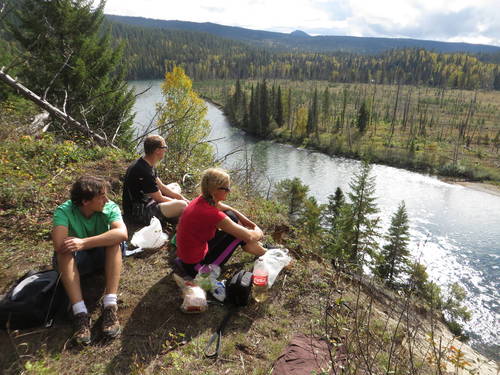 At the place where Clearwater Lake changes to the Clearwater River you can start a circuit trip (5 km). You would go along the lake, then go up the hill that is 1000 meters above the sea level. The trail will then get you on the bank of Chain Meadows Lake. 6 kilometers further the Chain Maedows Lake Trail goes tdown to the river where you can have a beautiful look at Osprey Falls.

Next there is a trail (suitable for walkers and bikers) that is called West Rim Tote Road. It goes over the peak of Green Mountain. Another trail is Whitehorse Blue Trail, that also goes to this peak, there is a wooden lookout tower. There are sign boards and detailed maps all around the park. Also, there are many beautiful lookouts. I recommend you Bailey´s Chute, a curve of the Horseshoe River, Dawson Falls, Helmcken Falls and Spahats Falls. The latter two flow to beautiful canyons. You can see layers of lava which created the canyons there (as one of the theories has it). 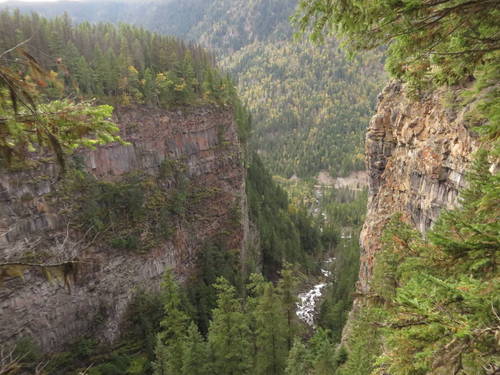