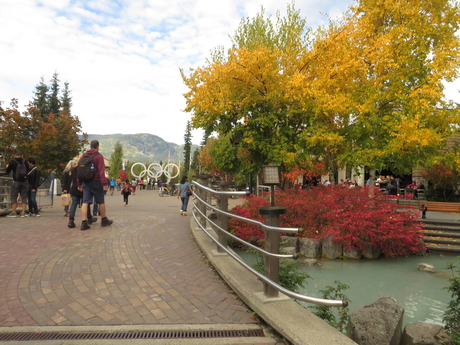 Whistler became famous for the 2010 Olympics. It is 120 kilometers to the southeast from Vancouver. This young village’s population are mostly young people loving downhill biking, skiing a snowboarding. The character of the village is greatly represented in the following poem:

The place alive night and day,

full of power due its mountains.

Whether its summer or winter,

its always great in Whistler.

Bikes and skateboards in summer,

or trips to lakes. 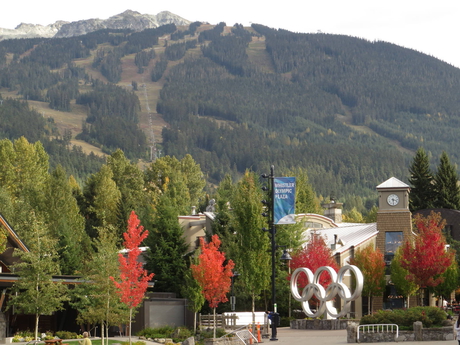 Whistler is so beautiful thanks to mountains Blackcomb (2 440 m) and Whistler. Both near the village to its southwest. Two cableways run up to the mountains. Wizard Express and Blackcomb Excalibur Gondola to Blackcomb; Whistler Village Gondola and Fitzsimmons Express up to Whistler. You can enjoy a unique ride between the mountains by Peak 2 Peak Gondola which hangs above the valley. In summer, however, cableways’ operation is very limited. Fitzsimmons Express is used by bikers for whom trails and jumps are under the cableway. 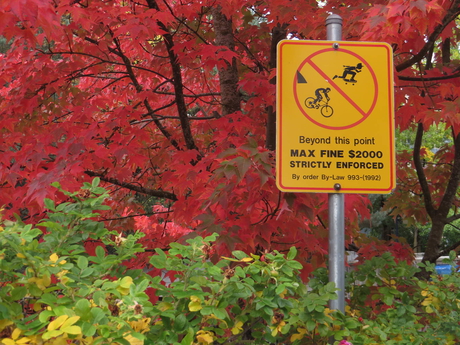 If you get to the top by Whistler Village cableway, you can go to the top of Whistler mountain by following the trail of Harmony Meadows, however, it is rather a more difficult climb. Or you can get to the top by Peak Express cableway and enjoy easy trail on the top. The trail’s name is Whistler Summit Interpretive Walk. You will enjoy beautiful vistas of the mountains, forests, and lakes (especially Cheakamus Lake). 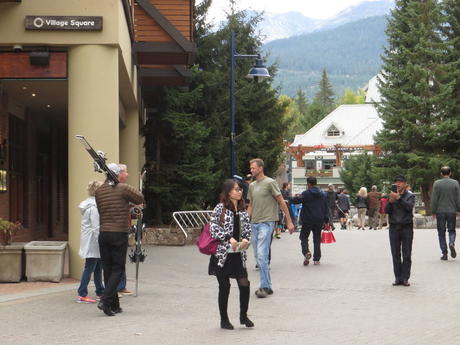 You cannot reach Blackcomb’s top (to Blackcomb glacier). In slightly forested part below rocky top, there are moderate trails. Along rocky ridge goes difficult Decker Loop trail which later joins moderate Overlord trail that follows the contour line to the east. The borderline between Blackcomb Glacier Park and Garibaldi Provincial Park goes across both Blackcomb and Whistler mountain. 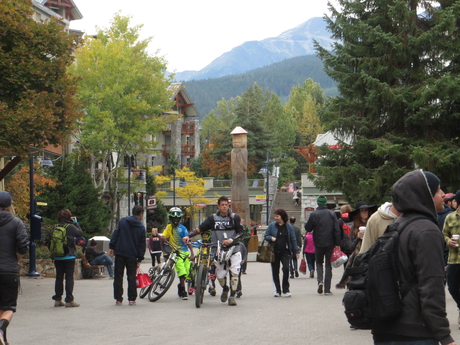