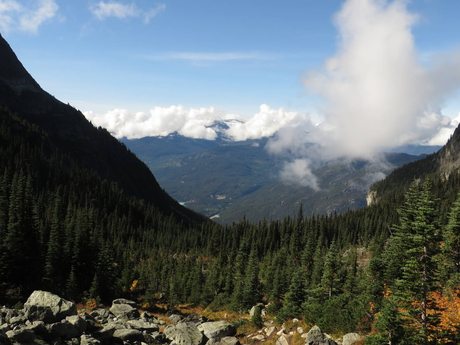 Southeast from the road there are Lost Lake and Green Lake. Green Lake is the largest. The road goes right along it. It is hidden in dense forest, and there are many roads good for walks around it. People do often BBQ there or swim in summer. It is really peaceful, quiet place, but without any beautiful vista of the mountains. 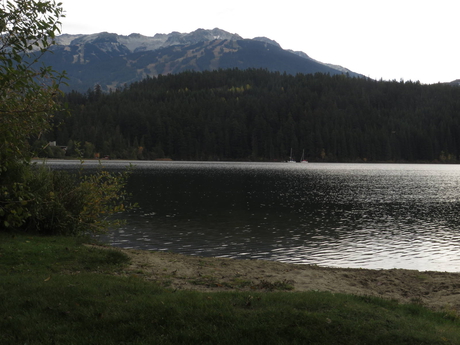 To see the mountains, I recommend you to see Alta Lake - for instance the Rainbow Park on its southwest bank. You can reach the lake by following a road (along a large golf field) from the village’s center (3,3 km). This place is popular in summer and also other seasons. Behind the lake, you can have a vista mountains Whistler, Wedge, Weart, Cook, and Currie. There are three courts for beach-volleyball fans. 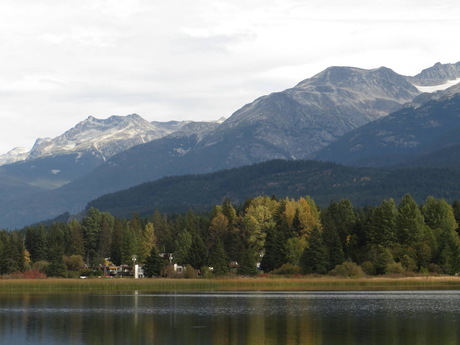 Once you are at the park by foot and you want to go up to a place with a vista of Blackcomb and Whistler go about 1 kilometer along the road until you reach the beginning of the trail to Rainbow Lake. In case you travel by car it is here where the car park is. The hike itself is quite demanding. It takes about 5 hours there and back but you will be rwarded with beautiful vistas on mountains in the south. 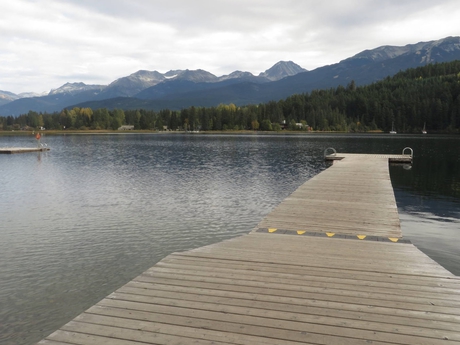 About 2 km on the road up, you can follow a countour line to the left or to the right. It is the Rainbow-Sproatt Flank Trail. On this hill, there are many trails you can follow. Either light trails like Beaver Pass, Lower Sproatt; or more difficult such as Cheap Thrills, Danimal, Billy's Epic, A River Runs Through It. 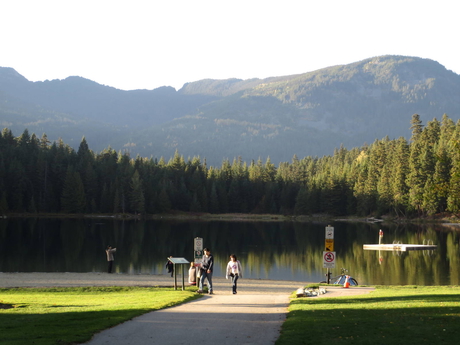