en.infoglobe.cz » Climbing as a safety fun

The man can do nothing against the power of nature. He must try it out, and it unnecessarily to not provoke. If this does not respect this simply rule, it will always beyond him. On the right place would be also the mention about the kind of mental maturity of a man who is on a high summit attempts. Climbing Wall drove out all the pitfalls of nature and a simple space with high ceilings was reduced any risk to a minimum. 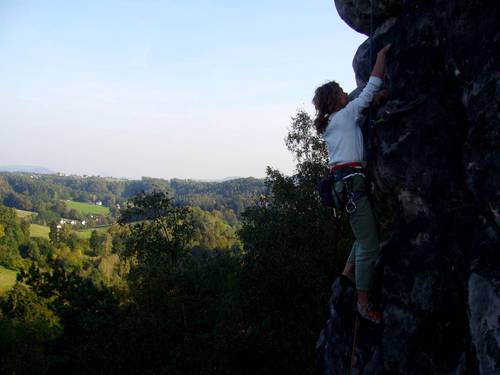 On the climbing wall is also no need to fear that it would release the stone from the rock to paralyze your thinking. When you follow all safety guidelines shouldn´t happened that you fall out protection, much less that you will be blocked under the avalanche.

Compared with the past times, when the people climbed the rocks in football boots without boogers and everything was get by kind of sly, today is a plethora of really good quality material on the market. This one of course helped to increase comfort, but also safe when climbing.

The bet on Safety

The catches comply with safety standards, as well as ropes, snap hooks and everything that belongs to climbing. The only factor that man can "destroy" is him. Would be nonsense rely just on quality equipment. Believe that if I have a good rope, snap hooks, and climbing seat and climb the wall that most meets all safety requirements, so nothing can happen, it would be foolish.

The Personal responsibility for himself, but his partner also is the most important prerequisite to a climbing wall, keep credit as safe sport. The most common cause of accidents is flawed link, as well as inattention of a man who stands down to control the climber. Mutual control of climbing partners is crucial for the safety of both. Communication between them is but the chapter itself.