If we should be limited by the beginner's mistakes on the rocks, it will be primarily poor transfer of weight. In the beginning it is almost a rule that newcomers all the energy spent on it to a rock wall or keep on hand. But what happens then? The answer is obvious. Very quickly send and fingers that are not used to the weight of virtually the whole body stiffen. But climbing is all about feet and transfer of weight to them. 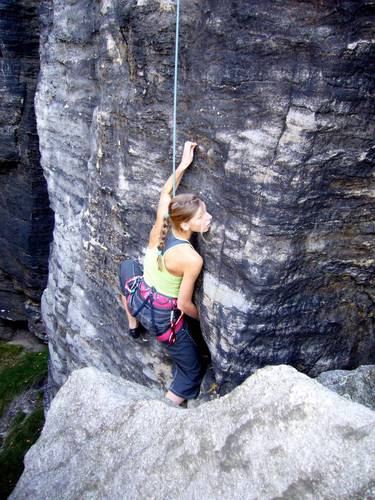 But that's not the only lure that sooner or later trains beginner. Another common error is incorrect distribution of right-left balance. Just as the doors open and close several hinges anchored at one side jamb, so it looks bad load of one or the other side of the body on a rock. At the door to consider such properties and we are angry and call the repairman, work - otherwise, in the climbing it is waste to call anyone, we are commanded quite rapidly to the ground.

Where is the thrust, there is allowed and if climbing is almost physically ordered that this climb up won´t finish in success and fall or in better case jump from the wall into the seat. A very common mistake is when climbers are the centre of gravity gets the support legs then there is a deviation from the pelvic wall and subsequent exhaustion hands, which remains the most body weight. 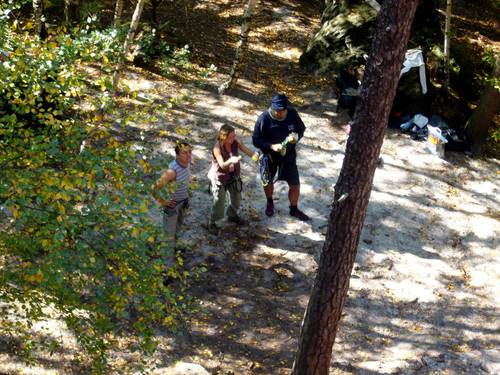 What also is not paid on the wall and impetuosity impetuousness in the selection of grips. Confusion in the movements, just like all of these errors will go early in exhaustion. But not everything described above to test for yourself and then climb and climb until all the beginner mistakes you will be there. He appears more and more and you'll be in next level, actually higher.