Divoka Sarka is located at the western part of Prague. It is part of Prague 6. It is easy to get to the rocks, you just take a subway to the A line end station Dejvicka and then you take a tram running along Evropska Street on direction to Vaclav Havel Airport. You get off at the end station Divoka Sarka. There you will see typical rocks (from tram it would be on your right side). Also you can get there by a bus heading to the airport and get off at a stop by McDonald´s. Then you have to go several hundred meters downhill to Sarecke Valley. 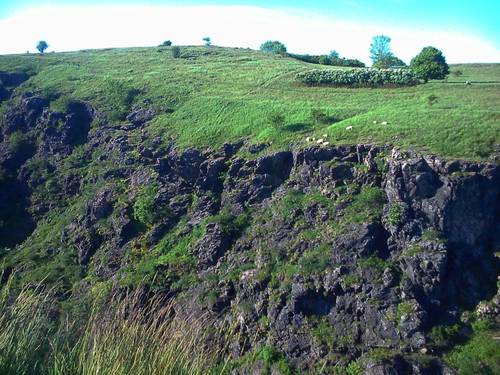 In 1964, Divoka Sarka became the first natural reservation founded on the territory of Prague. Thanks to its uniqueness in terms of geological, botanical and zoological. It was establish to protect a significant geomorphological unit. The Sarecky stream literally cut its way through hard siliceous rocks and created a deep Sarka Valley. Around the rocks that are scattered around the area, there are extensive forests, both in the valley and on the hills, creating one of the largest parks in Prague. 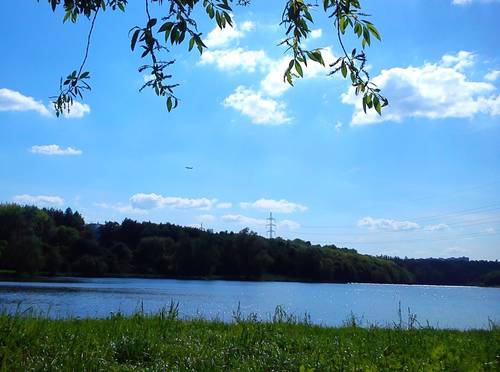 As Divoka Sarka is a protected area, it is necessary that the local rock climbing is done only by the members of the international climbing federation UIAA Climbing (for us especially members of the Czech Mountaineering Association). You can meet there an unpleasant conservationist who will require you to show him climbing certificate. This is probably the most important rule that must be followed in addition to the prohibition of fires. 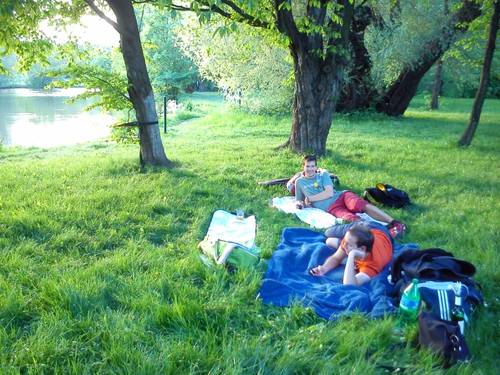 You can try many rocks for climbing, but it is necessary to know the terrain. It is best to go and climb with someone who knows how to behave in the local rocks. Probably the most famous rocks for climbers are called Divci Skok and Zabak . Divci Skok is located directly above the swimming pool. The most popular ways there are Jizni Rys - 3 difficulty gap left by the joint after a little harder path Cerveny Krouzek . Another popular rock is Zabak, which is located a little further. If you go to a nice restaurant around a swimming pool, you encounter a right turn. After it you have to turn left along a path and climb up the slope on the wooden stairs to the rocks. Zabak is nice, but in some places it is a very difficult journey. Rookies often wonder how it is possible to climb the path. Those are the reasons why it is better to have there experts with you who would help you and assist you. And in in case of an emergency order to avoid unpleasant fall, which is over 10 meters on the rocks. At Divoka Sarka there are also used loop anchors. 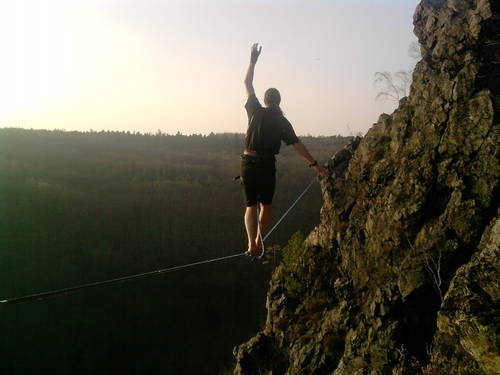 There are also places where Pragers who love slackline (walking on a tightrope) stretch a highline. They naturally attract attention of visitors, climbers as well as non-climbers. After a good climbing it is very pleasant to sit still at a nearby reservoir pitcher. You just wonder how many planes fly to and from the Prague airport. People who like animals will appreciate a walk in the hills above the valley where sheep graze in the summer, and only then set off back to the streets of Prague.

Published: 3.10.2007
It is a former limestone quarry. Alkazar is one of greatest rocky formations in the whole area of Srbsko. You find it near to Berounka-river, orientated to the south, suitable for climbing all year round.