Today, the old quarry is called Botanical Garden and Arboretum. It is because there are rare biotopes from near Kotouc quarry, there is still mining. The old quarry is thus something as a salvation and home to rare plants and animals. The old quarry offers almost the same environment as in Kotouc. The botanical garden was founded in 1966. There were mining works in the quarry since 1860 to the 1920’s. Later the quarry was used as a waste dump and than it was adjusted to host a slag football field. The first thing in order to create a botanical garden was to get rid off waste and to clean old rock relief. 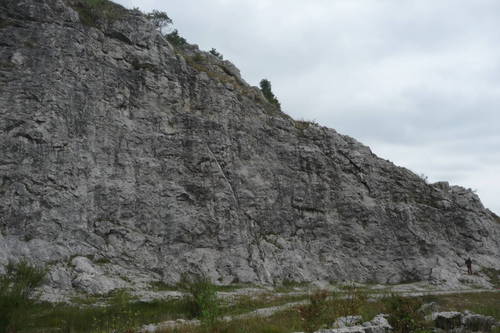 First climbing activities in the quarry began in the 1950’s. Then first support places were put there and dozens of climbing routes emerged. These support places lasted there until 2008. The owner found them very dangerous and arranged their renovation with the climbing association. Today there are secure and reliable (except: Kozi Stenka).

In the climbing area within the quarry there are three walls and two rocks. The afore-mentioned Kozi Stenka is the only wall that didn’t undergo renovation since the 1950’s. It is highly recommended to not climb on it. Its name reflects the fact that there are goats freely moving. Part of this wall is their night hideout or their shelter against bad weather. The owner used to have a goat herd (over 30 goats), but today only 4 remain and Janek, the he-goat. So look after your snack! You can find Kozi Stenka right after you enter the area. 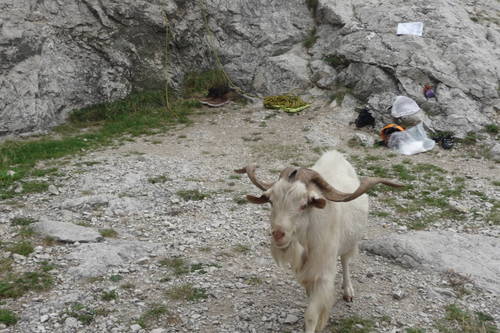 The most popular is the so-called main wall. It is a long and high wall (to ca. 25 meters). There are more than 50 easy trails. However, the owner warned us uprfront that some of loops fell off so the difficulty of these trails have increased eventually. The difficulty of local trails in between 5 - 6+. In my opinion, all trails were underrated. It is also recommended to climb with your helmet on as it is hardly predictable when some stone fell of the rock (most of them fell in the furthest sector from the main entrance). On the other hand, there is plenty trails of reasonable difficulty. They are beautiful, secured and they lead to mildly leaning and relatively stable limestone rock. 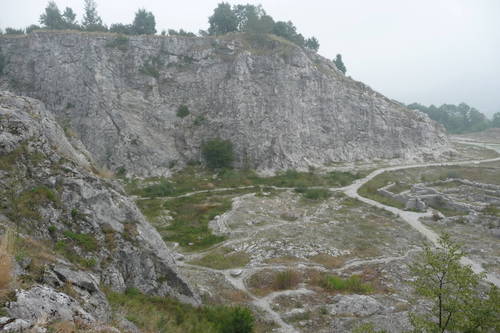 Babi Leto and Zrcadlo are the names for other two sectors. Three trails on the right of Babi Leto are located right above a lake. On the lake there are white and rose water lilies. To Zrcadlo you may get when you go around the quarry from the left. It is located in the “2nd floor” quarry. Also Vanuv Kamen is part of the climbing area. It is located 200 meters from the parking lot near the old quarry. People used to set up camps near Vanuv Kamen. At present locals don’t recommend to do it for there is lot of waste and many homeless. 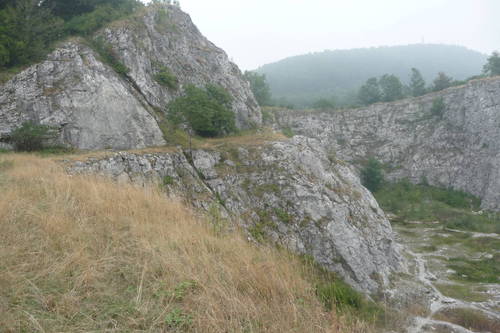 A very important information considers the opening hours. In summer and spring there are the so-called “open doors days”. In April and May only weekends are available from 10am to 5pm. In July an August it is opened from Tuesday to Sunday, same hours. In September it is opened only on weekends, same hours. If the gate is opened and it is not the opening day, you can come in. Also, you can arrange an entrance with the owner. On national holidays it is opened even before or after official opening hours. It is always closed on Mondays! Entrance Is free, however, you can throw some money to a coin bank. When you go there with a group of people, the owner will ask you to pay him some reasonable price (e.g. 2 dollars for two days per person). When you go there with two friends, the owner would be very friendly and helpful. 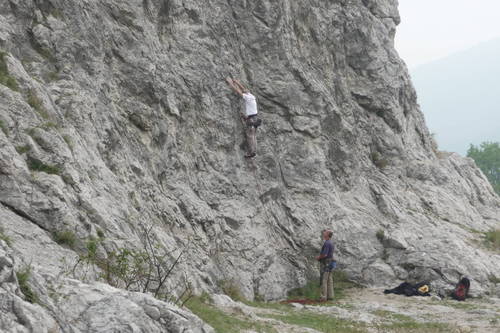 There is also the Poutova Cave in the area of the former quarry. It was discovered in the time of a festival, from this its name was derived.

Climbing there is at one’s own risk. You wouldn’t need any extra equipment for climbing there. If there is bad weather (after rain, a fog…) it is forbidden to climb.