This is the least populated of Slovakian regions with only 4000 people. Don’t be surprised if you read there are more wolves and bears than people but we haven’t seen any bear at least this year. Many Czechs and Slovaks find the language with which the locals speak quite hard to understand. It has been strongly influenced by Ukrainian. Locals call themselves Ruthenians and are proud of their nationality. 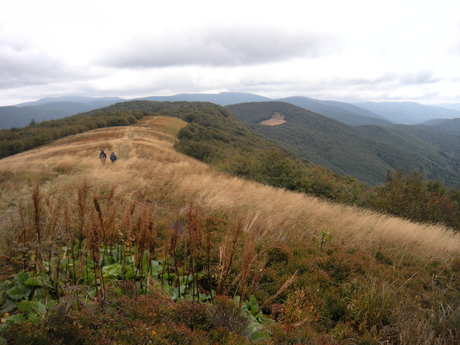 I have been always drawn into this part of Slovakia for its remoteness and silence which is nothing like overcrowded High or Low Tatra mountains. True, even this corner of Slovakia has been gradually becoming a more popular place. Here and there you can see couple of wandering tourists mostly Czechs or Poles yet there have been only few Slovak tourists, only two actually when we were there. 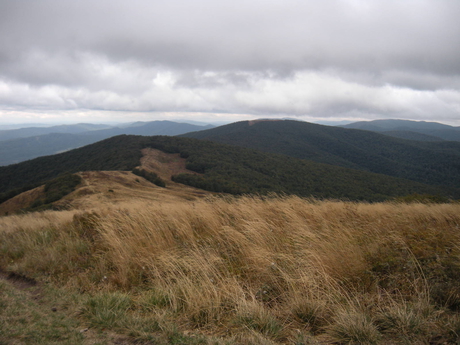 Bukovske hills are considered one of the rainiest areas in Slovakia. Therefore, you need to have good equipment, raincoat and waterproof clothes included. Rains are more or less regular throughout the year. It is hard to recommend some particular time to visit the area. The most stable weather is mostly in the end of summer or beginning autumn. Our trip took place in October and it wasn’t bad either. It was quite windy and rainy during the first half of our trip. The other, however 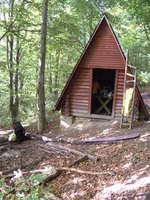 was light summer with pleasant temperatures during the day.

Principal reason for us going there in the end of the season was that we couldn’t agree among ourselves to go there earlier. Originally, our groupg was supposed to consist of 8 people half of which apologized in advance for not going. So eventually there were only four of us – Zuzka, Hanka, Sonia and me. We planned to cross the Bukovske hill and then move to the Vihorlat mountains south of the Bukovske hill (and the matter of the next article).

Are equipment constituted of two waterproof tents. It was in our plan to sleep over at specialized places. Along the trails you can stumble upon places called shelters which might be used to sleep over. However, remember that such huts can host 7-8 people only. It runs on the first come first served basis. Pity that nobody takes actual care of these shelters which look accordingly. Often you see part of roof missing being covered with polythene spread out by people who came the night before you. Often there are even no entrance door making it less comfortable place to sleep compared to tent for strong cold wind can blow inside. 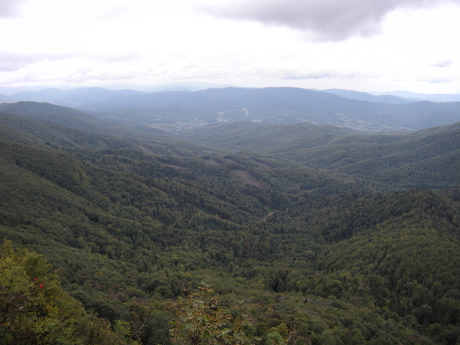 There are many ways how to get to the easternmost part of Slovakia and we chose very comfortable one. We travelled by night train from Prague. We changed trains in Kossice, Humenne and Stakcine, there actually the rails end. There you can only take a bus which goes to Nove Sedlice several times a day. The latter village was the destination from where we started our trek. The journey there takes approximately 16 hours. No wonder then that we were very tired. 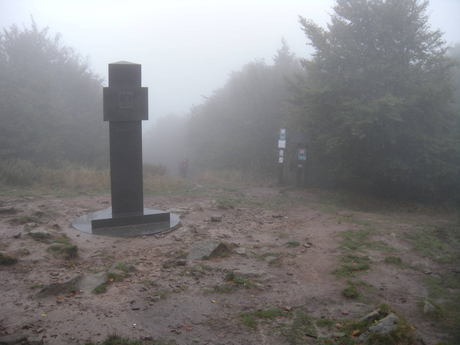 We should have follow a red tourist trail across the Bukovske hills. The trail starts at Nova Sedlice and continues to the Slovakia’s easternmost spot Kremenec mountain (1 221 m). Then the trail turns to the west following the Slovakian-Polish border to the western foothill of the Lower Beskydy. Our goal was to reach the Russian Saddle (800 m) and then join a blue trail which would get us to Runina village. We planned the trek to last three days and two nights in the middle of Eastslovakian wilderness.