On a wide forest road built in 1861 to connect the village of Ruske with the outer world, was the place we started our trip. New views opened in front of us - grassy meadows covering hills. The forest road then turned into an asphalt one. We passed by first houses, or rather some shelters resembling trailers with small yards. Somewhere what appeared to be Ruthenian flags were flying. The dwellers of Ruske village moved here. The village and six others as well disappeared when Starina water reservoir was built 8 kilometers southeast from here in 1986. Only two cemeteries, municipal and military, a chapel and couple of houses survived. 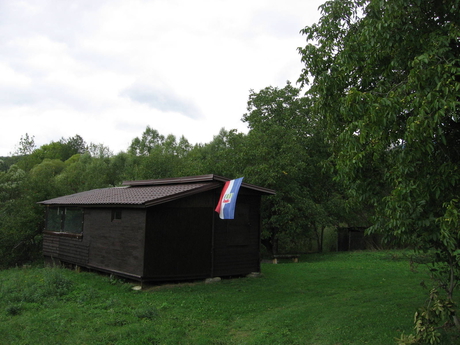 The rest of the journey was alright. At the Smrekovica crossroads we encountered a border patrol who asked us who where from and where to were we going. Once they learned about our nationality they let us go. Half an hour later we noticed the town of Runina, the place we intended to spend a night over. 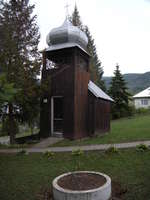 Durkovec had already paid for their accommodation which was at local pub. As we were still on the Polish territory we could have overslept instead of them. The pub owner was a very pleasant gentleman. He let us in once we explained him the whole thing. We were tired. In the late afternoon and evening we drunk Saris and played some board games.

Runina is a small, remote village of 54 dwellers on the edge of the Bukovske Hills. Like abandoned Ruske it was also founded in the turn of the 16th century. Currently, retired persons live in the village. young people either work lumber job in the woods or they moved to large towns. We should mention local orthodox church constructed in 1956. It replaced the one from 1796. Adjacent to it is a small timbered chapel. A military cemetery is located nearby with buried WWI Russian soldiers. Its sixty graves are well-maintained yet they don’t display names as nobody has ever founded the names of fallen soldiers.

On the following day, we walked through the village and its surroundings. We went on across fields and along forest stone-paved road uphull to the Three Wells. The legend has it that the Virgin Mary appeared miraculously to a small boy in 1927. It is said the threeway split spring has some healing effects which lured in people believing in its power. I have tasted the water and you should too. It is perfect. In 2012, the nice orthodox chapel of the Virgin Mary was built here. Today, once in a while a mess is served here. 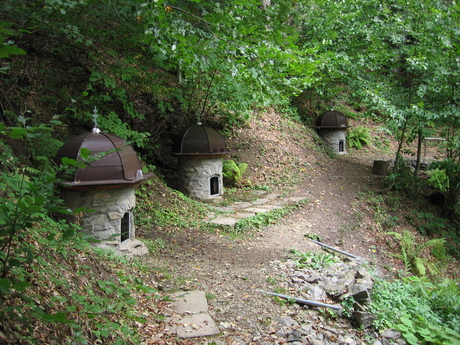 We followed the yellow and then green tourist trail which got us back to the village. We packed our things, said our goodbyes to the landlord and hurried to catch the once-a-day afternoon bus. Fortunately, the bus was on time. Riding towards Snina we were looking forward to the new trek in the Vihorlat. Next week we will tell you how it was.