Unfortunately, no other than unmarked trail leads up to the Vihorlat. The summit is located within the Valaskovce military compound . It is recommended to stay there only briefly because frequently test shootings happen here. We even heard some. However, it is absolutely safe to get up to the Vihorlat. Tourists go there very often. The summit is only about 1 kilometer away from the military compound. A large cross marks the summit and the spot height of 1075,5 meters is inscribed to it. Beautiful view are your reward n the top of the Vihorlat. We saw the entire Zemplinska Sirava including Michalovce or Vinne village. 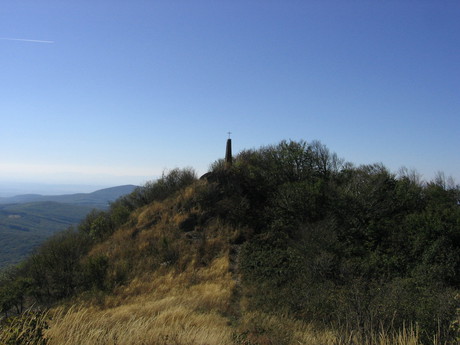 After Oravska dam Zemplinska sirava is the largest dam in Slovakia. It covers the area of 33 km2. However, the average depth is only 3.5 meters so it is very shallow. The dam was built between the years 1961-1965. It was part of the plan to adjust local landscape. In the 1970s and 1980s the area used to be a major resort, however the popularity would decline in the years to come. Mostly, the reason was the water got contaminated by polychlorinated biphenyl which got there by the Laborec River. The water quality has significantly improved since and it is even classified as safe for swimming. 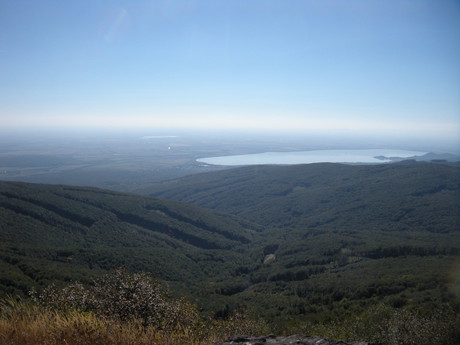 Once we got to the summit we were descending along the green and then yellow trail until we got into Remetske Hamry . We slept over there in a tourist guest house which, according to the information gathered on the Internet, was supposed to cost only 5 euro per night. Unfortunately, some other people were already staying at the guest house because their house had burned down not long ago. There was no place for us. We were told about another guest house right next to to a church. Staying overnight cost us 10 euro. Despite substandard quality of accommodation we were happy to have a roof over our head. 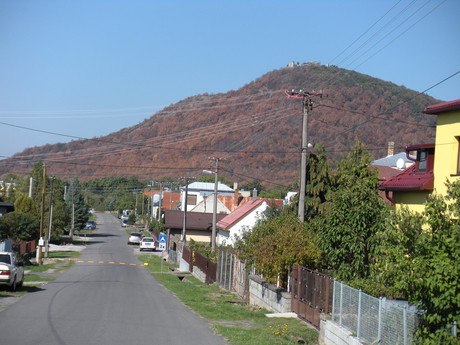 We woke up early on the following day and took a bus to Michalovce. There we met our friend Jozo who had been spending time at his friend’s. She also asked us if we wanted to stay over for the last night. All together, however without backpacks, we set off to Viniansky Castle and Vinianske Lake for our last day.

The castle is situated at the altitude of 325 meters above Vinne village. Its core was built in the 13th century. Its original purpose was to guard a trade route to Poland. In the following centuries the castle was many times damaged and repaired and definitely demolished in the 18th century when the Habsburgs sent troops to suppress an estates rebellion. Until the present it remained a ruin, however a renovation is now underway. 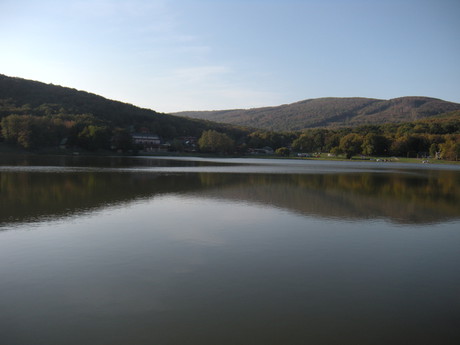 Vinianske lake is a popular spot beloved by tourists who can catch fish there or swim. Its shape is almost circular and covers the area of 8 hectars. It is 3 meters deep on average. This lake was created when an artificial dam was built and the Viniansky stream was drained. Water was diverted to the saddle at the local foothills. There are many cottages and restaurants on the lake. We visited one of them. While eating we were enjoying a beautiful view of the lake. Bit tired we headed back to Michalovce. On the following day we continued from the latter to Kosice and then back to Czech Republic.

To sum it up, I assess our trip very positively. We were in quite part of Slovakia great for easy-going hikers. One can really rest here in wild and beautiful nature from all the stress of daily life.