Do you want to try something new? Do you like to walk in the mountains enjoying peace in nature and aroma of moss and resin? What if you try the so called secured trail? You wouldn’t go far as one is at the Czech-German border. Drive to Usti nad Laben across Schöna, a former border crossing. Then head to Bad Schandau until you reach the small German town of Schmilka. You quickly find a large car park along the road. For three euro you can park whole day. 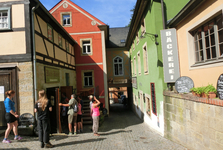 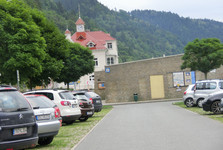 Right in Schmilka, you can see the hills of Saxon Switzerland . It is only ten years younger then our national park of Czech Switzerland that is famous particularly for Decinsko. Worn out grey rocks are located along the German part of the Elbe and go further. The total area of the German national park is 93 km² . There are nature as well as bike trails. You can enjoy climbing or modern ferrates. 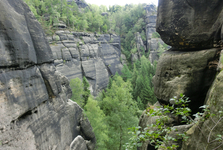 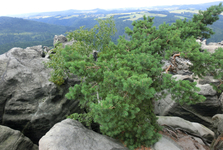 In case you want to take a ride in a historic street car then leave your car in Bad Schandau and take a ride starting at the park and ending near the center on the next-to-last stop of Krinicke Valley.

We start our day-long trip in more adventurous spirit. Upon long decision we leave out a historic street car ride and move to the car park in Schmilky. From there, we walk until we reach a small and cozy bakery. Cumin bun and sweet donut’s smell is hard to resist. It is also a place where you can meet other beginners heading to the ferrata. 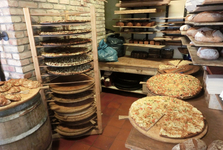 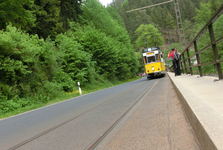 The trail gets us to sunny forest. And we start to go uphill following the yellow mark and then blue one and finally the red one. Yes, you are right. We got lost. But everything wrong is good for something. This trek, for instance, was wonderful experience. Right in front of us there is a green rectangle on a white background – the symbol of ferrata. 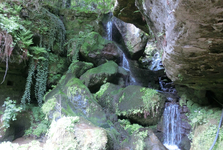 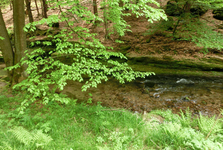 Don’t get confused because you would see plenty of people without being secured or a helmet. And even without appropriate shoes. Still, I recommend you to get some quality equipment. The entrance to the ferrata is its most difficult section. Three dads with three daughters passed by us going back from there. The ferrata is suitable for amateurs and even children. Especially they would feel like mountaineers. Iron cramps are in short distances one from another. There are many grips. A long ladder intertwined with the rock looks scary. Gloomy light and the feeling like you are in the rock is true scary experience. 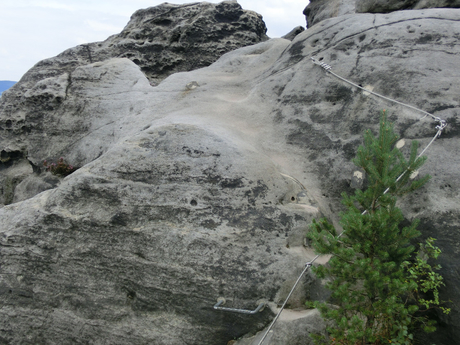 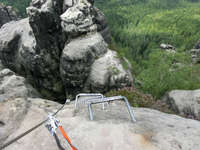 The trail would take you about an hour with an amazing view on the top of rocks, forests and the landscape. The air smells like mushrooms and adventure. You would experience feeling similar to a climber who enjoy the view after a difficult climb. You can return from Häntzschelstiege through forest, which I recommend. It is better than to go down in the opposite direction as you wouldn’t meet other people. 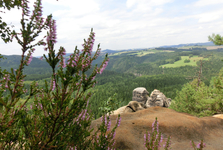 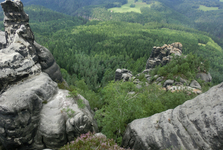 Published: 6.7.2017
Bad Schandau, a German town, is situated almost on the border. We set off from Mlada Boleslav and travel in the direction to Ceska Lipa and Decin. We cross the border at Schmilka border crossing which is mere 8 kilometers from our point of interest. Bad Schandau, as the name suggests, is a spa town. It is situated on banks of the Elbe River in the heart of Saxon Switzerland national park. Bad Schandau consists of nine districts – the old town of Schandau, Krippen, Porschdorf, Neuporschorf, Prossen, Schmilka, Postelwitz, Waltersdorf and Ostrau. As Bad Schandau is really a small town, there are several places to visit.

CZ, Tiske Rocks – Sandstone Formations from the Chronicles of Narnia

Today we look into a large rock town near the town of Decin. A nature trail rusn through it. Than...