We started in beautiful village of Stefanova, once a home to many shepherds. You can find it at Vratna Dolina’s edge. However, the village belongs to Terchova town. In the latter, there is also the Mala Fatra National Park’s visitor center. 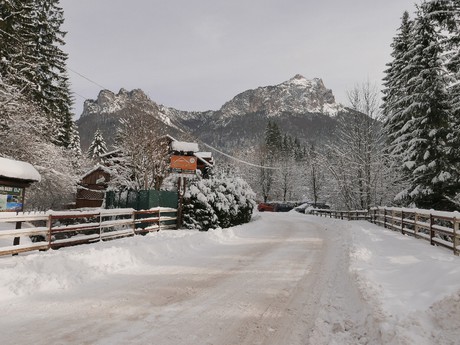 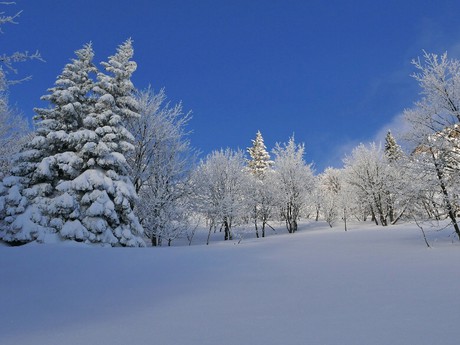 Tourist directions were covered by snow. However, a path was beaten in snow leading us up to the top. We made couple of breaks on our route to “our” summit. It is also in the logo of the Mala Fatra, National Park. During our breaks we read some legends about this place. The most interesting is about a golden treasure which belonged to Janosik. Of course, we did not find it. 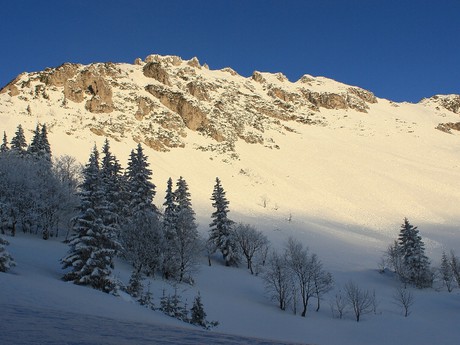 For centuries has the wind and wather eroded mountain’s summit. Therefore, there are many interesting rock formations. This is the largest rock formation of its kind in Slovakia. The nappe of Choc and less denser Kriznansky nappe created Velky Rozsutec. Endemic species make Velky Rozsutec important. In 1967, Velky Rozsutec, Maly Rozsutec and their surroundings were declared a national park. Between March 1 and June 15 the park is closed to tourists.

Couple of hours later we reached 1609,7 of altitude. The very summit. The view was wonderful up there. We saw Maly Rozsutec, Stoh, or the West Tatra or the Orava mountains. We couldn’t have get enough of this beauty. But it was getting closer and visibility decreased as the time was passing. The wind was getting stronger as well. So we just turned around and left the place.

We were visiting Velky Rozsutec often during the summer. This was, however, our first time in the winter. The climb was hard but rewarding. If you have enough strength and adequate climbing equipment, we recommend you to try it yourselves. You won’t regret it! 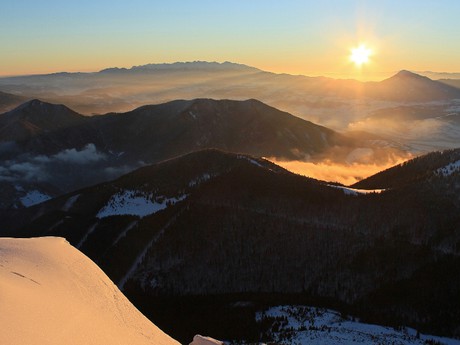 Published: 24.12.2021
Winter will soon dress Slovakia in a winter garb and its helper will decorate it with frost. Today we bring you 5 tips for winter hiking trips that will offer you various natural attractions.