We will set out for one natural gem today. As we mentioned above, the starting point is the village Blatnica, specifically the loca lSNP memorial, behind which extends the park of Nations. Here begins a yellow-marked hiking trail that leads to the Gaderska valley. 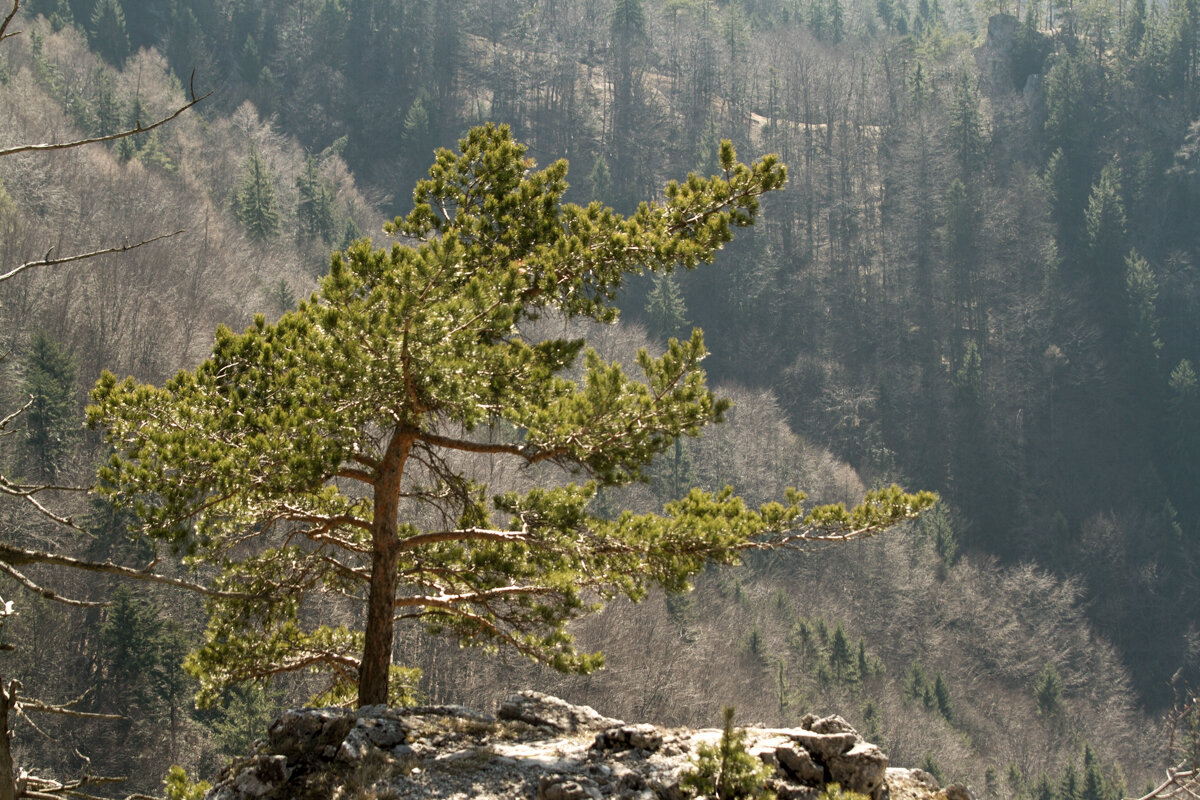 Gradually, we pass the local quarry, the cottage area, the mouth of the Horse Mine, turn to Blatnický Castle until we reach the crossroads of Gaderská and Vápenná Valley. Here we turn to the blue-marked hiking trail and at the beginning the gradual climb is suddenly changing to a medium-demanding ascent. After an hour of walking through a beautiful forest with rock formations, we reach the Mažarná Cave. 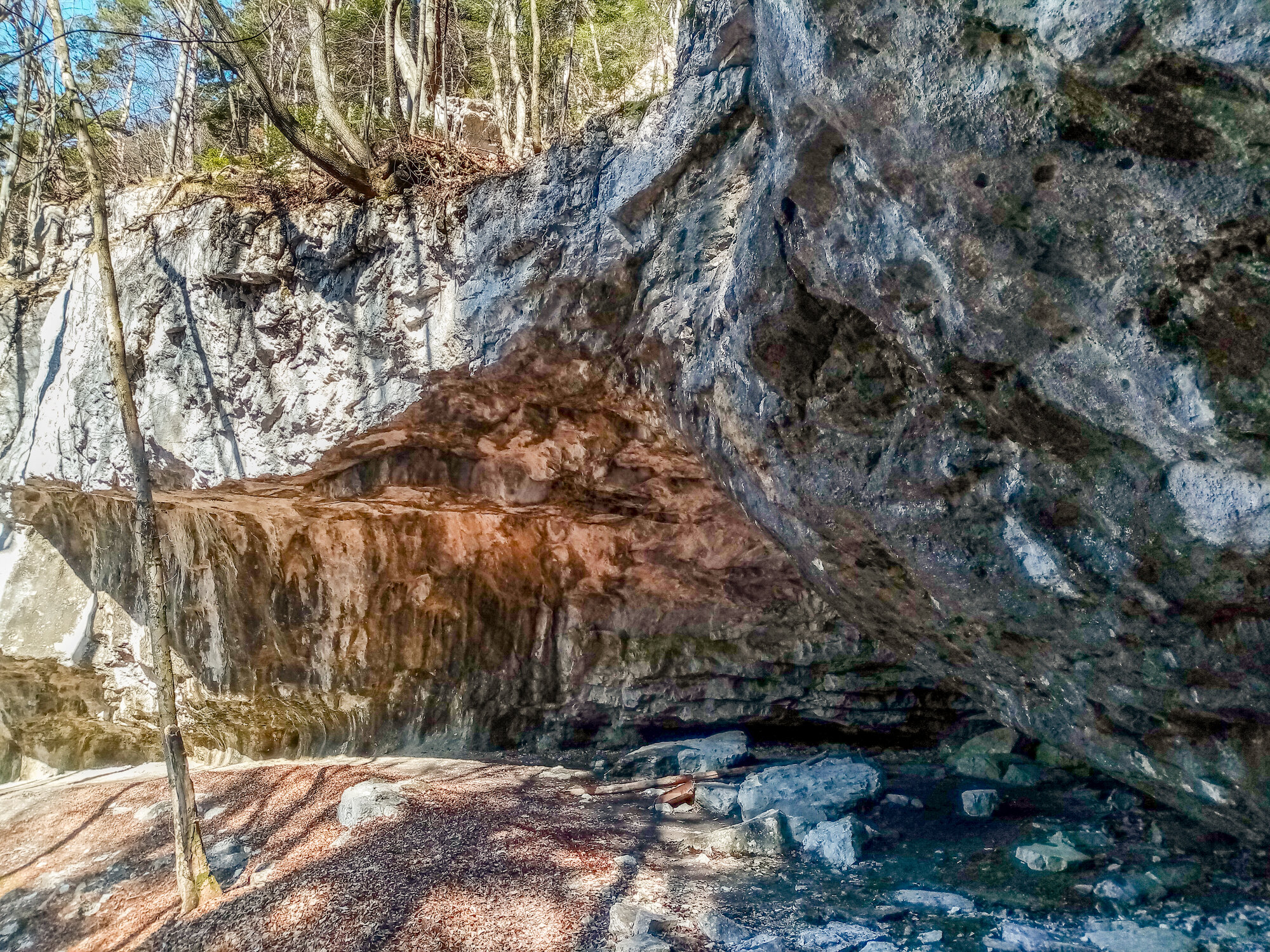 This natural monument is approximately 130 meters long and is important for its paleontological findings of the cave bear remains and archaeological rarities from the Bronze Age. Even grenades from the Slovak National Uprising were discovered here. The cave is freely accessible to the public and, especially during the winter, offers beautiful glacial decoration (of course in suitable weather conditions), several lakes and fine sinter runners. There are several other caves around which you can look. 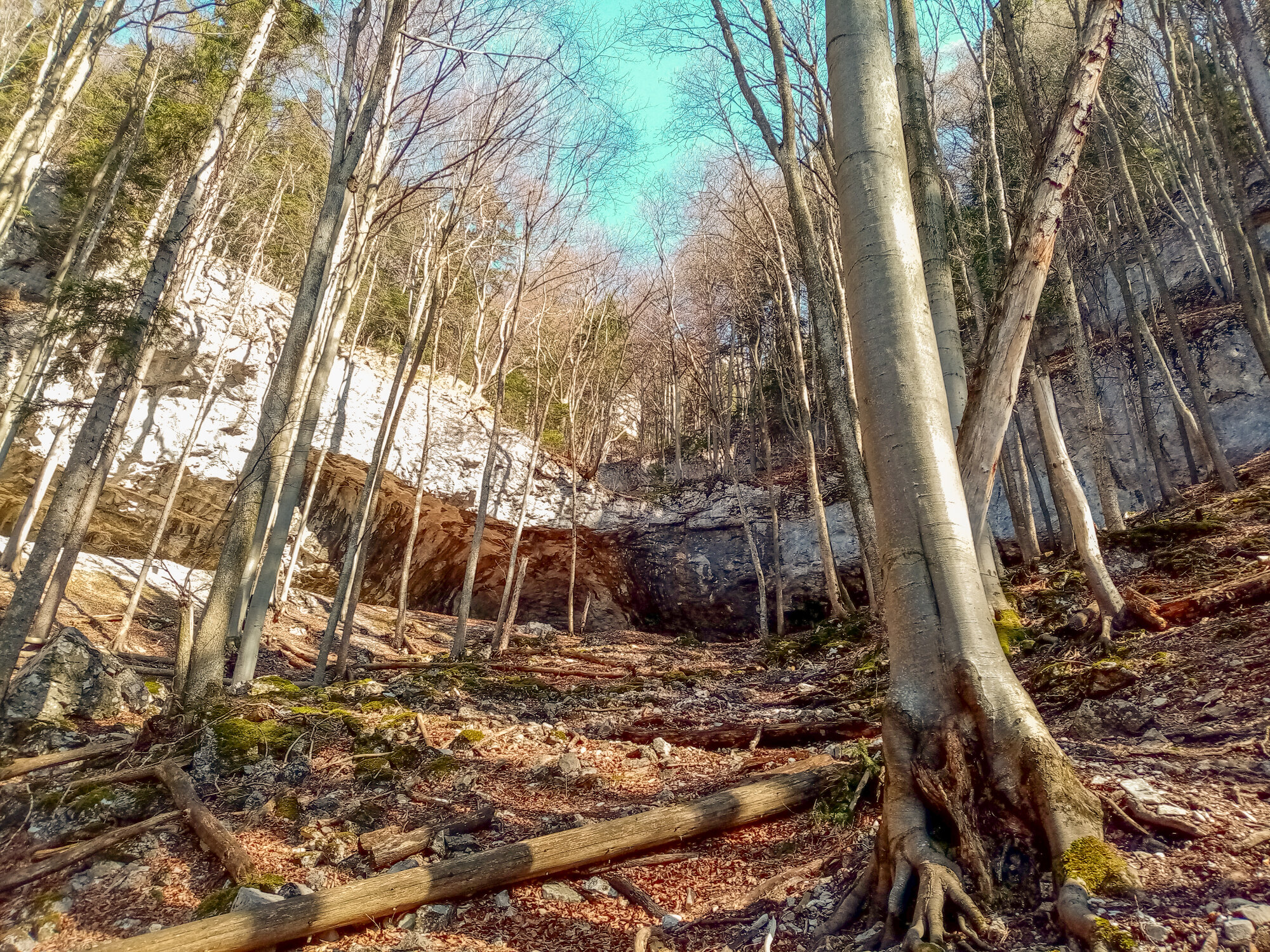 After less than two hours of ascent, we triumphantly reached the summit of Tlstá (1373 m above sea level). It was worthwhile to complete the elevation of nearly 900 meters. The reward in the form of magical views alternated with the first spring flora was irresistible. You will see the whole Turčianska basin, the peaks of the Velka and Mala Fatras. 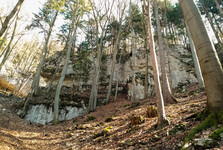 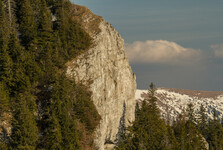 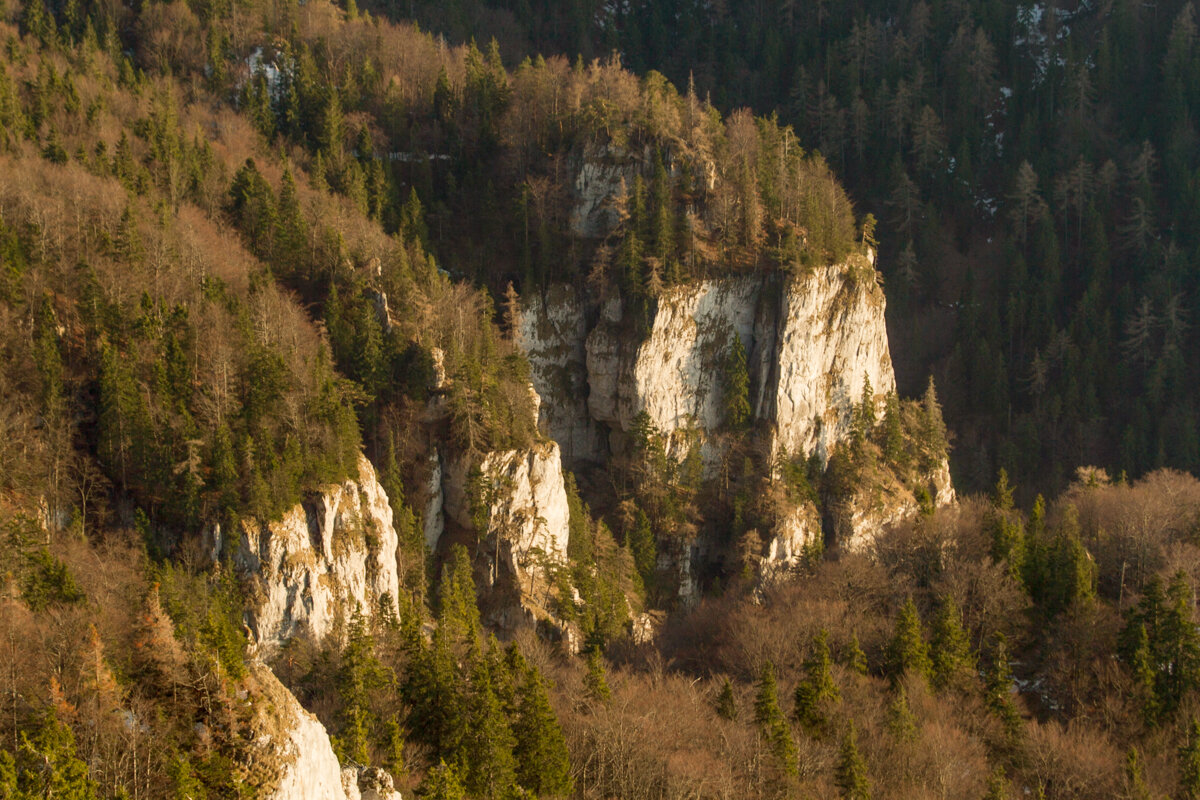 As time was relentless, we headed from Tlstá to the crossroads of Muráň along the unchanged trail, where we admired majestic rock gorges. The descent route takes about 45 minutes. From Muráň you can ascend to the equally beautiful peak of Ostrá (1263 m above sea level) and then descend through Juriášová and Blatnická valleys to the village (to the SNP memorial). However, you can also choose a shorter and less demanding descent through the Horse Mine. 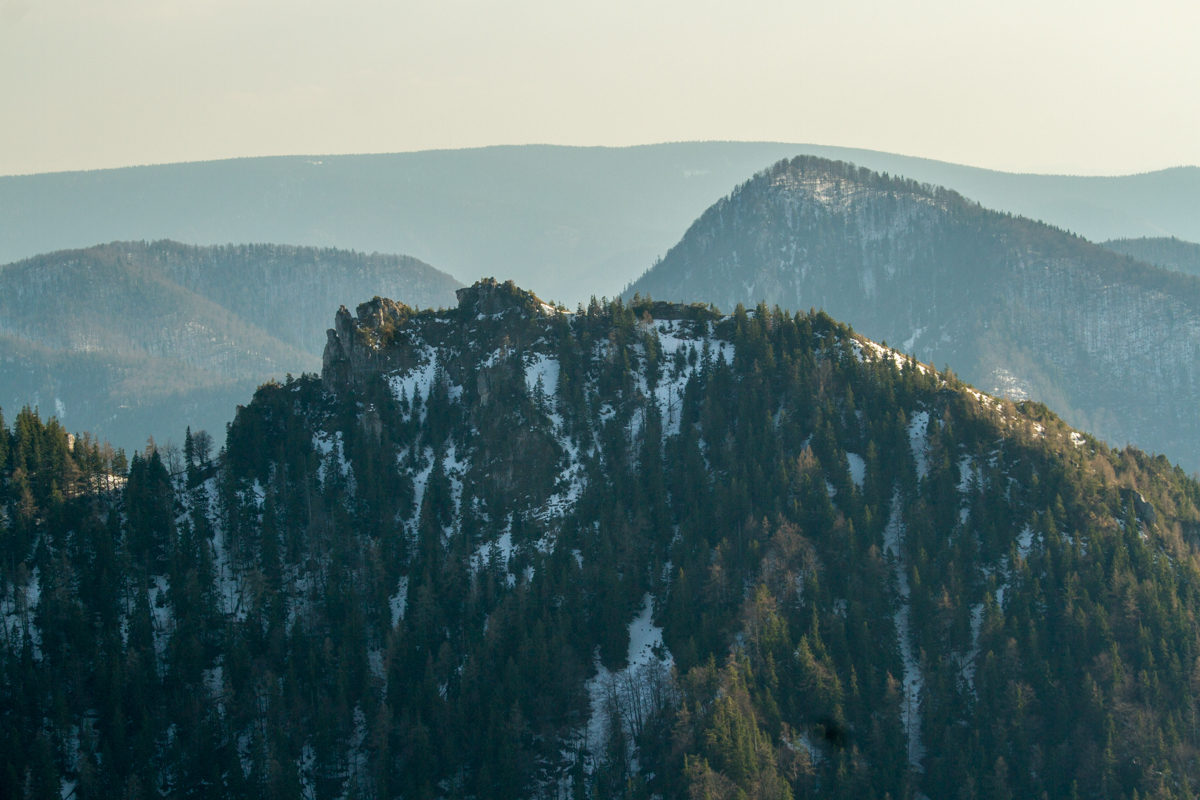 The whole hiking tour will take you about 6 hours and you will follow the trail of Janko Bojmir, who cooperated in publishing maps and guides and organized tourist meetings. By doing so, we not only played sports, but also honored the memory of this exceptional mountaineer. 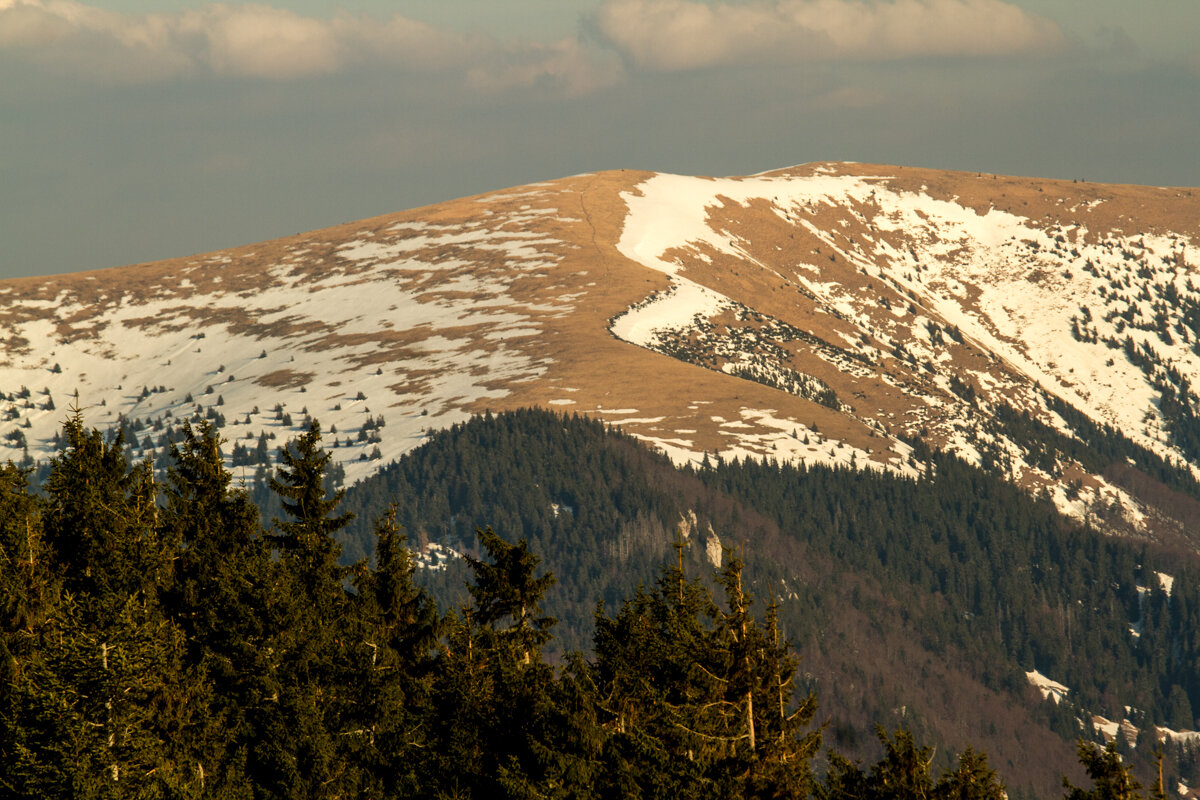 A more demanding trip full of beautiful rock phenomena, adrenaline climbs with auxiliary chains, overhangs and caves or unique views can only be highly recommended. 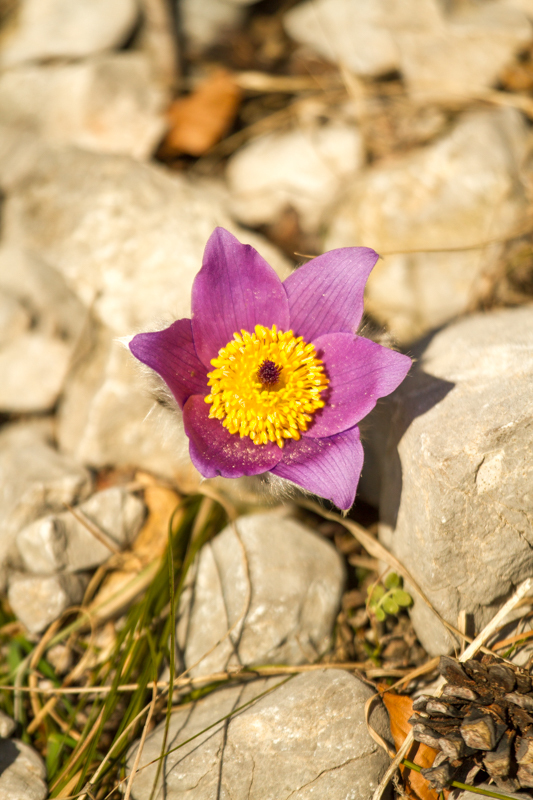