Small Caucasus is spreading from north-west towards south-east in the length of 600 kms approx, whereas in its north-west part, the mountains turn in arched way towards south-west,  approaching Black Sea Coast. The width of these mountains moves in range of 100-150 kms. From Great Caucasus massif, it is divided with extended plain lands, in west with Kolchida land, and in the east and south-east Kursk-Araksk low ground. At south-west edge, Armenian Highland is situated. Nevertheless, the frontier of both mountain systems is hardly to be distinguished, from the first view.

Small Caucasus takes the area of 120 000 square kilometres approx., and it is formed with a line of separate ridges and small mountain ranges. Most of ridges reach the height of 2500-3000 metres approx. The highest parts are those of Muro-Dag in Azerbaidyan, situated in east direction from Sevan Lake.  The highest mountain peak of Small Caucasus – Giamysh (3724 m) is arising here. To another important ridges could be arranged the followng peaks: Meshed Ridge (Mepsikaro, the highest peak - 2850 m) Shavshet Ridge (Karchal Dagi - 3430 m), Trialet Ridge (Shaviklde - 2850 m), Somchet Ridge (Lavar - 2543 m), Shachdag Ridge (3367 m) and Karabach Ridge (2725 m). 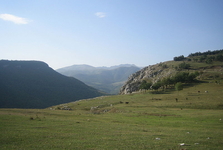 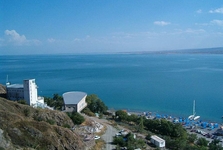 Armenian Highland is formed with extended system of ridges, table-plateau as well as volcanic massifs, situated in south direction of Small Caucasus on territories of Armenia, Azerbaidyan, Turkey and Iran. In west, the mountains continue in Anatolya Mountains and Taurus Mountain Range, in the east, the mountain system comes into complex of mountains, bordering  Iranian plateau (Zagros, Talysh and Elborz). Anyway, the highest altitude is reached with famous Biblical Mountain of Ararat (place, where Noah´s Ark was landed). It is classical cone of this volcano, 5156 metres high, arising over Ararat plateau, visible from far distance. Ararat has the second peak - Small Ararat - this is lower (3914 m). Both peaks are separated from each other with Sarda-Bulok Col (2687 m).

Ararat Peak became a symbol of Armenian Nation (despite the fact that it is situated in territory of Turkey), and it is well visible from Yerevan, capital of Armenia. The top of this mountain is covered with snow and ice. The second highest mountain of this highland is Sabalan Dagh (4821 m), situated in north-west Iran. The third place takes extinct volcano of Suphan (4434 m), situated not far from north bank of Van Lake. On the territory of Armenia and Azerbaidyan, there are to be found the other important mountain ridges, such as: Dzhavachet (Atschkasar - 3196 m), Samsar (Didi-Abuli – 3301 m), Gegam (Ashdaak – 3597 m), Vardenin (Vardenis - 3522 m), Pambak (3101 m), Daralagez (Gagi – 3120 m). 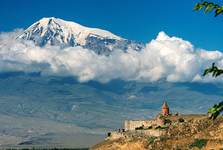 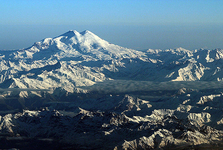 In the territory of Turkey, the mountain ridges continue in the altitude exceeding 3000 metres above sea level. In its north-west part, there are Yalnizcam Daglari Ridges (3363 m) and Allahuedkber Dagi with Kisir Dagi Mountain (3196 m). In north direction from Van Lake, there is spreading nearly 200 kms long mountain ridge of Aras Guneyi Daglari (Tendurek Dagi – 3533 m and Kochiran Dagi – 3688 m) and massif of Suphan Mountain. On the other hand, in south direction from the lake, mentioned above, there are situated shorter ridges of Arna Dagi (3350 m), Mengene Dagi (3610 m) and Hasskari Dagi (Uludoruk – 4135 m). Mountain ridges of Quarekcheh Dagi (2908 m), Kuh-e-Sabalan (4821 m) and Kuh-e-Bozqush (3306 m), are situated in the area of north-west Iran, concretely between Urmyieh and Caspian Sea. 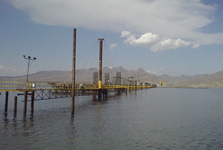 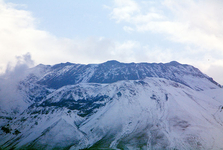 The climate in these separate parts of mountain ranges is very different. In the area, close to Black Sea, wet subtropical climate, with high precipitations (up to 2500 mm in a year) is prevailing. In direction to the east and south-east, so called semi-arid climate, (with precipitations 200-400 mm in a year), with hot and dry summer and cold winter, dominate.

Do You Know That? Kurdistan

Published: 24.6.2012
Probably everyone heard about this country, where is but few who really knows where lies the territory of which so vividly portraying Karl May in his story Kara ben Nemsi - Wild Kurdistan.