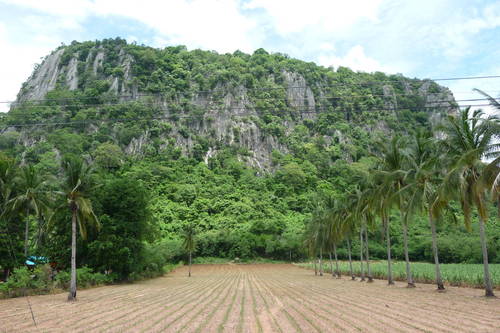 The climate in Thailand is tropical, temperatures there are high and humidity, due to monsoons. The months with the highest temperatures are April and May. On average, the highest temperatures in this period reach 35 – 36 degrees Celsius. The southeastern moonsoon that affect east Thailand and west coast. The monsoon brings rain season approximately until the end of October. For climbers it is a very pleasant season, for example, in the area of Krabi, the Sun isn’t shining so intensively. Still there is more than 30 degrees. You must most certainly think about the place carefully, and find out weather conditions for the time you will stay there. For instance, on the west coast weather can be unfriendly for several days due to monsoon. Your plans might be interrupted for this. The east coast is protected from bad weather by landmass, thus, weather here is pleasant during the major part of the year. 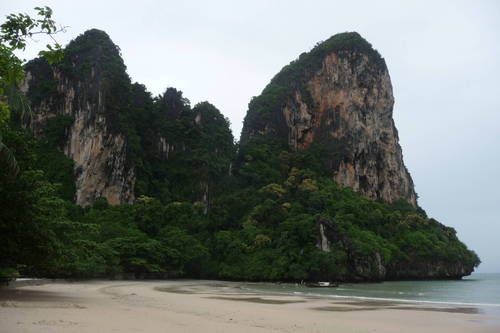 There are several options to climb in Thailand – in north, south and even in central Thailand. In the north, charted climb rocks are located around the town of Chiang Mai. Rocks in central Thailand are located near the Korat Province: Muak Lek district, Petchaburi Province: Khao Yoi district, around the town of Hua Hin and Pranburi etc. On is sometimes surprised how so huge rock can rise from so flat soil. Thus, Thailand offers many options to also establish new climbing trails. 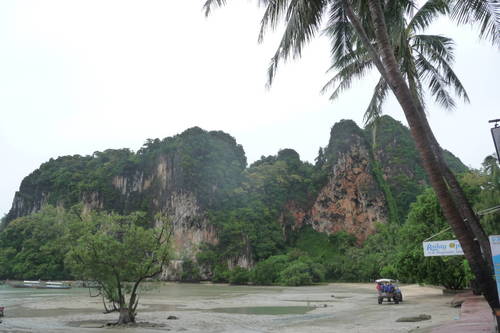 To climb people most often travel south, there karst limestone formations attract climbers. The formations are covered with thick layer of vegetation and this all is placed above romantic sandy beaches with palms; or they create geologically similar islands in the Andaman Sea. Well-known is, indeed, the Province of Krabi on west coast (774 kilometers from Bangkok, the capital). Mostly its peninsula poloostrov Laem Phra Nang, islands Ko Phi Phi, Ko Yao Noi and Ko Lao Liang. Of the east coast there are three islands: Ko Samui, Ko Pang Nang and Ko Tao. However, these islands don’t give so good options to rope-climb andboulder. 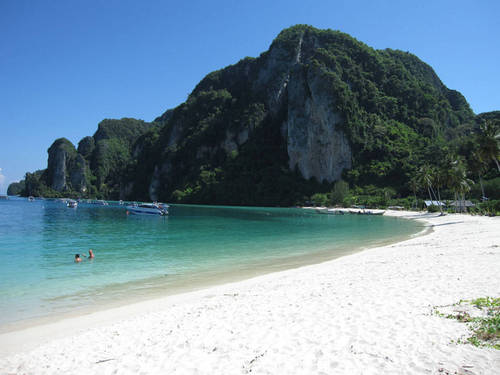 The Laem Phra Nang peninsula is well-known for its 4 sand beaches - Railey beach west, Railey beach east, Ao Phra Nang and Ton Sai. Above the two latter there loom high karst limestone cliffs that only wait for somebody to climb them. There are many climbing equipment shops on beaches with friendly instructors. More information about the peninsula itself you may read in following series of articles.

Phi Phi is also a great place for rock climbing. At several spots in the village you may rent equipment and buy a training. Average price for a two-hour session is 500 Bath (about 16 dollars), and 1 300 Bath (about 42 dollars) for a one-day course with trainer and equipment. The major clib area is located at a small beach west from Ao Ton Sai. It includes the Ton Sai Tower and the Drinking Wall, 15 meters, 30 meters respectively high walls. The newest attraction is cliff-jumping. Several agencies offer this jump from a 18 meter high cliff Phi Phi Don. 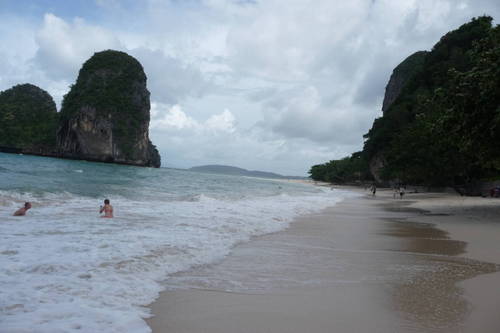 Agencies also offer „climb trips“ on islands – Island climbing, or even Deep Water Soloing; in this discipline climber climbs without a rope, solo. If he makes a mistake, or is just tired, he falls into deep water.

A French scale is used there.