Upon our arrival, we were enchanted by winter nature of Bosacke valley with the hill of Hajnice (341 m). Initially, we wanted just go through the town, and rather see the nature from the top of the observation tower. Soon, however, we had realized we would miss a lot by doing so. Except for typical family houses quarter, the town offer the ruins of the 13th-century late-romanesque church of All the Saints set in the southern part of the village, in an enforced compound. The visit to this former sanctuary was really mystical and mysterious. 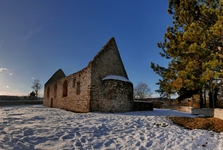 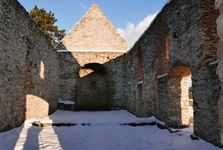 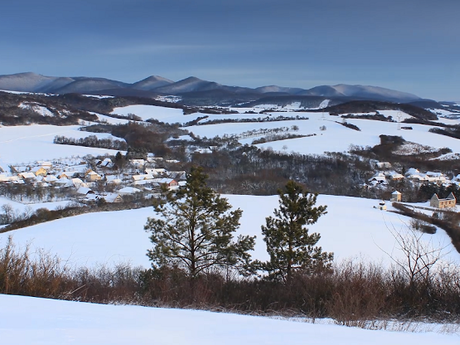 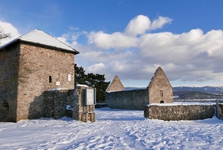 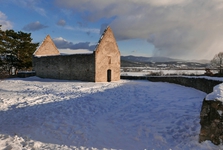 Haluzice was founded in 1398. At least according to written evidence. Archeological findings date the earliest settlement to early Bronze period . The presence of historical church suggest the village was an important place in the region. We had learned that there was a school by local parish. However, gradually had the importance of the village fallen. For a long time, it had been a part of the town of Bosace lying to the west. In the 1990s, it separated. Today, there live about 70 people. Sometimes tourists come here. 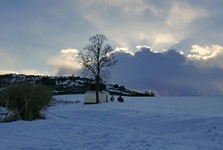 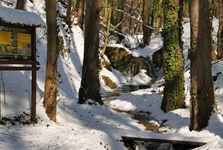 There is a tourist marking (green) but you wont need it. Just follow the Haluzicky River for it will take you to the church ruins, and the second, natural, landmark of Haluzicka Gorge which resulted from river’s erosion. The gorge splits the village to two parts. This unsual natural phenomena is about 1 kilometer long, 50 meters deep and 200 meters wide. Interesting thing is that you can observe how fast the nature can deepen and widen this place. Despite human endeavor to stop the erosion which endangers houses and people or the All Saints, the process was only slowed down. Since 1963, Haluzice Gorge has been natural landmark under the 4th level of protection. It covers an area of 3.5 ha. 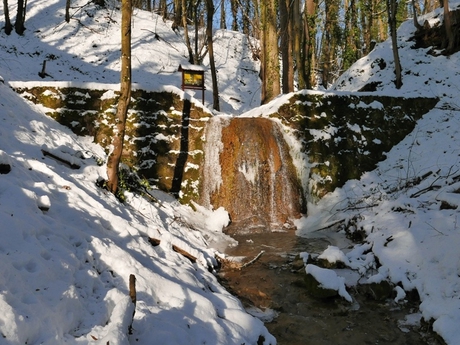 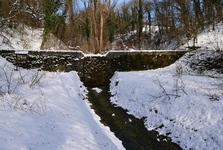 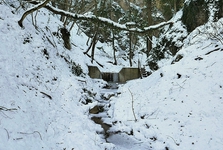 Observation tower atop the hill of Hajnice

We were very glad that the nature trail guided us through individual sights. It even helped us to navigate in the terrain, and also offered something interesting to read. We gradually returned on the tourist-marking path and climbed atop the hill of Hajnice. Up there was a 7.3 meter observation tower. The view from there was really beautiful. We have seen a beautiful scenery that included Povazsky Inovec, a church in Haluzice, Haluzice and Bosaca villages, ruins of Tematin castle, Beckov, or even the tops of the White Carpathians . It seemed to us that we even saw the city of Trencin on the horizon. 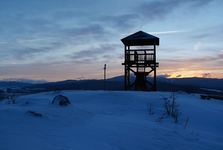 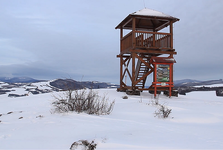 Despite the walk from the town hall to the observation tower took us almost 20 minutes, we spend the whole day in Haluzice and in its surrounings. We were astonished with Haluzicke Kopanice. We recommend you to visit it any time in the year.