The name of Portugal is derived from Latin word Portus Cale. This country is situated in west part of Pyrenee Peninsula, and Spain is its only neighbour. It is quite essential fact for

Portuguese history, that the territory was seized by German troops at the beginning of 5th century A.D. The troops founded there several Kingdoms. However, two centuries later, Pyrenee Peninsula was conquested by Moors. The town of Braga became unofficial centre of Catholic revolt. Anyway, the Portuguese see the foundation of their nation since 28th June 1128, when the battle near Sao Mamede was effected, and Alphonso Henriques was named as the first Prince of Portugal. One year later, he became a King of Portugal. Within 16th and 17th centuries, Portugal was real European power.The country was, together with England, France and Spain, in accordance with economical, cultural or military branches, one of most powerful territories of the world. At that time, the Portuguese started to discover and conquer the world. At  the beginning of 15th century, Madeira Island and most of

Acores Islands were discovered. However, in 1484, Portugal lost their greatest chance, when refused Columbus plan for a journey to India in west direction, as this idea seemed to be as too silly, not to be effective for realization. Anyway, ten years later, famous Tordesillas Agreement with Spain was signed. On Pope´s impulse, both countries went maniacally halves the world to each other. In the meantime, the Portuguese continued in their discoveries.

In 1487, Bartholomeo Diaz navigated to Good Hope Cap and Vasco da Gama arrived to India. In 1514, the Portuguese reached China and Japan. However, since 16th century, the decline of this extensive country begun. Within 60 years (1580-1640), Portugal was seized by Spanish Kings, and their colonies were assaulted by Spain adversaries: Englishmen and Dutchmen. Owing to disconsolate situation, many inhabitants emigrated to Brazil. The situation reached its top in 1709, when King John V. prohibited the emigration, as the country lost great part of inhabitants. 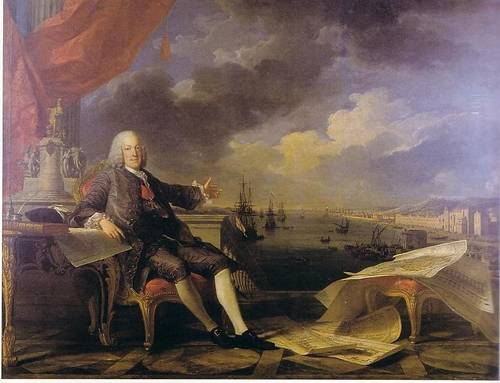 During next coming centuries, Portugal was in continuous decline. In 1926, military putsch

occured. As a consequence, right orientated dictatorship regime was introduced, led by Anthony de Oliveiro Salazar. This period, and next coming years including prevailing part of 20th century, is characteristic with a fact, that a country lost subsequently all its colonies. Nevertheless, dictatorship lasted nearly for next fifty years. Anyway, in 1974, „velvet carnation revolution“, modern democracy substituted dictatorship and this democracy is valid till now.