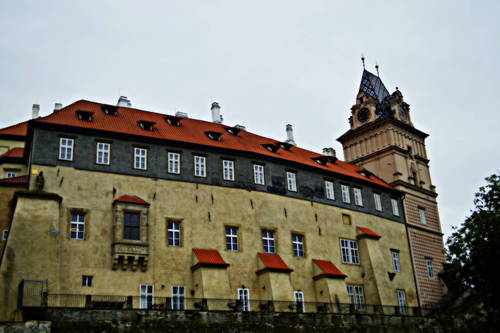 Moreover, you meet on spot vast reconstruction of local bridges over the river, so your orientation could be rather difficult, owing to many one way streets, causing complications during transit. 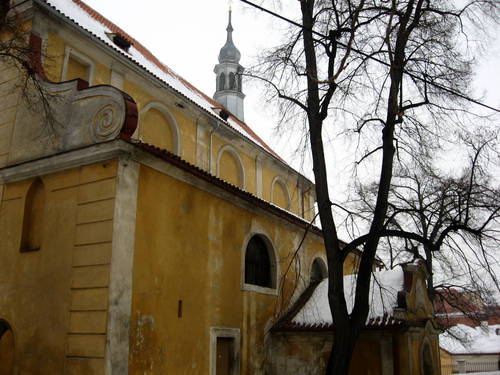 Two in one - disputes regarding cultural monuments

All matters which seem to be complicated, simple explanation in final context: From historical point of view, there existed here originally two towns, which joined administratively in 1960. Nevertheless, the inhabitants of Stará Boleslav tried, by means of referendum, to be independent again, however, few inhabitants came to ekections, so, the councillors meet in Brandýs Town Hall till now.

This office could be found on Masaryk Square, just nearby Information Office, this is more important point for tourist as any other town hall. Not far from here, Museum building is settled. At present, you can visit there the exhibition, showing Communist repressions against „untrustworthy citizens“.

Historical nucleuses of both towns were declared as monumental zones since 1992. Stará Boleslav and Saint Wenceslas - two names which are inseparably joined. The patron of Bohemian Countries was murdered just in Boleslav in 935. Not far from the square, you can find Romanesque Church of St.Wenceslas, reminding the place of his martyrdom and the first tomb of Prince Wenceslas. Just in its neighbourhood, Romanesque church of St. Clement, which preserved frescos of 12th century, which belong to the oldest ones in Bohemia.

Both churches as well as town´s gate of Pilgrim´s Church consecrated to Blessed Virgin Mary, are most important places of interest of Stará Boleslav. On the other hand, Brandýs nad Labem is connected maily with famous era of Habsburg Parentage. They had an affection for local chateau. The walls of this Renaiisance chateau are decorated with sgraffitos. Emperor Rudolph II. visited frequently this chateau. 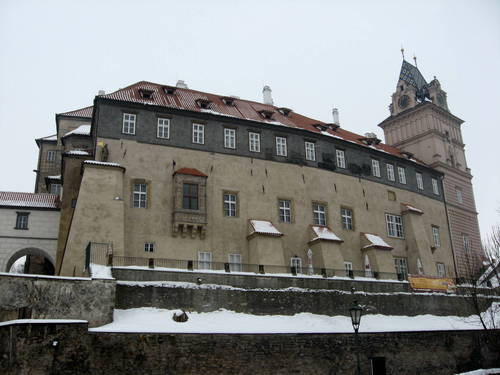 The town cannot be proud, for sure, on local Sportscentre and hotel. This monstrose building from Communism time period, situated among panelled dwelling houses and villas, is synonymously dominating to architectonical chaos of three neighbouring streets. The accommodation in single room costs CZK 800,- per one night. Czech Union of Body Training is an administrator of this object. When you pass this building, you are of the opinion that nothing had changed, from outside, nor from inside, within last twenty years. The only exception is a fact that Czech representative of Taek-wondo puts into practice the spaces for their trainings. In past, a Spartakiada trainings were probably used  there.

The town has eighteen thousand inhabitants. You can find here nearly everything, including local traffic lines, cinema (movie) or theatre. However, Jewish cemetery, local chateau as well as other tourist places of interest are open for public later, since April.

Nevertheless, it would be quite interesting to have a look into every-day life of local inhabitants. The temperature is moving slightly above zero degrees and firemen throw down the snow from roofs. „Would you be so kind as to help us?“ one local man is asking for, and jumps off in front of falling snow masses. The fireman beckons to him, maybe, he agrees, maybe, he declines, who knows?

Published: 4.1.2011
The life exists, where the water springs. This proverb was valid hundred years ago but it is actual even now, despite the fact that it could be taken for different importance at present. In past, the houses and villages were situated along water sources, in order sufficient quantity of liquids could be secured for the people.