There are castles everywhere in the Czech Republic. About 40 thousand buildings are marked as cultural heritage (castle, pilgrimage sites or statues). Another evidence for it is a castle, or the Becvary Mansion, located in the village of the same name. From the main road leading to Kutna Hora it is separated by a massive wall. A fact from the public as well. Ordinary mortals are forbidden to enter this dominion built in in 1591.

Becvary as a source for inspiration

The Baroque landmark, the interior of which is decorated with precious frescoes, now is home to musician Robert Kodym, known from the group Lucie or as frontman Wanastowi Vjecy band. He bought the castle in 1995. Renovated it and decided to hide from the public eye. So what? Important thing is that, this landmark won’t be just a memory in chronicles, since the Communists wanted to rebuilt it to the cow insemination center. It does not matter that you cannot enter it today. Maybe our children or their children there will spend there a few nice moments. And perhaps they will also learn about Kodym in history, puts on his slippers and a large castle will glide across the room prepared for testing or overhead, where the artist with a distinctive visage turn of the 20th and 21 century compositions. Becvarsky Castle has a total of 26 rooms. Except of the three in which Kodym lives with his family, all serve one purpose - music. 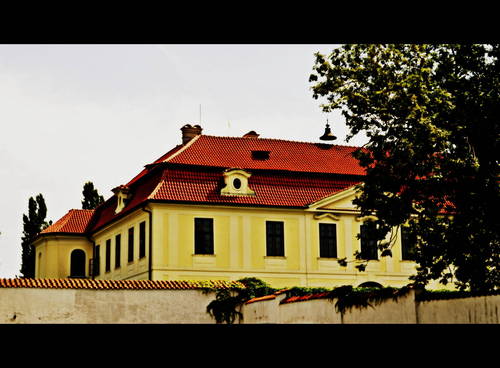 General Laudon said he had to sell honorary sword with scabbard decorated with diamonds, a gift from the Russian Empress Elizabeth in order to get Becvary Castle and adjacent land. Then he paid 70,000 gold pieces. Kodym for the same property paid five million, which is equal to the price comfortably Prague apartment.

Kodym is but far from being the only known personality who fell in love with peeling walls, fixed them, and now uses it for his personal pleasure. The same did also Karel Roden, a well known actor who manages Skrysov, or former minister Ivan Pilip that directed your taxes to his castle in Trnova. There are many individuals who decided to invest in historical monuments. Thank God. To Robert Kodym therefore is directed special thanks from the entire nation. Saved from certain doom former residence of Maria Theresa, General Laudon and others, without which the Czech history could not be. 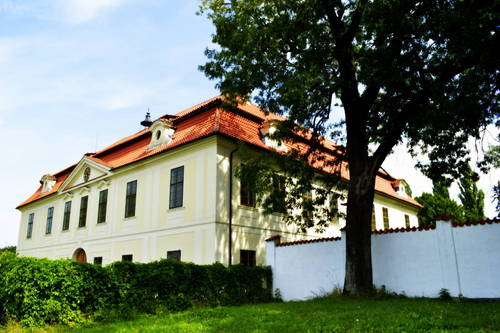 Today's reality is far away from the past with lots of servants, as we know from fairy tales. There are particularly worries about plaster, rotten rafters and other things that could fall on heads of new owners. And of course there are also significant costs associated with the reconstruction of these usually large objects. 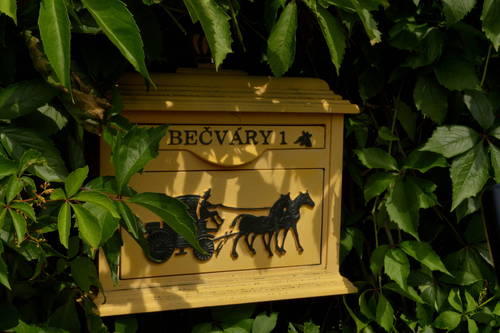 Becvary is the major places in the direction to Kutna Hora. It is a two-story four-wing building with yellow facade with white moldings and trim. Representative wing with double staircase is oriented eastwards - originally the garden with rare trees, was eventually turned into a football field. The original castle was built in the Renaissance style, its facade adorned sgraffito, only general Laudon had it rebuilt in the Baroque style. Becvary Castle one of the unique examples of late Baroque.