en.infoglobe.cz » Places of interest » CZ, Benešov: Not Only Junction, But Also A Piece Of History - VIDEO

Benešov, respectively Benešov rail station must know every good tourist who has ever travelled by train to the south of the country. But just a very few people know that the local station building is one of the gems. On your link there in a special lounge waited to be Franz Ferdinand d'Este or Emperor Franz Josef I. Today there crowds of people promenade – most of those, who use advantageous and about forty minutes long connection Benešov with the capital. Benešov knows also everyone who has ever visited Konopiště castle, actually still standing in the city land.

Karlov - where landmarks keep together

Due to Konopiště castle people unjustly forgot the equally interesting town centre. Magic is part of the city called Karlov in the autumn morning sun. The same name has the hill on which stands the church of St. Nicholas, parish, two belfries, cemetery and currently also nursery school that wants to wants, give this place life. Here around in 1219 was began to write a history of Benešov, in that time still expanding settlements around the manor with the church. 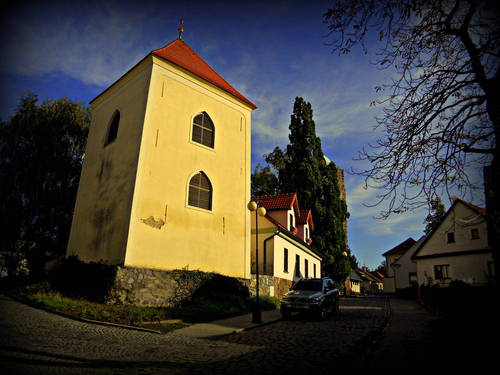 On school grounds is possible to see many things. Remains of the monastery but you can found only in Benešov. Right in front of Benešov elementary school, a former elementary girl´s school, is a bit unnatural torso sticking Franciscan monastery, another unmistakable traces the lives of our ancestors, namely Prague Bishop Tobiáš of Benešov, who had to leave built a monastery. Around the place, which in 1420 finally fired Jan Žižka of Trocnov when crosses with group to Prague, now is peace - mentioned school, gallery, park, restaurants and a sports centre. 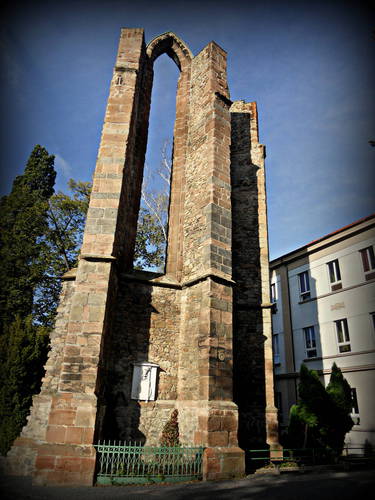 Bell tower, which is just a few meters from the monastery, may confuse its relatively boring appearance, even if it is carefully fixed. Simple form in itself, but conceals the second oldest bell in the country. Bell maker Rudger made it in 1322. After nearly a century the same bell was discovered during excavations in the ruins of the burned monastery.

On the Masaryk square, Benešov main boulevard, you can entre, among other things, by a gate adorned with eight-pointed gold star embedded in the blue field of the round, which casts its shadow on the facade of the neighbouring building. Original character of Šternberk genus, city simply adopted as its own, so today is kind of his successor. 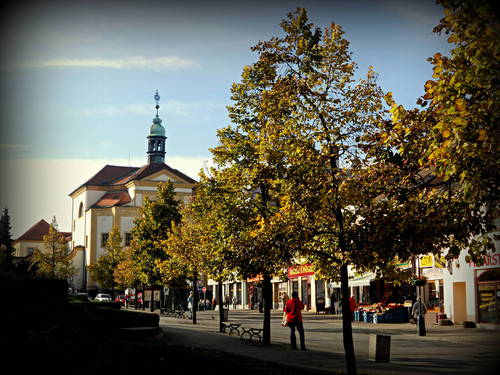 During a weekday Benešov is like any good city, full of life. The greatest dominant of square is the church of St. Anna, whose ledge above the main entrance, happily pigeons occupy, despite obvious efforts to rid the town hall. To the temple glued Piarist college but was there earlier than the church itself. 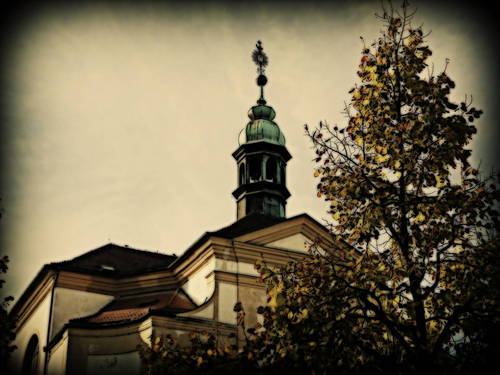