We went to Čáslav just after Christmas, so we caught the city in pleasantly lazy mood. It is a normal working day, a festive atmosphere but Čáslav lives on. Not just here but everywhere else in the world, except for places to celebrate Orthodox Christmas, in the days between Christmas and New Year celebrations people more dedicated to rest and maybe balancing the rapidly shorting this year.

Plague Column is heavy with candles, some burns, most of them already but extinguished. Picture of President Vaclav Havel speaks for itself. News of his death spread rapidly around the world, The Czech Republic for three days enveloped in sadness. Tearful days which were accompanied by deep reflection on the philosophy of this great statesman, are gone. Nevertheless, as if something has changed. People behave somehow better and it is not due to Christmas this year. 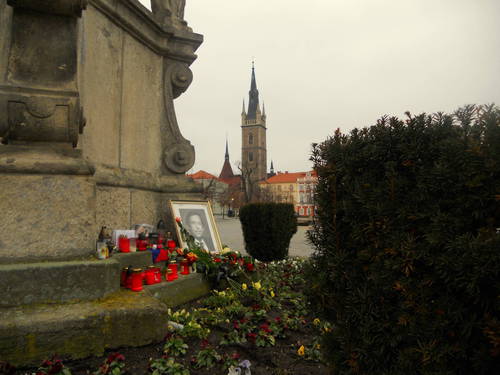 In captivity of the city walls

Well, back to the city Čáslav, his almost infinitely open square, where you pay per hour parking five crowns, a magnificent church with a spire towering almost to the clouds, the statue of the hero of John Žižka, after which the square is called, or to its shiny city hall. In Čáslav, where he lives over ten people, this day is half empty. All those who went for a walk for coffee or pastry shop to enjoy a slow Christmas atmosphere. 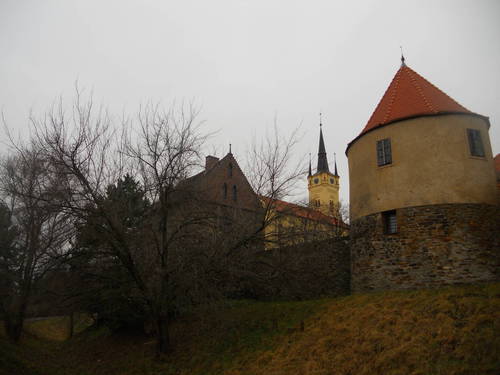 For the rest of year the city is full of life. People meet there on various occasions, which are usually organized local councilman. In November the people together to welcome St. Martin on a white horse, together gathered around the Christmas tree together, and also lit candles in memory of the late President Vaclav Havel.

In the shadow of St. Peter and Paul which includes the city's oldest monument – church of St.  Michael of 11 century, people live common. The temple is located right next to Town Hall and you can quickly compare the art of contemporary builders. It can not overlook a man who is in Čáslav for the first time can wrap around your finger with terrifying commonplace. Gives to show off their beauty and age, and his old man can not touch the walls. With interest people watch the centuries old small windows, doors or stone vaults.

Behind him quietly hides another from Čáslav gems - Romanesque church of St. Michael, who is now the sacristy of the church. When regothization church were in the bowels under the tower chapel in 1908 found the remains of John Žižka and so easy to explain why Čáslav square that bears his name, and his statue stands. 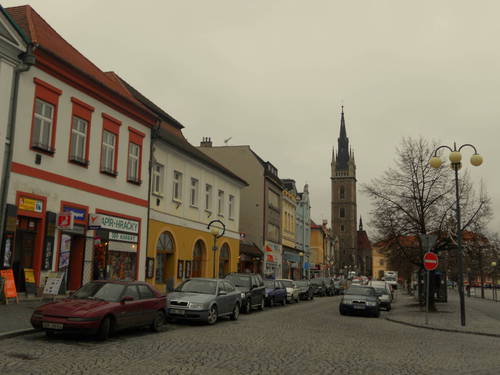 The ancient town, which today is part of an urban conservation zone, was once protected by walls. They survived only one-third. From the rest of Čáslav is also separated from one side of a deep moat. Place around the walls, plazas and pedestrian zone, which is adjacent to it, are the best for nice relaxing walks. The city had four gates which could get in, now you can see only one of its constituent parts, but not a single gateway. Dark Otakar cylindrical tower used to stand at the Brodská gate. Today, it protrudes into the Czech lion on a blue background, which is a sign of Čáslav, and under it the people calmly walk, locals as well as those who went there to see something new - the city Čáslav. 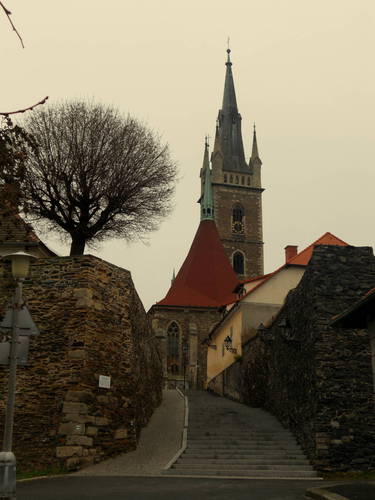