en.infoglobe.cz » Places of interest » CZ: Dřevčice - Stop In A Village Full Of History!

The truth is that Dřevčice, although only a few kilometers from Prague, belongs to Brandys nad Labem. For residents of this small village Prague is more important city of livelihood. Most of about five hundred local people commute there due to work. Bus or own a car is probably the best solution, because the trains don’t go to Dřevčice. The nearest train station is in, three and a half kilometers away, Brandys nad Labem.

Who would have thought that it is almost impossible to find something interesting at this place,   he would be wrong. While it is true that Dřevčice look more like a village which lives mainly around an important transport link between Prague and Brandys. It is enough to just a little more look around and you will see a lot of eye-catching. 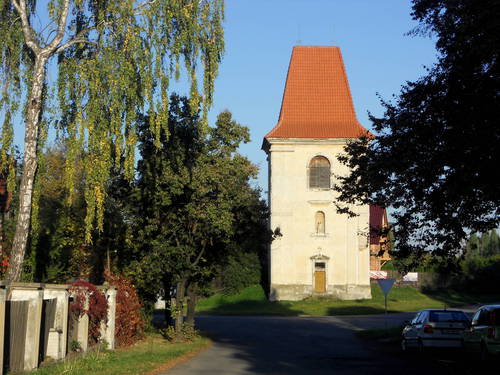 Journey from Prague to the place, where St. Vaclav was murdered - Brandys, surrounded by chapels. In Prague and the area around these chapels left in total 51. Memory of the last journey of the patron of the Czech lands remands five of them just in Dřevčice. In the turn near road to Brandys, on the same place where once stood the Chapel of St. Florian, there is three-storey bell tower from 1695. On each floor there is a hanging bell. In light of the autumn sun slowly setting looks lovely, got a new roof in 1998, but the facade would need repair with time.

If the buildings could speak...

Only a few dozen meters from belfry you can find the little church, correctly the parish church of St. Bartholomew. On the hill above the valley Vinoř creek is from 1384.  It remembers so much. If its walls could speak, the worst remembered would probably be the period of the Thirty Years War, when the church was burned. Soon after the tragedy it was rebuilt, according to chronicles, not too successfully. Bell Tower, which stood before the church, the madness of the war fell. From its original location but said the bells were heard well into the surrounding villages. And so it is perhaps well that it ended as it did. The triple ring bell no one can complain now. 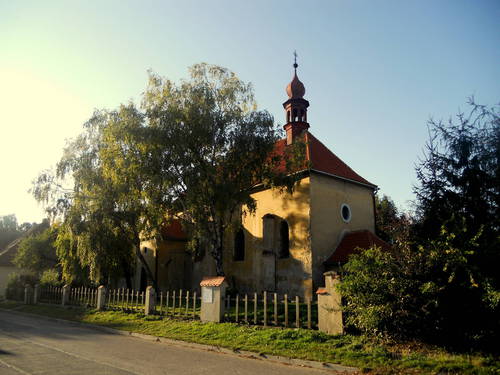 The church of St. Bartholomew is still reflected in the level of the adjacent pond and it is important. He contributed to the general reconstruction. It has endured everything possible so that it can look forward from it the next generation as well. Repair would need also one of the four Baroque portals, which are another decoration of Dřevčice.

One repaired portal rises above the entrance to the former Dřevčice fortress, which now bears the name VILLA DREUCICI and is owned by a private owner. If not, probably would be dilapidated, like the already mentioned local church. This is a unique building, which you won´t find that many in the Czech Republic. Without major reconstruction stood in Dřevčice from the 14th century already. Survived two major fires and the socialist period, when similar sights suffered the most. 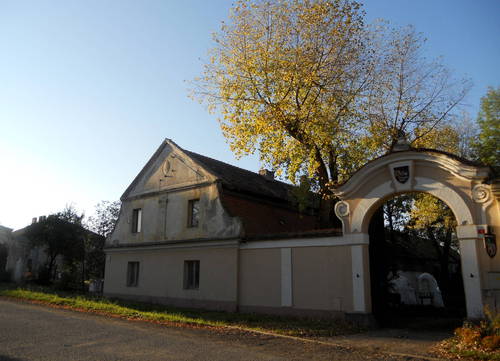