Do you want to build? Go to Drevcice

The story the fortress in Drevcice could easily be a scenario for some movie. Like most of the other monuments in  Czech Republic during the communist regime, even the fortress decayed. It is nothing unusual given the Czech realities. Shortly after the Velvet revolution, the fortress found a owner "par exellence". His name is Vladimir Zenisek and it was him who took us on a tour in his kingdom. A modest and very personal man who is not afraid of work or failure, once bought grain storage in Drevcice for a couple of crowns. After several years of hard toil he returned it to the people. 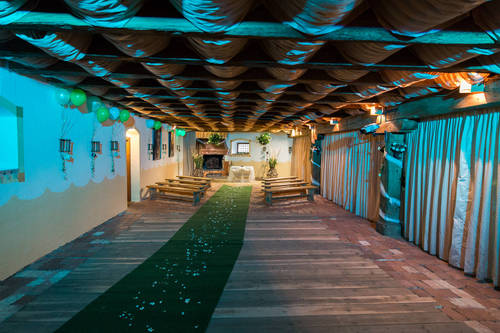 The visit to Villa Dreucici is an unforgettable experience, usually associated with significant events - weddings, birthday parties or corporate party. It is possible to visit Dreviccka fortress also as an individual. Definitely worth seeing how skillfully one can reconstruct a collapsed rock mass as comfortable and stylish can be adjusted. 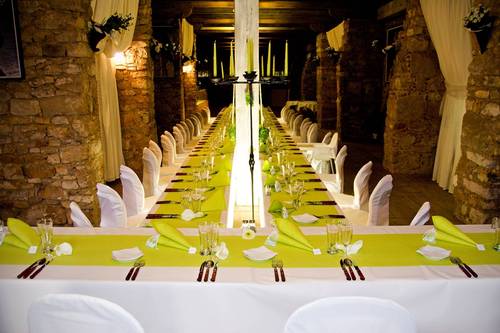 If you are just looking for a place for your wedding, you definitely should go to Drevcce. You will be enchanted with everything Villa Dreucici offers. You can count on personal attention to the extent that there is no closing time and that they will take care of many other big small things that one should usually take care of at the wedding. Indisputable advantage of the Villa Dreucici is its close commuting distance from the center of Prague. It is only 18 kilometers from Drevcice. Needless to say, in less than half an hour from the dusty city one can reach a completely different environment and with the help of tones of medieval music you will feel like you traveled back in time.

The fortress in Drevcice was known as early as 1052. Then according to the declaration of Princ Bretislav the fortress became a property of a church in Stara Boleslav Three hundred years later, in Drevcice settled a nobleman with catchy name - Bartholomew Kokot . The fortress then inhabited Bishop Jan Litomysl. From here he managed the financial affairs of Svitavy town. 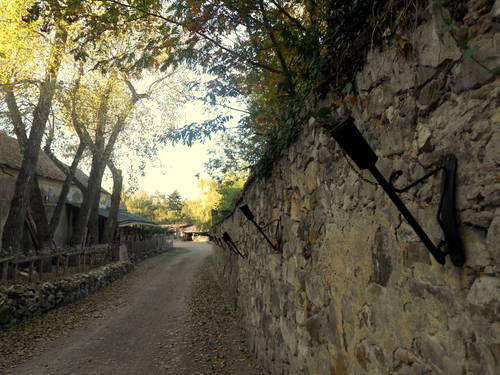 Scrambles in the late 14th century between Olomouc Bishop Nicholas and his enemies led by Ales of Cimburk, ended up in the attack led against the fortress in Drevcice. The decision of King Wenceslas IV officially returned the fortress to Bishop Nicholas. Who would have thought that the village around Prague can solve the problem of Olomouc bishopric? It happened in 1413, when the fort was used as collateral. It was now possessed by Janek of Chotemnice, a Vratislav hetman. He also proved to be a poor farmer who does not pay his debts. He borrowed namely 700 grosh from Jetrich Tluska of Vraby. Because he did not returned the money to his creditor, he had to cede the stronghold to the latter for the period of four years. In affirming the document, however, writes about the castle, not a fortress. 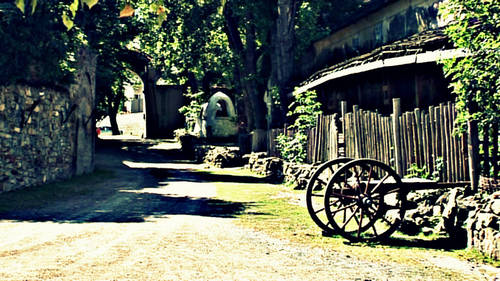 Also emperors got involved in affairs surrounding Drevcice. They were, for example, George of Podebrady or Vladislav Jagiello . This gives Drevcice pretty serious meaning. Various skirmishes then accompanied the life at the fortress in Drevcice until 1584 when Hynek, the last descendant of the House of Vrabsky, died. He is burried in the local church. From then no one had stayed in Drevcice and the fortress had served as a granary.