Published: 12.3.2013
Horky nad Jizerou is a village around the River Jizera where around 450 people live and where everyone knows each other. There you can feel true atmosphere of countryside where is a river, weir, old houses and fresh air.

Spring wakes up but here and there is still some snow. But it can easily motivate people to go outside. Here in Horky nad Jizerou it is not a problem and a walk along the river is ideal for relax. People interested in historical sights would like the castle easily visible due to its light façade. Earlier things worked differently at the castle of Horky. It used to be more ritzy, this place. 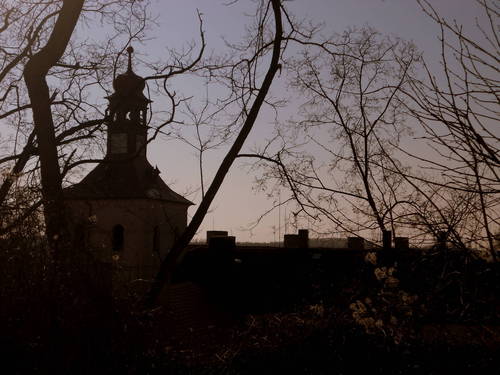 A castle on a rock and repaired/unrepaired church

It is not a coincidence the castle is located above the river. Earlier on the same privileged place there used to be a wooden stronghold. It’s inhabitants guarded a ford and were on alert and fully armed when anyone approached. Today, two bridges are visible from the castle that stand close together – one is for car passage and the other for trains however, there are no rails on it. Unaccompanied children are not allowed to step on the former. They should use the car bridge for a passage. It is clear a board with a sign cannot be avoided and more so if there were men-at-arms instead of young boys at the castle, like in the old times. 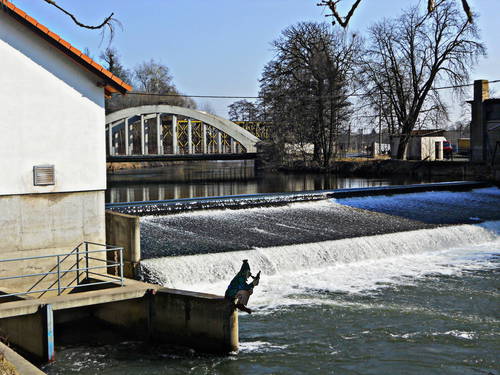 Well, we shouldn’t jump form the year 1346, when the Horka settlement emerged around the stronghold, to the present. Lets take it chronologically. It is almost needless to write that lots of property holders changed there, or owners, if you will. It is no surprise that the greatest “revolutions” happened there in post-Bílá Hora era. In that time the castle was due to a revolt against the Habsburgs confiscated by the Kaplířové ze Sulevic and it was later sold to the lord of Klarstein, the owners of Horka for another one hundred years. W

The last member of the dynasty František Mikuláš Hartmann bid the castle adieu in a glorious style. He “dressed” the whole castle to the then modern baroque except one renaissance tower. Besides, he also demolished original church and build a new one - the Church of St Nicolas . 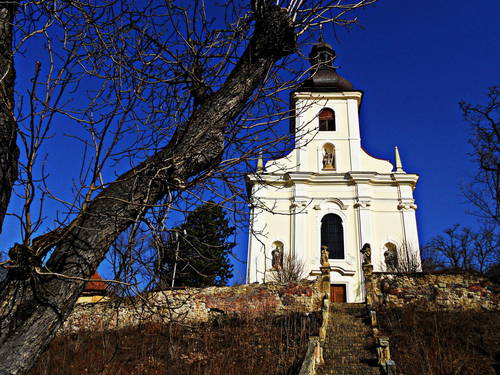 There go old stairs from the castle with stone half-collapsed banister. Nevertheless, they are still enchanting. A garden and a stone wall that surround this house of God with a brand-new facade were not renowned yet. Perhaps this year they will be. Meanwhile there are only gravestones around the church covered with moss. Another stairs go from the village’s center where local municipal authority is to the castle. This time they are renowned. 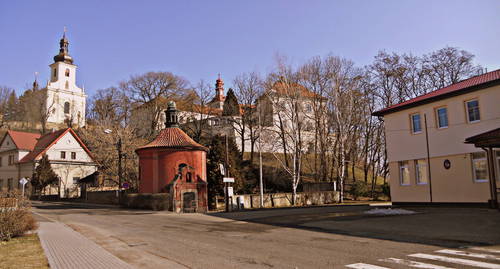 War – fight for power, property and land, The more I have, the more powerful I am – the credo of those who cause wars. Still relatively recent is the Second World War, a time during which the Germans settled there and right after the Soviet army and then, finally, the communists who took over the place in the name of collectivization. Since 1951 a school has been operating there. Since 1933, Josef Hégr, a director of a Czech export company, owned the place however, together with a castle he lost his farm and lands. The Gégr’s family got their properties back only after 1995, despite the restitution the residence of an agricultural vocational school remained. 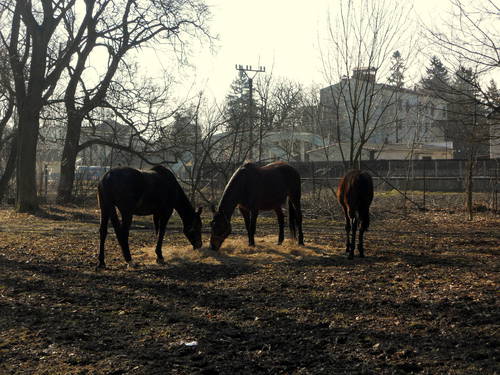 Today, Horky nad Jizerou is a pleasant place from which you can set out to trips along the Jizera River, particularly fishermen like the place. Horsemen and horsewomen also know Horky because showjumping competitions are held right next to the football field. Within the district of Horky there is also a natural sight of Stará Jizera.