There is a beautiful town hall on Palacky square, however, most visitors look at the other end where they spot a horror – well, the former regional municipality. Monstrosity made of glass and concrete is not something that makes Horovice beautiful. Its communist design, even technical sight, i.e. several loud speakers made to circles, are not doing any better. 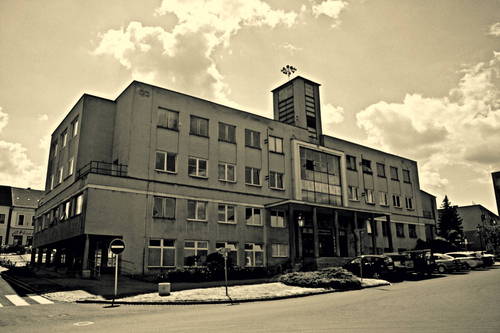 There are other monstrosities in a town that Jan Neruda described as Bethlehem in his feuilleton A Trip to the Region of Poverty. In 1866, Neruda described poverty of local nail manufactures – the so-called hobnailers. Today, he would write about contrast of folk architecture, baroque and buildings built in a typical grey communist façade. It seems like somebody just threw them around in Horovice without even any chronological order. 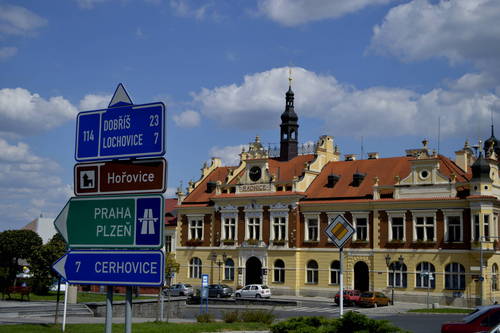 Cheer on Towns with Public Toilets!

Near town hall workers are slowly finishing the building of the century, as locals call it, in Horovice. Quite unnoticeable building is overshadowed by red tobacco shop that is going to be public toilets. Really classy toilets. During plaster renovations original paintings appeared. Public toilets would fit every town and Horovice would serve as an example to other towns without this facility. 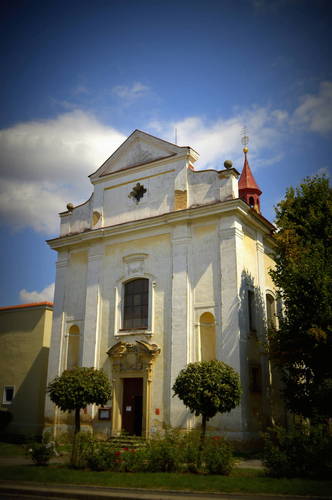 Lets get back to the town center and main sights – town hall and the Holy Trinity church. Town hall stands in Horovice since 1585. However, the second one, the one we can see today is the second one built in 1898. In the bottom part of the square is the Holy Trinity, a baroque church. Since 1684 it was part of Franciscan monastery and today there are held only regular services. Present artistic elementary school used to be monastery. Right next to the church is a loreto and Immaculaty. The main tourist sight there is Horovice castle. There we will go some another time. 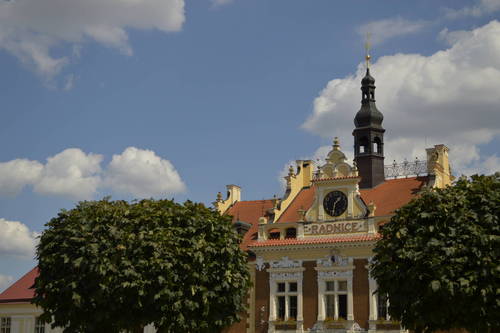 Horovice, a town with about seven thousand people, is located on boundaries of Cesky kras and Kokorinsko Protected Landscape Area. For this it is a natural starting point to treks to local nature. There is also a popular “I” on Palacky square. 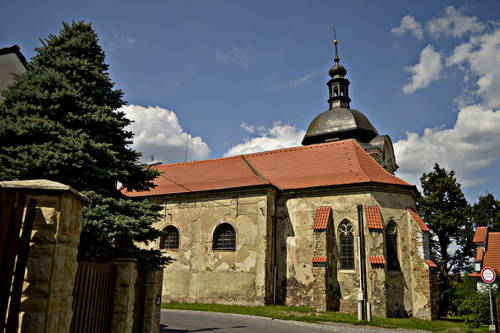