Well, his work this little village famous throughout the world. Just the name of the village Hrusice, can in many of us conjure up a smile. Right in his native village, in Hrusice and its surroundings, famous painter and writer Josef Lada drew inspiration for his drawings and stories. There he lived a piece of life, lower Posázaví knew perfectly and was so full right to make his famous cat Mikeš stretched all possible corners Hrusice that sent him on trips to nearby Mirošovice, Mnichovice nearby or even to Říčany.

When we consider that all this had to do one cat, although in boots, plus arrange a lot of things, so hats off in front of this black furry genius, but especially before the ice fantasy and art portray her so perfectly. Cat in boots is the world's second most famous Czech book. Similarly, and with great success loaded with clever fox. Worldwide famous works are the illustrations of his great friend Jaroslav Hašek, The Good Soldier Švejk. 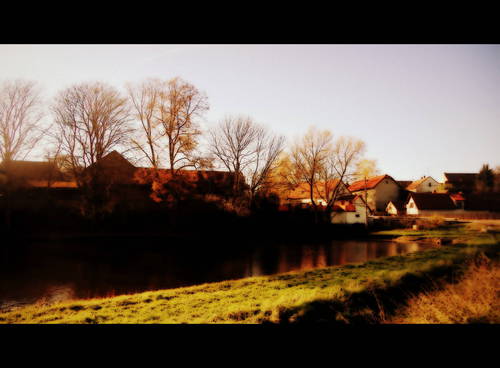 The biggest fairy tale, but the real building is a late Romanesque church of St. Václav from the early 13th century, with preserved portal. In front of the rectory of 1914, also known from Lada pictures, linden tree stands. At the church, except the first memorial to victims of World War I., is also board with a description of all houses used in the Lada's fairy tales. From there you will learn what building was demolished, which was given a new form, and which of them are still standing. 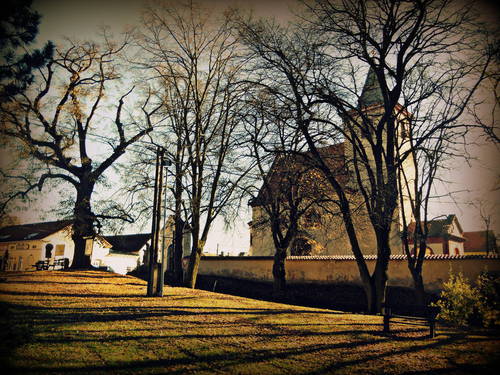 High tower shows where the square and thus all important where it would move something. This pub famous image of Lada called Dances and his later work Pub brawl. According to the number of parked cars, is now a pub important place than the church. In Hrusice it is pub U Sejků, today tastefully painted in Lada style, divided into two buildings facing each other across the road. Before, when so many cars didn´t ride, it was this division Identify practical than today, but still has retained its charm and atmosphere.

Even today, definitely worth it, first check whether the peace inside, and if so, to pubs, which is careful to ensure that everything was stylish, come in and sit a while there. We can almost guarantee that the same probably can´t resist, even if you want to resist the temptation, because the scents that emanate out, simply will not let you go. 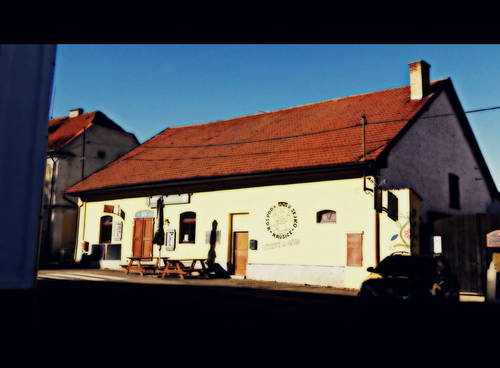 Hrusice dedicated to its famous native actually almost everything. Before the local authority is his memorial. The whole village is riddled with various boards and labels, like ice work. But most visitors learn about Josef Lada when visiting Memorial, dedicated itself to artists as well as his daughter Alena. It is situated on the edge of the village, in summer villa of Lada. 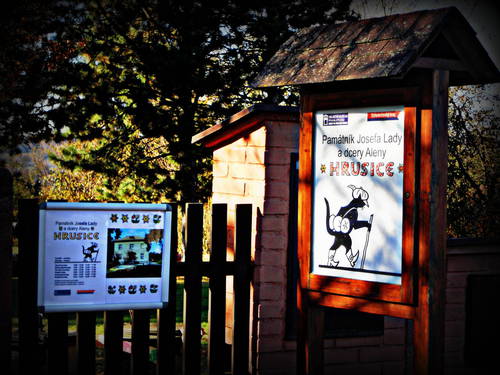 The uniqueness of works of great artists

Like Bedřich Smetana, though deaf, could conquer the world with his musical achievements, also Josef Lada despite his visual handicap, his original style swinging high above other artists. In this spirit, the Lada was a kind of Smetana's successor, because he was born three years after Smetana died. Both donated art, although in other areas, both battling with disabilities a sense that was dominant for them, and both were exceptional.

To be concrete, Josef Lada as a half year child fell out of the cradle and accidentally put out an eye, which amended its spatial perception and later significantly influenced the whole of his work. Czech painter, illustrator and writer was born in Hrusice in 1887 and died in Prague in 1957. 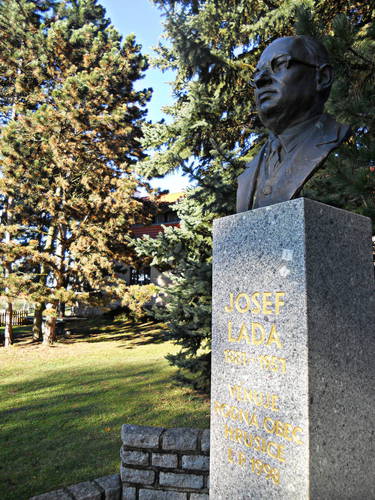