Although, the old chateau has a new roof, the building itself is in decay. It does not bring much life to the village. The new chateau, Jemniste, has new visitors almost every day. Most cars and cyclists passes villages, where only a handful of residents in the summer season.

Lady in an historic costume sells roasted almonds at the parking lot. In a hot summer all those who visit Jemniste would prefer rather an ice cream or a cold beer. Her almonds do not sell very good. But because of the almonds to a beautiful Baroque palace does not tell nobody about. Parking costs 40 crowns and dogs in the castle grounds not. Even on a leash. Little furball in her handbag said but never mind. 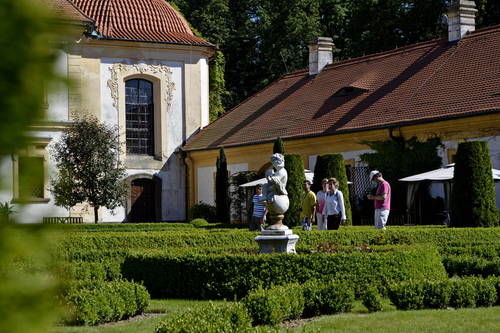 A large gate, beautiful courtyard, with which the gardeners have probably still great work, shop and restaurant - all that one notes at first glance at the courtyard at Jemniste. However, visitors will learn much more if you decide to explore the castle and if you pay for entry into the beautiful garden. 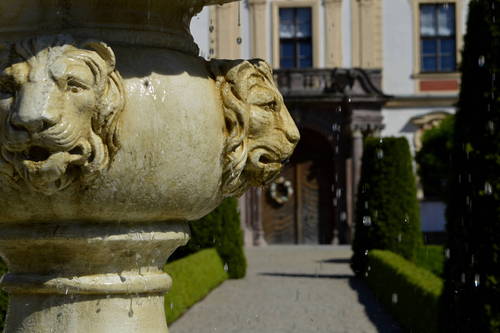 History of everyday life of nobility at Jemniste dates to 1381. In that time, there was still what we know today as the old chateau. Then it was rather a chateau surrounded by a moat. Benes of Cimburk, later of Jemniste, lived there.

Old chateau building, too small, later did not meet its owners’ demands and eventually it was decided to build a new castle - comfortable seat that meets the strict demands of his first Mr Frantisek Adam of Trauttmansdorff. The construction lasted only a year. Already in 1725 the chapel was consecrated and the new owner could move. This new age did not last long, though. In 1754 the chateau burned down. Only the St Joseph chapel was preserved. The same owner rebuilt the chateau. 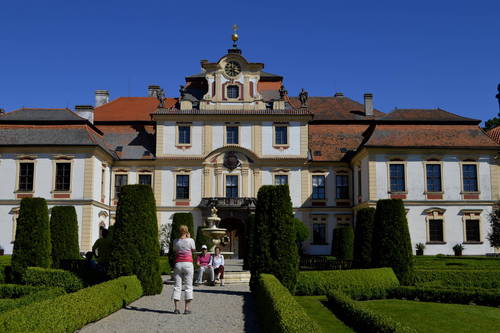 The chateau had several owners. But let's stop at the one, whose name is associated with Jemniste chateau up until today. Count Zdenek Sternberg. Who as owner of the nearby castle Cesky Sternberk bought 1868. The Sternberg lost their property in the war time and the subsequent communist rule. They got their right to Chateau Jemniste ownership back, however, in the year 1995. The Sternbergs, specifically, the grandson of Count Zdenek Sternberg with his family, now occupy the left wing of the castle. Operate castle and many other activities associated with extensive property of the family. 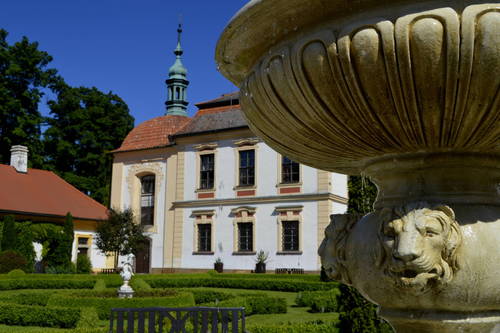 Chateau Jemniste suits well in such occasions as weddings, family celebrations, or as a tourist destination. You may do there some sports, eat good food, learn about culture and history.

CZ, Fairy Tale Castle of the House of Sternberg

Jemniste is an ideal place to relax, but also a place to regain your knowledge. Visitors will lea...