The atmosphere at these three places of Czech country is absolutely different. Karlštejn lives almost daily and background of the castle towering above the river Berounka attract to a people like a magnet, even in winter. South Bohemian castle ruins Landštejn significantly reduced the commerce compared with Karlštejn and instead of that, bets on a friendly atmosphere.

Ruin of Jenštejn castle stayed in the shadows behind the famous Czech monuments. It is known by few of people and this place does not seem to hope that it would ever became an attractive location. For lovers of history, but also fans of cycling but can be an interesting target. 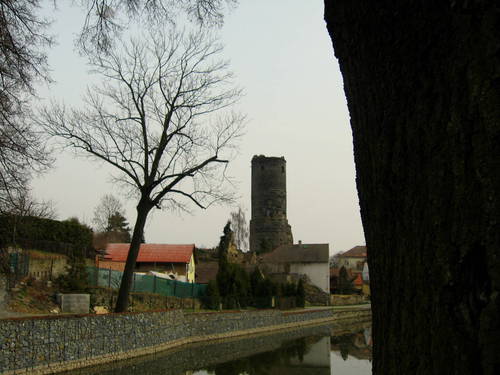 Jenštejn lies a few kilometers northeast of Prague. The landmark of village or if you small town, where live about four hundreds of inhabitants, is a black castle tower uncomfortably pressed on newer development.

The landscape near Prague surprisingly touched and it is possible to notice especially in Jenštejn. Hill heads around the local pond and the Home for the elderly and also the layout convenient landscape obviously were the reason why to build this water castle on the rock, which is in the same place already since 14th century. Then he founded by Jenčík of Janovice. He left to make surround on its three sides, into which water flowed from the pond.

Never in past Jenštejn wasn´t actually lucrative seat of rich Lords. The owners of the castle were changed very often. In around 1600 started to be clear, that this fight about surviving of this “naughty” building is lost. At that time the people who kept the power designed the castle like a derelict. Since then till 70 of last century much wasn´t changed.¨ 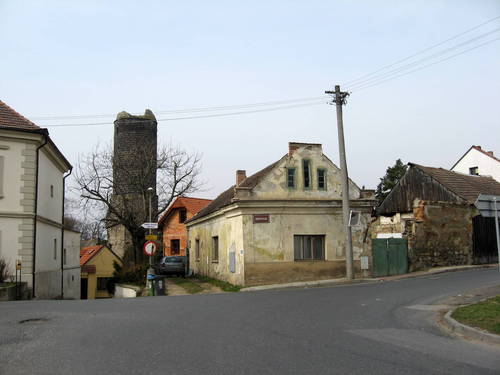 When something is owned by nobody, so it is destroying, until it falls ...

The last century and the Communists, who had reigned for long forty years, didn’t wish the best to the monuments generally. And so it happened that the castle Jenštejn fell into disrepair. Masonry fallen from the round tower served as a building material for later houses in the vicinity of the ruins. Comrades reflected in a time when this piece of history, in whose surroundings started to be dangerous to move, began to threaten the neighboring building. In 1977 the castle was repaired and opened to the public.

For lovers of history, the castle Jenštejn is the unique. "Line tourist" would be disappointed by a trip to Jenštejn. Definitely it is not a place where people have to wait in a queue to get a ticket. A short stop in this place might be nice.