en.infoglobe.cz » Places of interest » CZ: Kamýk Above The Vltava - The Predecessor Of Karlštejn Castle - VIDEO

Landscape that stretches along the Vltava River, especially in the spring lead cast all sorts of ways. From the river bed rises up into the hills, from which then the Vltava River offers beautiful views. One such place used to be Vrškamýk castle from which the nobility had watched them pretty local ferry make money anytime someone wants to get to the other side, rode on hunting and lived a comfortable life mansion. Today there is just debris from which the river through which the leads 110 long modern bridge, you can´t see, so wasn´t anything to control.

Pleasant, recently built road, where you do not need any extra condition, take you from the subtle but modern village Kamýk, to the same named castle ruins of the castle - ancient summer residence of the famous Přemyslovci family. The castle Kamýk is mentioned as well as Vrškamýk or Hunec. 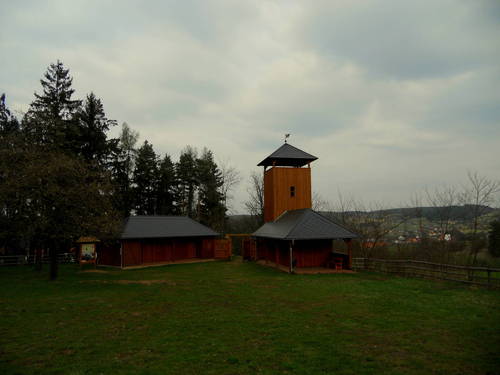 Not at all what should be surrounded by history, there seems to Kamýk up too shiny. New information boards, new benches, new dungeons - also the tower ruins near is new. And the new is itself ultimately ruin - recently reinforced. The locals decided that a stone from his treasure over the city, make a tourist attraction, reached at the European subsidies and managed to work. Ruins and what he calls today a modern tourist stands. It should be noted that the parking lot that community leaders had promised, not yet. Parked on the grass along the road, the number of parking spaces is proportional to the ruined castle - a couple of cars will fit in there. 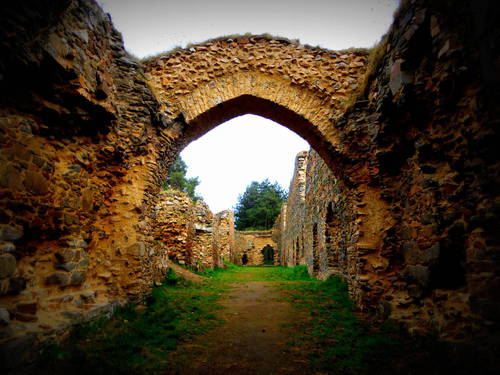 On the way, which is used for cyclists, from the information boards about the Kamýk Castle you can learn lot of things. After about two hundred meters, you can stop to inspect a new tower and see Příbram. Along the cherry orchard, which will be more interesting in early June, approaching ancient history, so do not be fooled by everything around you is new.

Before the Karlštejn castle...

Try to imagine how the same place just arrived Prince Frederick and his hunting party, whose stay in Kamýk was already in 1186. At that time, but so far there is no stone castle stood, historians speculate on the wooden fortress. Stone appearance of the castle began to build up Wenceslas I, who between the years 1236 - 1247 likes come back. About the completion of building, however, cared his son Premysl Otakar II. 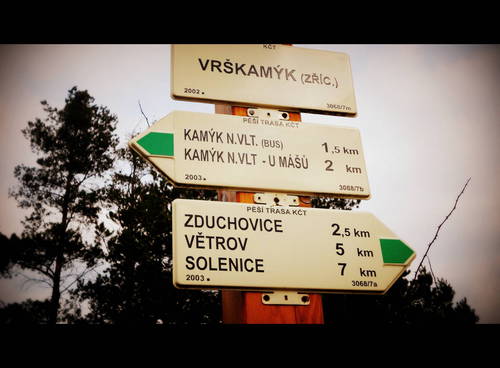 Then it was pretty time at Kamýk, grew new under castle town of Kamýk and the castle used to be called Old Kamýk. In the 14th but come the end of the century gold Kamýk times that economists today would call failure. Jan Lucemburský left Kamyk and his son Charles IV. bought it and converted the king's money between Karlštejn and Dobříš.

Till today there is a speculation about what Kamýk affected. They talk about "some" disaster, which is not explaining the theory, but also that the construction of the castle was badly founded circumferential wall, so it was not so hard and left it in ruins. Even as abandoned and no longer in the shadow of the famous Karlštejn, which was still closer to Prague, then was re-sold in 1569.