You can add visit of Karlstejn to a legal code, it is a hyperbole of course. But, it is possible that with our new government some representative that lobbies for the Region of Central Bohemia will push through even something as bizarre as this. Many people in the Czech Republic sure would not be surprised about it.

Mandatory or voluntarily – a visit of Karlstejn, one of the most popular castles in the Czech Republic is just worth it. If you do not like commerce you would probably suffer in Karlstejn town and around Karlstejn Castle itself. It seems just as a one gigantic market. There are shops with everything and it seems they make good profits for their owners. First you see signs in Russian, then in German and English. Russian is more common than Czech in Karlstejn. There are products with Russian symbols, i.e. the USSR symbols and it just sells like hot cakes. 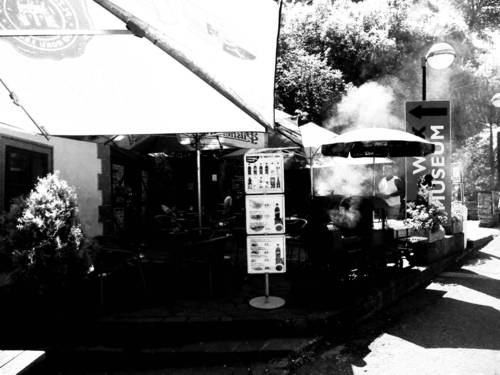 You can smell sausages, old-Bohemian trdlo, typical Czech cuisine and even Italian specialties. There are lots of restaurants and stalls with refreshments. You only have to choose right and it can be tricky sometimes. We were not that lucky because our typical Czech “svickova” had artificial taste in it. Even plain goulash was not better. However, the prices were high as in top ranked restaurants. Well, we are at Karlstejn, on a place where buses with myriads of foreigners flow in. They usualy have their trip as a part of some affordable package. They have money so why wouldn’t we, the Czechs, overcharge them. 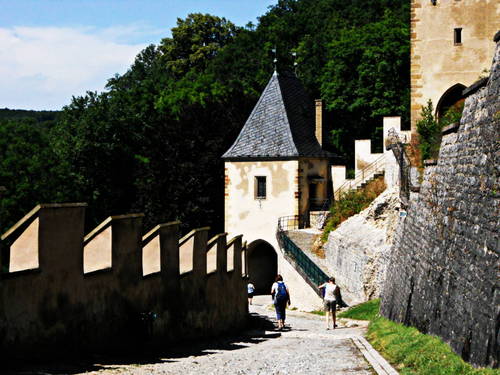 You easily move to the middle-ages if you don’t get distracted by colorful decorations on gardens, merits or hairy caps with a red star on them, hustle of vendors wanting to make money. You are in the presence of the most important Czech landmark that Charles IV, the Czech king and the Holy Roman Emperor, built in 1348. He made is to hide royal treasury there – coronation jewels, and holy relics. Karlstejn is not the most well-preserved of medieval castles. Castle Kost hadn’t changed for more than 5 centuries. 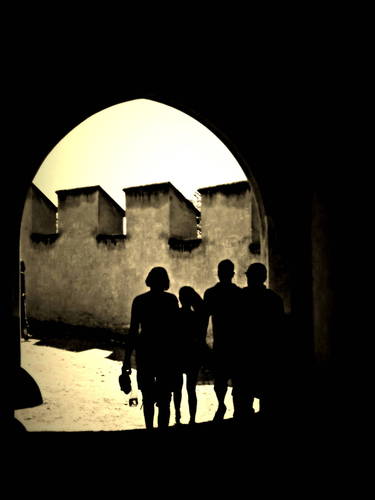 Cashier is not in her form. Above her head there are flowing information in red color telling about events at the castle. It is a hot day and there is a snake of tourists waiting in front of her box. She sends tickets with minimal eye contact, she quickly says when the tour starts and cashes hundred or thousand crown bills. Everything works smoothly. Soon you hear: “English tour” from the gate and a group of English speaking tourists stands up to hear something of famous Czech history in 50 minutes long session. 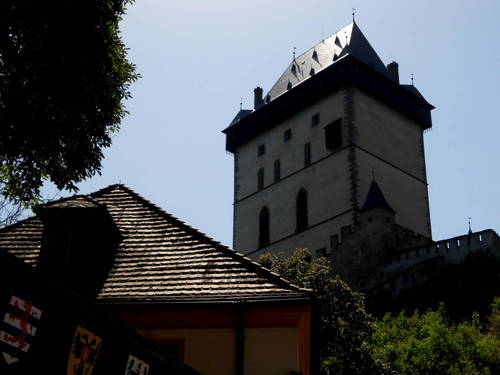 You can avoid queues because Karlstejn is on of a few castles to which you can buy tickets on-line. Visitors Even don’t have to stick to the main season because Karlstejn is almost always open. Guides can walk you through three guide tours – the first one takes you to private and official rooms of the famous king, the second tour shows sacral parts of the castle and also the Holy Cross chape. The last one is the Great Tower with an observation deck. Without chatty guide you can get only beneath the 3rd gate. 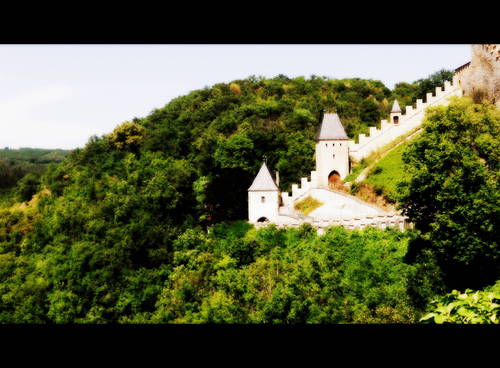