Already the road leading to Castle Kokorin suggests this would be something different. The landscape is just a marvel – soft wavy terrain tamed just all right. Ponds, marshlands, and swamp, pine aroma and pleasant warmth of sandstone bedrock. But it is unnecessary to write long passages about this for almost everyone has been at Kokorin. During the school years it was perhaps obligatory, at least for pupils. 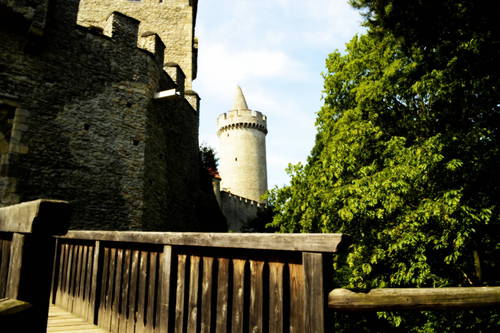 The same landmark that just changed in the course of time

I also had to go there with my classmates once. But castle visits were just insufficient substitute compared to plays at playgrounds or in forests. We hated also guide’s presentation, only great slippery slippers made it bearable. Children full of energy paid attention only during a passage on hygienic facilities. It is good twenty years since my last visit of Kokorin and, to be honest, I remember nothing. However, this year the same place had an entire new light for me.

Even today buses, which bring new children visitors, park at a lower castle. Except some interesting cone they take nothing with them from their Kokorin visit. Perhaps some day in the future they will link the present with the past and appreciate the beauty of this place. 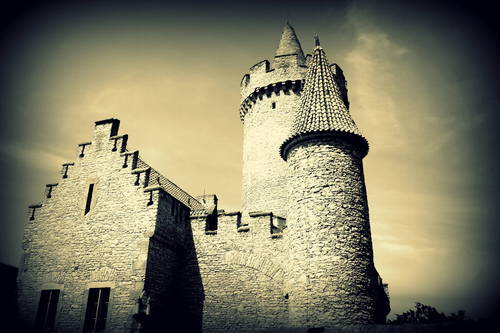 A meander road leads to the castle se

In a dense forests are many hidden and serpentine roads, which every car, biker or walker has to interweave in order to reach Castle Kokorin. Towers of this romantic castle are not that visible, however, it is just another reason why to look forward to visiting Kokorin. They would be new for you. The parking lot is the last place where tourists can park their cars; next you have to walk on your own. You can go via a road (more pleasant option) or via a shortcut – a steep pathway with many roots under your feet and in some places with worn-out small wooden stairs.

The story of Kokori

Castle Kokorin is one of a few monumental medieval landmarks that are not owned by the state. Perhaps, that’s why tourists may enjoy different sort of atmosphere there. In 2006, it was restituted back in the hand of the Spacek’s family; they followed their ancestors’ path and opened Kokorin to the public. 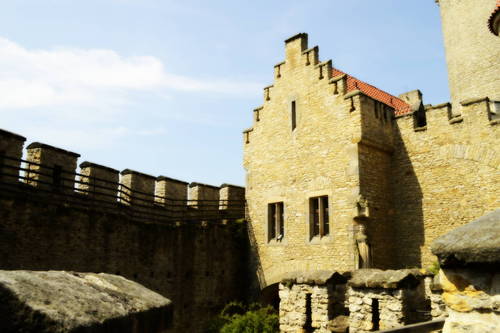 Since the Thirty Years War Kokorin had been decaying. When the war ended, Emperor Ferdinand declared the place cursed thus it was forbidden to repair it. However, thieves were still interested in the castle and lived there for a while. Legends tell terrible stories about the Petrovsky of Petrovice. Kokorin became ruins in the 19th century, still nation knew about it and romantic Karel Hynek Macha loved its landscape. But there were also others who found inspiration in Kokorin’s forests. 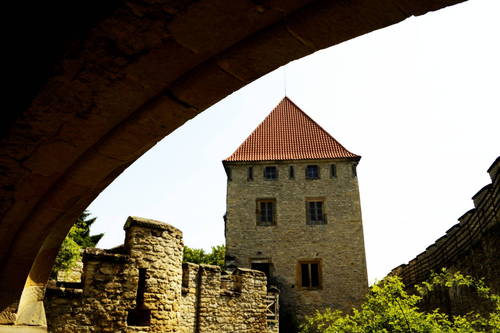 Today, everyone can get some inspiration at Kokorin. There are two affordable tours to buy. If you just want to enjoy genial view of the landscape you will pay just for the entrance to the tower and don’t bother with the rest of Kokorin. But those who want to explore the castle would learn it is worth it and later they would gladly return to the south of Kokorin valley. Also a camp at Kokorin offers fair accommodation.