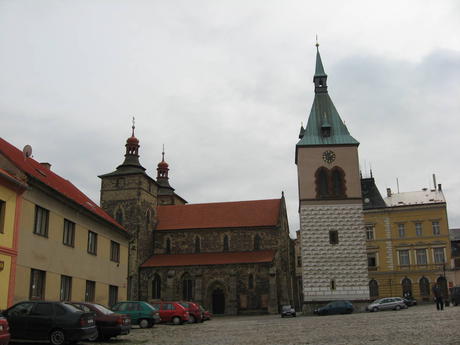 Their existence to the building has undergone many architectural changes. It was repaired several times, there was built a side chapel, or it went through some renovations. Change has also elements of decoration along with paintings, unfortunately many valuable works of art were destroyed. Traces of the past, from the Middle Ages through Hussite revolution and the Thirty Years War, the number of fires and other disturbances are signed to these changes. The present appearance dates to the 19th century.

The description of buildings is divided into three parts including the most important things:

The church from the 12th century was originally in the Romanesque style. Only one arcade that was later rebuilt with other architectural features to the Gothic style. Also windows were enlarged. The main altar dates from 1905 and is made of wood and is artistically decorated. On both sides there are placed benches for exceptionally large number of priests, which documents the broad-based participation in religious ceremonies and thus the importance in the history of the building. 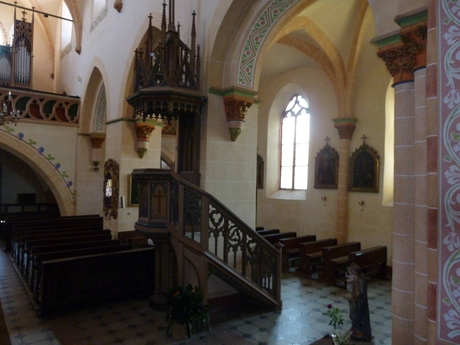 The chapel of St Catherine was built in the basement of the late 13th century. In 1994, the accidental flooding of the chapel helped to discovered original paintings that have remained hidden for years under 12 coats. Professional stripping and restoration lasted until the yeaer of 2007. An interesting feature of the dome itself is a central column (called the Tree of life), into which converge the main ribs of the other vaults, which can be compared to the lace, even though they themselves were created later. These elements make the building unique. Ceiling paintings depict angels with the then existing musical instruments, various biblical and historical scenes, headed by the crucifixion of Christ. The chapel was built as a tomb for the clergy. It has two entrances - for better throughput in the worship of the dead. Small windows remained in its original Romanesque style, is the original decoration of the vaults. This section is considered the most valuable. 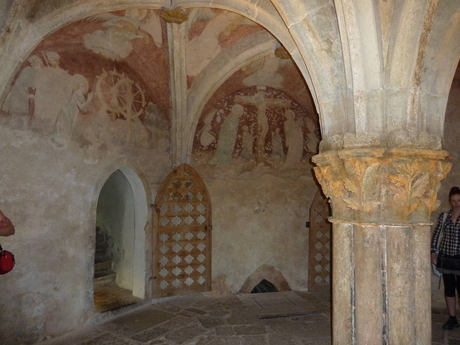 The bell tower is located in a high tower built in the early 16th century adjacent to the church. Out of four bells that were there originally, only two remained on the top two floors, Stephen and Mary (1671). Here, you will find another unique thing, because both bells are hung up and anchored in the heart of the oak beams. Shaking those bells through pedaling is not easy, in earlier times, it was life-threatening, as set in motion such a colossus in such a tight space, then it extra stop in position against the laws of nature, ie. hearts up, requires real skill and experience. Today, the bells are set in motion only during important events. 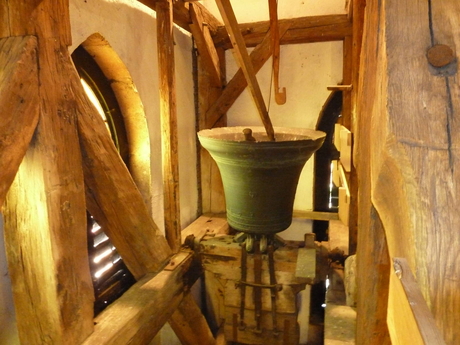 A tour of the church and bell tower tour provides the Museum of Kourim, which can be found on the square, near the monument. It is also accessible on the International Museum Day, European Heritage Days or Church Night . The tour lasts approximately 1.5 hours. 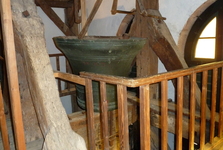 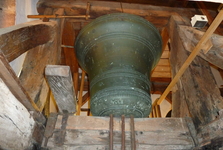