Shortly afterthat, the Americans threw down the town more than 1200 bombs and got Kralupy one sad priority - most destructed Czech town during the War. As a target of American Army, a Kralupy refinery was destinated. This refinery became a part of Benzin-Benzol-Verband-Nochum German complex. However, the production of benzine was stopped since 1943, but the Americans destructed the object, including railway station and one tenth of the town at the same time. Together 248 persons (145 persons of Czech nationality) lost there their lives. 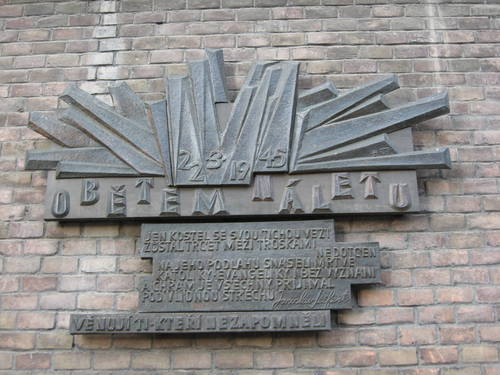 Only Neo-Gothic church of Blessed Virgin Mary and St. Wenceslas remained undamaged among smouldering ruins. A plate with an inscription on its lateral wall reminds most sad event of local Kralupy history. Maybe, thanks to dense smoke, which went up from this struck factory, even two bridges, which connected both banks of Vltava-river, remained undamaged.

The town´s reconstruction was not fully successfull: the square as well as town hall are missing

The reconstruction of bombarded town was dependent on  following Communist regime. So, several new quarters of dwelling houses were built in Kralupy, including new railway station building and House of Culture. However, all is made in uniform style, relative to Comrades taste at that time. 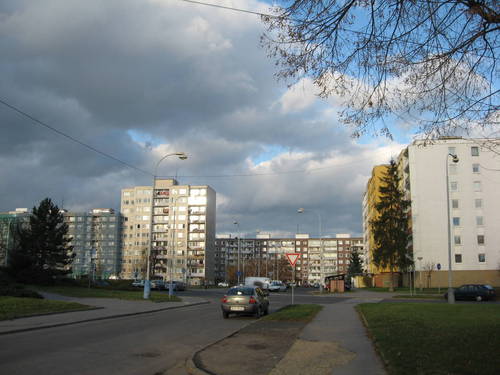 Town Hall, mostly ostentatious building, symbol of each town, is not to be found in Kralupy. Moreover, you cannot find even main square, in a place, well visible from all parts. So, town hall as well as the square are completely missing in Kralupy. Ideal view of town is to be offered from Hostibejk look out tower, situated on a rock above the town. „Nevertheless, the politicians promised that the square will be constructed, maybe, within next couple of years!“ young women is looking forward to. It is a speciality, of course, that the square is missing. 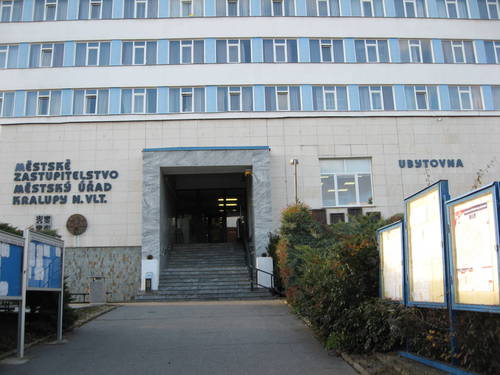 Anyway, some „pseudo-square“ could be thought over (with some rate of phantasy) on a space, not far from railway station. As a dominanta, it is deserted hotel-building. According to local fresh information,  the town is decided to buy the building and made there the town hall. But before this idea will be realized, local councillors are to be met in leased spaces of Sport Hotel. „Anyway, the Ucrainian workers have their lodge just nearby!“ local young Kralupy native describes the situation. „Never mind, our railway station is very nice and modern!“ continues her story. „We have there even social hall!“ she adds. And she is right. The railway station building in Kralupy could do, without compliments, a competition to Prague Central Station. Frankly speaking, Kralupy building would be more attractive as Prague Central Station, before reconstruction. But, to tell the truth, making comparison to the other railway station buildings abroad, both buildings loose a lot behind!

The siren which resounded in 2002…

… and woke the whole town. Maybe, the siren sounded so urgently as in spring 1945. All people foresaw what could happen. Anyway, hardly anybody supposed that the scenario could be so threatening. Hundred years´ inundation destroyed in Kralupy nearly all what was in its reach. „The school-building was flooded up to the first floor. And we looked for some suitable places, where the lessons could be effected.!“ local native describes such terrible atmosphere. „We had good luck, that the water remained in cellar only. But everybody was forced to leave  the house.“ Except Vltava, even Zákolany torrent, flowing throughout, inundated part of the town, too. 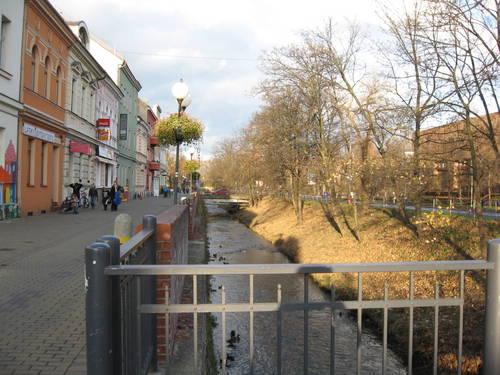 Cukrovar a Vltava quarters are divided, except inconspicious way for pedestrians and cyclists, much more expressive barriere - green polished pipe-line. You  are unable to overlook from any view-angle. According to local information, just warm water, supplying Cukrovar quarter, is flowing inside. The opposite Vltava bank is occupied with ducks and swans. They are not afraid of people, being pleased to meet them every time when somebody is approaching. They are not leaving this area in winter, having no reason, as they get all they wish. Local people domesticated them perfectly. 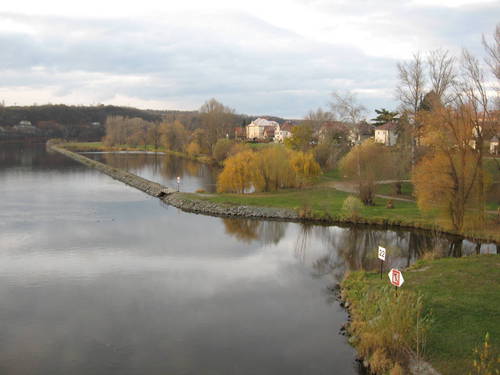 Maybe, something more that poultry, and, for sure, in complete different way, Kralupy was loved by Jaroslav Seifert, riter and poet, Nobel Prize carrier. His mother was born there, and he himself spent there a lot of time. Even several books of poems were dedicated to Kralupy. His tomb could be found in local cemetery. In museum, you can visit his memory hall, where this Nobel Prize is to be seen.

Published: 8.10.2007
Town of Kralupy nad Vltavou with 18000 inhabitants is situated in Mělník district 30 kms distant from Prague, along the stream of Vltava river. First written notice about this town in Central Bohemia comes from 1253.