The land in the region of Rakovnik that seems like corrugated iron. It demonstrates that its landmark, Krivoklat Castle, is unique in a way. Compared to Karlstejn, one of the most popular sights in the Czech Republic, Krivoklat looks like a clumsy silly billy. 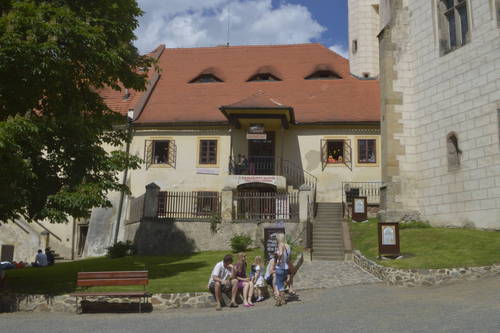 Connection between Krivoklat and Karlstejn is Charles IV

To compare these works of architecture is not fair even though they are of similar age. They are related through a lifespan of one human life and its work. A small prince Wenceslas, later Charles IV connects both castle. As mere four months old baby he spend there several weeks and three years as already three year old boy. Then he did not understand intrigues veiled in high politics. He didn’t even understand why his own father John of Luxembourg took him away from his mother. She allegedly wanted to took power from John and rule over the country. Charles IV grow up on the castle and even his first daughter was born there. 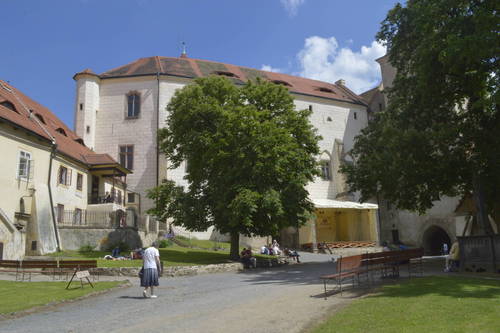 Krivoklat or its present form, was built in the 1300s. Kosmas in 1110 already mentioned some building similar to the castle, yet archeology as science based on hard evidence placed Krivoklat to the 13th century. For classic tourist not a historian, it is enough. Lets be honest. Who remembers old dates?

It is hard to find story for the date is so old. However, we can tell you a lot more on reason why Krivoklat was built. Premysl Otakar I or Wenceslas I had an idea to rebuilt the construction that stood on later castle’s place. Monumental building standing on a rocky cliff took decades to complete. A complex work of architecture was built there. Due to the length of construction it was influenced by several styles. The distinct part of Krivoklat is the circular Romanesque residential tower. At the bottom it is protected by massive fortification. 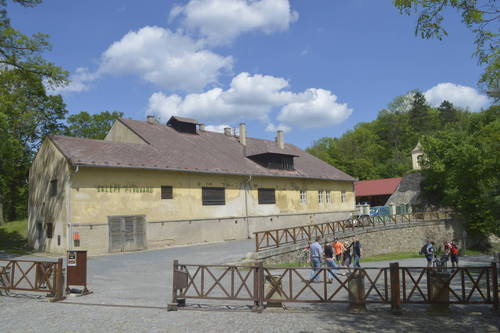 Krivoklat is one of the oldest and most important medieval castles of Czech dukes and princes. To its visitors it offers a couple of guide tours. Three of them with a guide. In those tours visitors could explore the castle from the basement to the attic. Another four tours take from three to eight kilometers. They show the castle from different and more distant point of view. Handicaped people on wheelchair and families with strollers can get there really easy.