Small inconspicuous village of Losany is located about seven kilometers from Cologne, you can win the sympathy of passing easily. Why? It has a number of interesting places associated with key moments in Czech history. And as we know, history repeats itself and the one who doesn’t know it, hardly orients himself in the future. Therefore Losany, with a handful of community residents, belong to places where one gains knowledge - for example, about the famous battle of Kolin, a native of General Josef Masin or the local fortress.

Fights took place at many places around Kolin

Read about ancient battles, or perhaps play soldiers? There is nothing easier than go in person to a place where the famous battle of Kolin took place. There you can enjoy the atmosphere of battle, when mixed with hot military blood with fertile soil of flat area in Polabi.

Where once heads were falling, there is a field hospital, today the graves of the fallen are hiding around the church of St. George in the shade of thick deciduous trees. The place where now stands the cemetery next to the house, used to be a hospital. 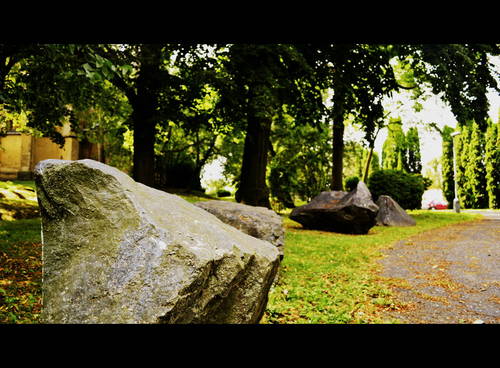 The battle itself took place on much larger scale. It was not limited only to Losany.. Monument to the Battle of Kolin can be found also to near the hamlet of Krechor where the most intense fights took place, or on the top of Bedrichov. But the monument can be found practically in the vicinity of Kolin.

Between 1756 and 1763 the Seven Years' War raged, or the third Silesian War. Then unbelievable army of 54,000 men on the side of the imperial-royal with 36 thousand Prussian troops fourght. It is probably not hard to calculate that the bigger army had the upper hand. If it was the numerous Austrian army led by Field Marshal Leopold Daun, whose summoned Marie Theresa, or the "Prussians" King Frederick II. 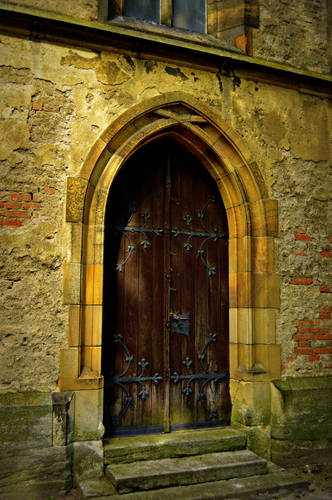 Well, what was going on in the battle? First of all, it was life because 60% of all soldiers were dead or injured. In the long run it was one the most important battles in the Seven Years' War, because of her win back the monarchy lost confidence and honor and hope revived also in other battles for supremacy over Silesia. Frederick started the siege of Prague. The day of the victorious battle 18 June 1757, was designated as a "day of the birth of the monarchy". 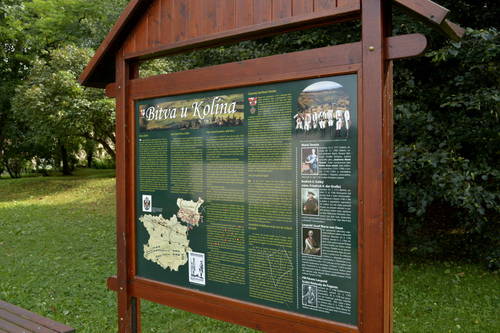 How did Losany looked like in the time of the battle? It was one of the saddest places around, because there was a hospital and also mentioned mass graves where locals buried more than 1,200 soldiers. People of Losany also involved in the care of the wounded and pulling the dead from the surrounding battlefields.

In addition to the completely fundamental events associated with the Battle of Cologne are also interesting fortress of Losany that stands here. If it was not but 17 meters high stone tower, one would easily overlook the memorial of the second half of the 14th century. The former seat of the Lords of Losany was built from a home broken stone, and occupancy served the second, third and fourth floor. The fort is now owned by a private owner. 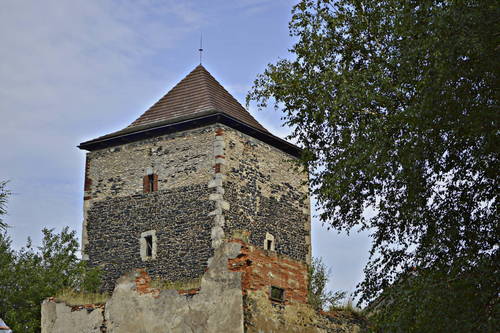 Just a few steps from the fort there is another interesting place in Losany. It is a birthplace of First Republic Colonel Josef Masin, tireless military rebel who had problems because of their temperament everywhere they walked. It became fatal for connection to a resistance group known as the Three kings who during the Second World War aired secret dispatches to London. At one event he was arrested by the Gestapo and tortured and interrogated for several years. Masin was one of the few who resisted his hands after his arrest. Never betray your allies. He died after Heydrich's assassination in 1942 the Kobyliske shooting range in Prague. For heroism Masin was posthumously promoted to the rank of General Major in 1995.