en.infoglobe.cz » Places of interest » CZ: Loučeň Castle - A Place Where It Lives - VIDEO

Who would in Loučen look for dilapidated ruin with the clammy walls with atmosphere ancient establishment of the former power, he would be obviously disappointed. But the Princesses, who look for the luxury would fell there perfectly and naturally.

If would be possible the castle Loučeň described in one word it would be clearly the word "commerce". Best captures everything is, what is a romantic spot near Nymburk should be paid. A Parting is really everything. Admission to the gardens is ninety crowns. 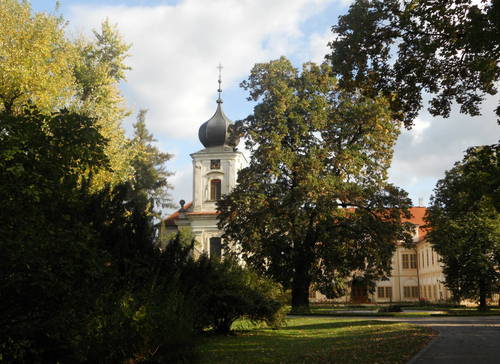 On the other hand, we must say that in Loučeň there are many reasons why to pay. Everything in the castle and its surroundings is perfect in every detail, from the entrance vestibule and in fact everything what can get you at first glance. With a ticket you will also get a plan so you can boldly run along well-kept gardens full of mazes, gazebos and stalls with traditional puff – paste calls trdelník or ice cream.

The gates of the castle Loučeň remain open almost continuously for the visitors. Only in the winter time when it is possible to see the castle is a bit stubby. In Loučeň you probably spend what you can, but it will be worth it. Tour, which is the only palaces fun glide through huge slippers, in Loučeň turns into a truly engaging and informative walk around the castle chambers, the door opens when you valet His clarity or even mere princess. 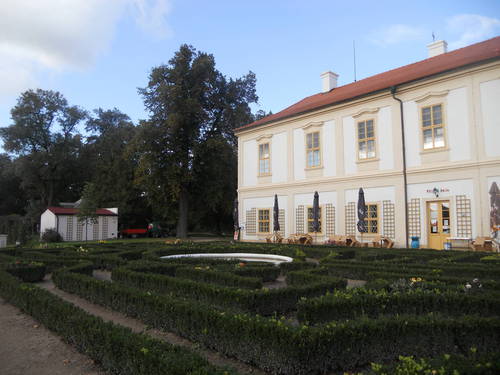 Lost in the maze of castle

We do not need remind that the castle Loučeň is primarily a place for endless romance. Walking through the large park full of labyrinths and mazes remain the biggest attraction especially for children or beginners couples who momentary loosing between bushes or grass will help to significantly reduce any awkward moments of silence. And such moments can be eleven mazes and labyrinths designed Englishman Adrian Fischer, innumerable. Quietly you can lose in the streets or yew Buxus. Worse it will goes through the maze of rocks or grass, where they barely hide your ankles.

An interesting challenge may be Grooved labyrinth, where you introduce into the middle letters of copying song lyrics "Rides, rides Post doll." A song about the postman, of course, is no accident but a direct relationship with the family of the then owners of Castle Thurn - Taxis, including the founders of the European mail.

Continuity with the most difficult jump the Great Pardubice Steeplechase – Taxis moat and the House of Thurn - Taxis are not random. The first of the famous annual race had aroused heated discussion of the nobles, who were always connected with horses. The sharpest debate is playing out around the most feared - then Pulpit jump, today Taxis ditch. 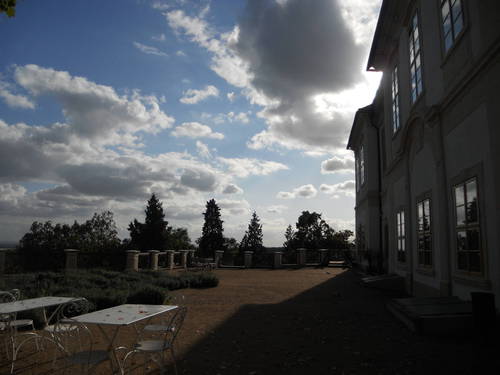 In 1874, when started the first year of this prestigious race today, the old continent, to start his horse stood too Egon Prince Thurn - Taxis, who but difficult course from further participation in the race discouraged. He Pardubice never wanted to start, but still lobbied to preserve the most difficult jumps. Reportedly said: "Gentlemens, I will never jump over it, and whem I look around I would guess, nobody from you won´t either. So I see no reason why we should disturb anyone and anything to alleviate. "Interpretations of his statement, there are several. Perhaps only in other words, each ala is directed to the same - to maintain Pulpit jump. Whether Prince said what he wanted, he had to do quite well, because after 18 years got a fourth jump of the course the Great Pardubice his name - Taxis ditch.

As the all castles also this one in Loučeň had a lot of owners. The most important of them were Wallenstein, who came to the local estate in 1623.