Mladá Boleslav and the most famous Czech car manufacturer Škoda together imply a deep tradition. Its foundations once laid the factory named Laurin & Klement, when in Boleslav started producing bicycles. In 1905, flexibly respond to the demands of the modern age and treadmill replacing the first automobile. A bit simplified history of the factory, which is today a major part Volkswagen concern.

Tourism and history in Boleslav

It would be somewhat limited Mladá Boleslav associate exclusively with the automobile industry. In addition to the museum car, which in such a city could hardly miss, and which is open seven days a week, definitely worth stopping the historic city center. 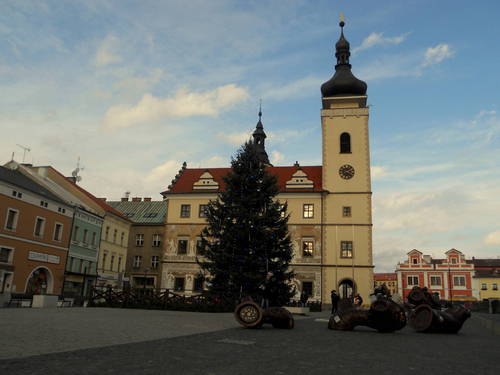 In the heart of the city, which was founded by Boleslav II., already in the 10th century, paradoxically, there aren´t many cars. Maybe it's because it's the weekend, but perhaps also by the historical centre of Mladá Boleslav admired by tourists rather than local. In the little shops that surround the newly renovated Old Town Square on Saturday after lunch get nothing. Open only has a small but pleasant patisserie and several pubs.

On Mladoboleslavská "Old Town Square" walk a few people. In front the hall stands a giant Christmas tree and nativity scene too. Carols quietly sounds into the cold, but sunny day just illustrate a pleasant Christmas atmosphere. Polar bears and pieces of iron formed into shapes that calls art, became targets young children and serve them as a jungle gym. Their mother worked tirelessly Chattering triggers the camera, only to erase most of the images in the evening. it seems to be inevitable for that moment. 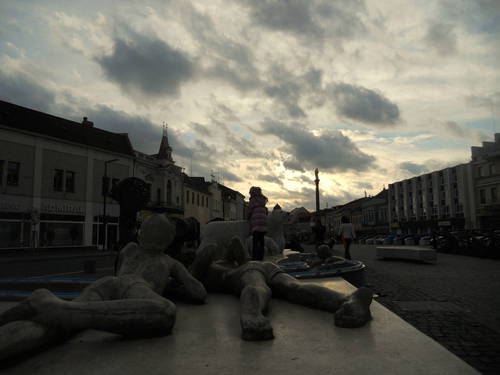 All, that we mentioned, takes place in the shadow of the old Renaissance town hall, clutching by the two towers. Richly decorated by graffiti is located in Mladá Boleslav since 1559. From the gallery at the higher of the two towers measuring nearly 32 meters is a beautiful view of the city and its surroundings. In addition to his Monday is open to visitors every day - for fleabite.

Just a short walk from the old town hall building is a new municipality. Also has a turret, but definitely not as high as its about three century younger Renaissance neighbour. The new hall is built in Romanesque style, and since its completion in 1867 served as the seat of city officials, several decades as well as a theatre and school. 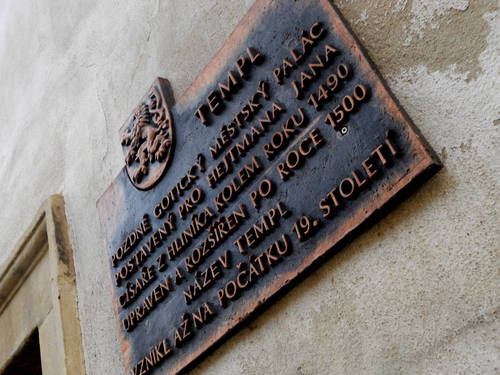 Part of the historic centre and actually its dominant is Mladá Boleslav castle, towering on a rock high above the city. Originally on a strategic location was a wooden fort. In the 14th century masters of the Michalovice rebuilt to Gothic and the century late to late-Gothic castle. The Renaissance appearance castle got in the 16th century. Then the Thirty Years War started and the poverty that did not spare Mladá Boleslav mansion. When Joseph II. left by time adjust the seat dilapidated barracks and this historic corner of the soldiers lived until the year 1938, thus beginning the Second World War. 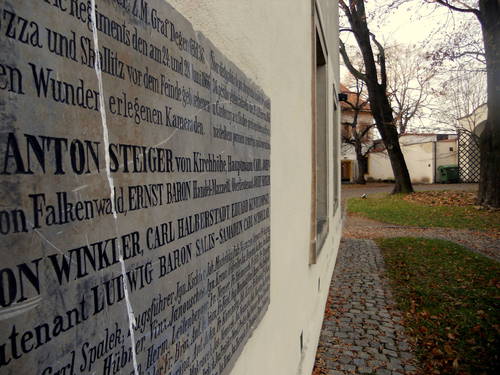 Today castle is peaceful place, maybe too much for Saturday afternoon. Resides there and District Museum Archives. The courtyard sits empty as well as a pub, you'll find. Reconstruction of the palace buildings apparently continues. One wing of the building is still in desperate condition. Inside is not. Before the dilapidated doors locked on lock but you can look inside and at least in imagination stray far into history, when the castle or chateau full of life. Also look down on the city produces more than a sense of fill, a kind of tightness in the stomach. Industry, planted otherwise beautiful city hard

Published: 22.5.2012
Experienced an unprecedented onslaught of tourists Zvířetice abandoned ruins of the castle, shortly after the beginning of May one of television stations aired a movie called May. The atmosphere remains half-ruined walls and round towers jutting high above the ground, was filmed for a hilarious and well tricked movie, main.