Yet even in the mundane, before holiday day, orange - huge white castle building of Hradiště was able to attract dozens of visitors. They walking on the castle gardens and trash the musty rooms and forage for history. The teacher pulled out of their class - just the castle garden, the friendliness of the last children to school days. In the city which is strangely tangled Mnichovo Hradiště, remains one of the local castle of the most enjoyable places to relax, plus scented culture and rich history. 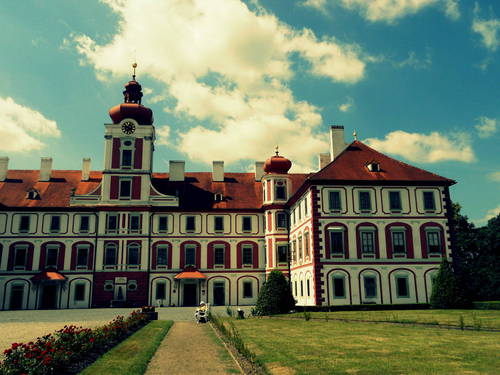 Lots of interesting restrictions has rules, which set the castle administration. The fact that there are loose dogs running around not about anyone stops. Absurd is the ban on chewing gum but the drink or in the interior, speaking guide in the interpretation or just simply being away from his people said could be grounds for expulsion from the castle. Is probably better to stay outside, where one still feels a little freer. There is only prohibited from camping, putting up posters and scaring game. It should be noted that the beasts can be no question. But the birds we spotted woodpecker. He looked happy, but not crazy. In the garden so hopefully everything is going well according to the rules. 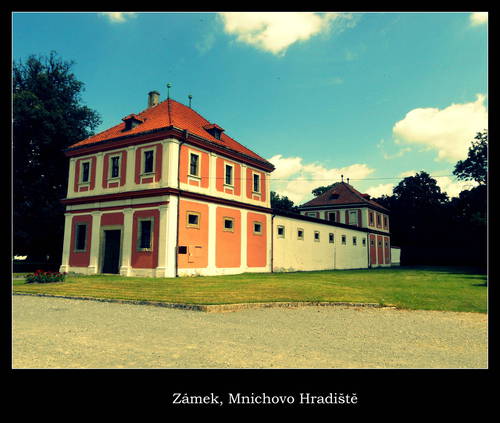 White painted benches, blooming roses, mowed the lawn and a lot of people who take care of the garden. Oscillate with hoses here and there, on hot days to keep the foliage green, and orange - white baroque facade of the residence and enough to stand out.

The original Renaissance building was awarded in 1623 Albrecht von Wallenstein. He was a leader, but with the famous attribute, and so he did not do it otherwise than confiscation. Then forcibly confiscated property belonged to Wallenstein family a number of other centuries. When Holt comes to the word military, space for diplomacy is considerably narrower. 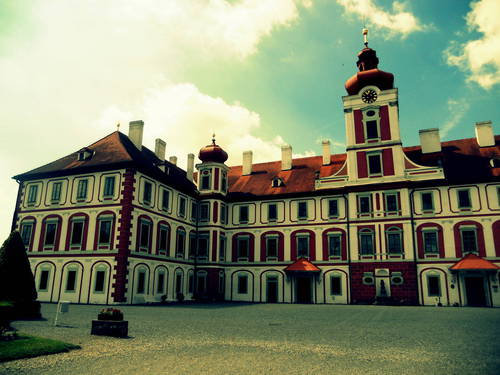 About date of 1696 the historians speak as a new era of this architecture work. Then to Mnichovo Hradiště came another Wallenstein family - Ernest Joseph and the castle above the city began an extensive renovation. For an incredible 30 years of construction work of building sewers banished, let build another part, which belonged to, and indeed still is, the clock tower in front of the castle. He left to build stables, orangery, and sala terrena. On the first floor in the corners of the building you will find what you about there not looking - Castle reception hall and theater. 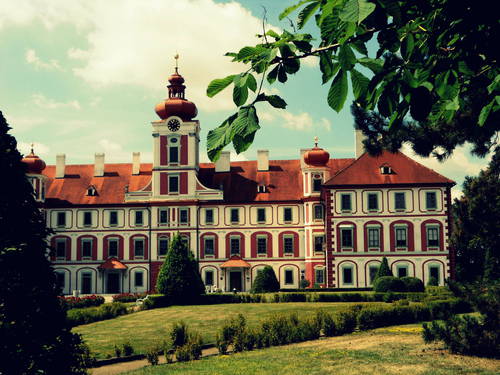 Published: 28.2.2019
You can go on this trip every season, even snow posses no limit. From the D10 motorway we head to Bakov nad Jizerou and continue to the end of the village of Mala Bela. Immediately behind the village is the settlement Velky Reckov, here we park and we take a short walk through a national natural monument named Klokocka. The area has been protected since 1956 due to the presence of rare and endangered species of plants and animals.

Mnichovo Hradiště is the gateway to the Czech Paradise. This, at first glance inconspicuous town ...