Since ever there was a castle, later rebuilt to a chateau. Its presence influenced rhythm and tone of a town build around it. When nobility experienced good times it meant that people had enough work and life was good at chateau as well as around it. We have visited the chateau last time, today our interest s directed towards this picturesque city. Its square is built on a hill and there is also a protected historical area.

Mnisek pod Brdy with its surroundings used to be places where gold was minted. It used to be located on an important trade route known as the Golden Route. It went from Prague to Passau. For purpose of protection was also built a guardian castle and later a chateau that replaced the caslte.

The Square in Mnisek pod Brdy is on one side lined with Baroque houses and former estates with large entrances, the second is open to space and showcases especially the church of St Wenceslas. It is also beautifully visible from the chateau gates. Snow-white church with a fifty meters high pseudo-roman tower is one of the main landmarks of the city. 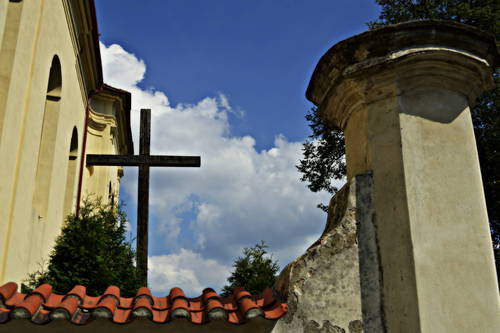 There were mentions of the church of St. Wenceslas in Mnisek already at the turn of the 13th and 14th centuries. It used to be a wooden structure, later a stone that once stood on the south corner of the square. A place where we can see it today, it moved to in 1756. The Baroque church with a bell tower was built by the then owner of the Misek estates, Ignatius Unvert. The tower was added to the church in 1867.

We should not neglect the interior of the church, which is decorated with a number of things made by masters. The frescoes on the ceiling are the work of Jan Vaclav Spitzer and document the life of St. Wenceslas, to whom the church is dedicated. The altar was made under the supervision of the sculptor and woodcarver Ignaz Franz Platzer, which was implemented primarily at chateau in Dobris.

On the corner of the square and Prague Street there is a former coaching inn, today called Velka Hospoda. Before you set foot inside and see the vaulted baroque ceilings, few would say that this building has a Baroque core. The pub stood on the same spot forever, but when Golden Route caravans stopped there, it was suddenly more important. 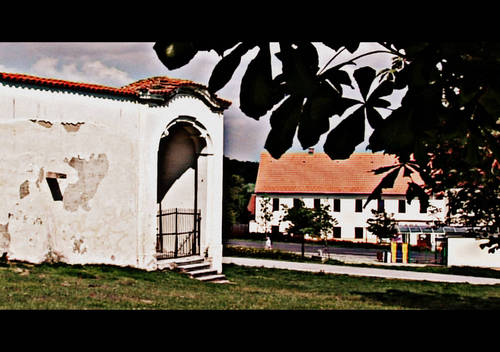 The square is named after Frantisek Xaver Svoboda, a poet who was born in Mnisek pod Brdy in 1860 in the house No 23. The square has a pleasant old Bohemian atmosphere and beautiful magic in it.

Mnisek pod Brdy is a place suitable not only for tourist searching beautiful forests crossed with many tourist trails and bike trails. It is also good as a point of entrance to southwest part of Prague. People traveling to Prague usually to work can get there by city buses, also you can use train on route Praha – Dobris. 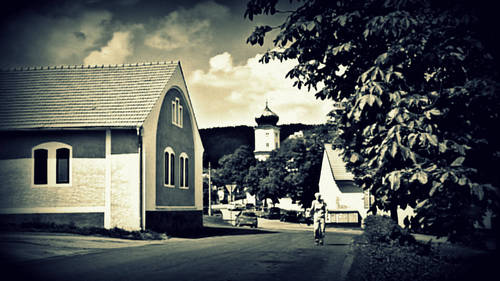