A nice town emerged from an “open-air museum”

It is not so long from the time when Mseno was regarded as a open-air folk museum. However, not the positively famous one for it was rather communist. Today, you may only see a TV shop that looks like nothing changed since 1898. 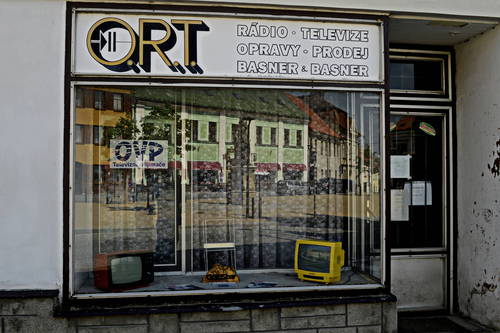 Electro shop stands there as the literally opposite to the whole historical center of Mseno, which consists of Peace square and short Masaryk street leading to the St Martin’s. Today you may see Mseno in a new but still kind of old design for it now resembles golden era of the Czechoslovakian Republic. Its new look was introduced only in 2012.

The square’s landmark is still the town hall that was built in 1842 and later it got one more floor and was rebuilt in a neo-Gothic style. Except mayor and officials there is also a town’s museum in the town hall that focuses on guilds of Mseno. Also, you may find there a popular “I” or an infocenter that simply have to be in a town that is also known as the entrance gate to Kokorinsko. 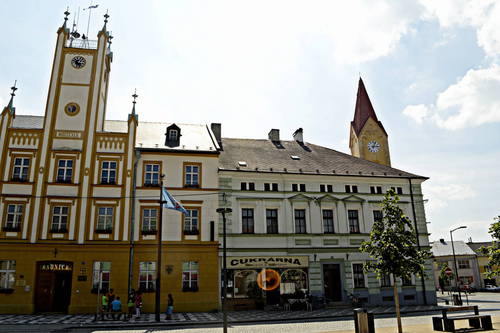 Right next to the town hall there is U Zivnych a Mestaku candy store arranged in an old Czechoslovakian style. Its guests may enjoy many sweets feeling historical atmosphere. Only an ice-cream from a street window tastes bit artificially, despite highlighted letters of store’s name could be read as Uživ mě (Feed me). It itself implies local ice-cream should be excellent. Well, it isn’t the most important thing after all. 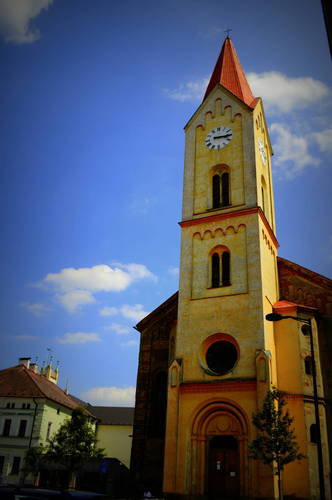 A town fountain is located on sandstone layer that is called threshing floor, which is supposed to make the square accessible from every direction. The fountain is supposed to make atmosphere on the square more pleasant. According to the number of people we had seen on the square, Mseno’s officials are successful. Several young national trees and a baroque sculptural group stays on trodden sand, a thing that irritates locals. 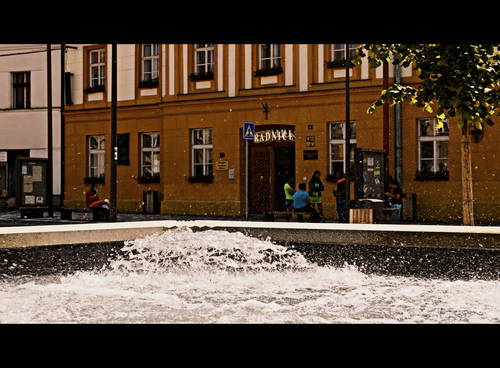 A real rarity in Mseno is cost of parking. For an hour on the main square one pays 5 crowns, for half-an-hour only two crowns. No wonder that everyone who goes from the ticket machine smiles; some smiles that he saved some money, other about the funny feeling of this place where even a two-crown coin has its value.

Cleansing Spas – the oldest in the Czech Republic

What is worth mentioning is the town spa , known as the oldest in the republic. It is a lively place in summer. And prices? Well, they are very similar as everywhere in Mseno, very affordable. Allegedly, direction boards will lead you there, but it is better to ask locals for you can easily get lost in streets going up and down. 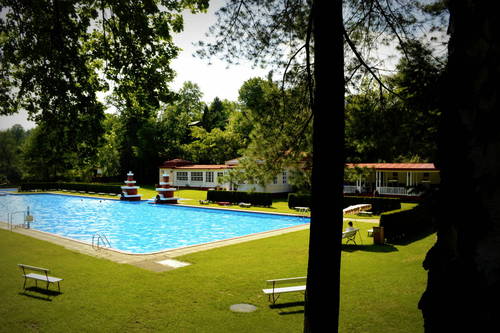 The temperature got over 30 degrees Celsius on the day we visited Mseno. But the pool with blue water and Olympic proportions was rather empty. Perhaps, we were lucky for it is very hard to park there. Place in front of the swimming pool is usually crowded with cars from Prague. It seems that swimming in the style of 1930’s is real experience for Pragers. 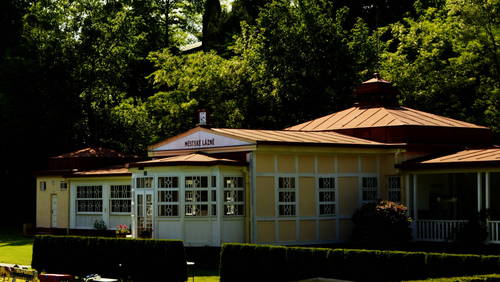 There are contemporary photos on all walls so it is not hard to compare the then swimsuit design with today. One can also see that the renovators did really good job. Except a slide everything is renovated according to the history. In the times when having a bathroom was rarity the spas served to locals as cleansing spas. Several bathrooms were located in the building that is highly regarded today. Only one of them, being a historical example, has a sign “Original bathroom”.

Mseno in the Central Bohemia has an ideal location if you want to visit the Kokorinsko. The town ...