en.infoglobe.cz » Places of interest » CZ, Nehvizdy: The Place Where a History of War Began to be Written - VIDEO

Distant and recent past of Nehvizdy

Already in 1361 there was a church in Nehvizdy. Back then it corresponded with Romanesque or early Gothic style, however, during the Thirty Years’ War the church was damaged. Until 1873 the church was part of a cemetery that was changed to a small park. Today the walls of the bell tower are decorated with some gravestones.

People were buried in the church itself. Remains of three pastors dressed in vestments were found in atrium and also a knight, allegedly poisoned by his mother-in-law, was buried here.. 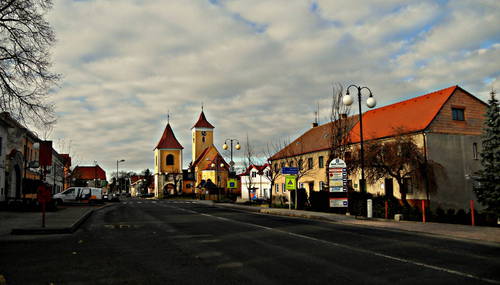 Today Nehvizdy is a quiet town lying on an old route connecting Prague, Poděbrady a Hradec Králové. Thanks to that Nehvizdy became a great locality for living and local town hall supports also businesses. The town is isolated from a big city, but lies not far from it.

Nehvizdy were a typical agricultural village in the time of the communism regime. There were a large pig farm, cow house and poultry farm visited by tractors covered with mud. In 1982 a new road connecting Nehvizdy with Hradec Králové brought extraordinary prosperity. Nehvizdy became a really busy place and there wasn’t even D11 highway yet. 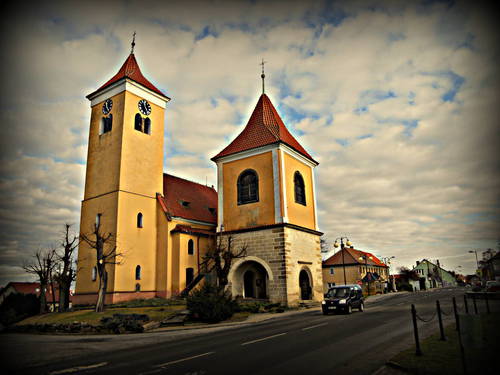 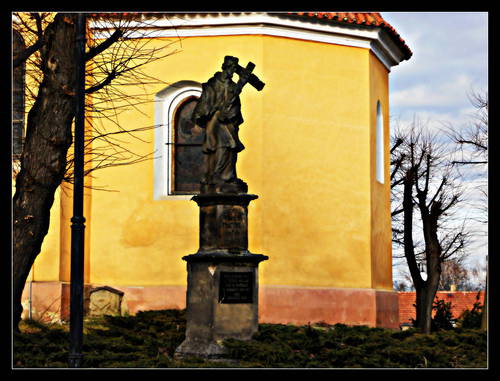 Nehvizdy as a turning point in the Czech history

Nehvizdy – seemingly an uninteresting place. During the Second World War it was, however, crucial for Czech lands. This was the place where in the late 1941 Josef Kubiš and Jozef Gabčík, two paratroopers who were members of Antropoid landed. They fall on the ground in the night on a field covered with snow not far from a road to Poděbrady. Originally, they had to land near Plzeň. Gabčík hurt his leg during a fall and one of locals took care of paratroopers. 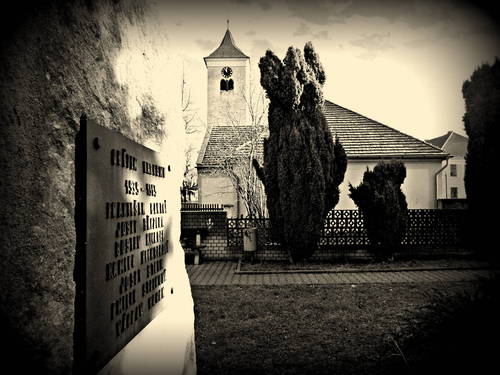 Half-a-year later soldiers accomplished their task. Near a turn near Bulovka in Prague they assassinated Deputy Reich-Protector Reinhard Heydrich. Their highly classified action, however, started massive killing and Germans unsuccessfully tried to catch paratroopers. Both of them together with other paratroopers hid in the center of Prague in the church of Cyril and Metoděj in Resslova Street. For some they were heroes, for some they were damned men who caused death of thousands of Czechs and burn of Lidice and Ležáky. On the other hand, Czech resistance was internationally recognized. Their heroic act today is memorialized on a monument in park in front of the municipality. 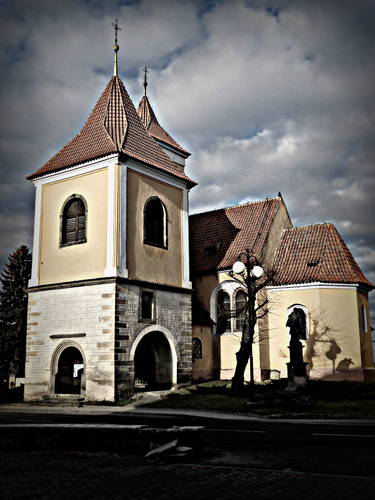 Published: 25.2.2010
A pub, bus stop, small shop offering essential fodstuffs and most important subjects, as well as small bell-tower, all this could be found on village green. This village is situated not far from Prague, and you can pass around without being noticed. This place does not offer anything special, but, a lot of stories which moved Czech history, are hidden there.