Houses, some still with their original baroque facades, and wooden gates are arranged in a line one next to other and thus line two open green spaces. On the main space there is a shopping center, little bit “de mode”, and a municipality building not fitting with its style in the village. The shopping center is a typical commie cube with a new orange façade. The park surrounding the Svatopluk Čech memorial is the liveliest place in the village. Children just returning from school gathered in the park to have some fun before they went back home. Few guys with beers had a meeting on an elevated place there. 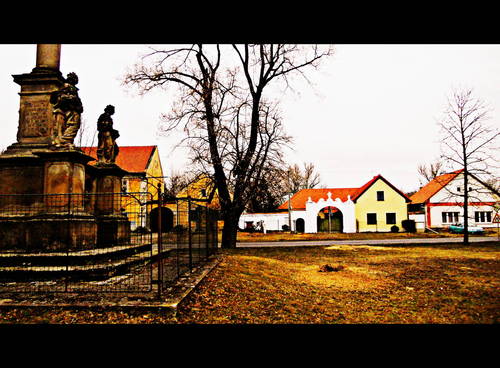 We asked locals about relation of Svatopluk Čech, the bust of which is in the center of the village square, to Obříství. Some lady who just wanted to quickly visit a grocery claimed: “Čech? Yeah, he has a statue here. But he never lived here. He was just, how they say it, he was just an honorary citizen.” She was kind but not particularly interested in the history of the place where she lives. 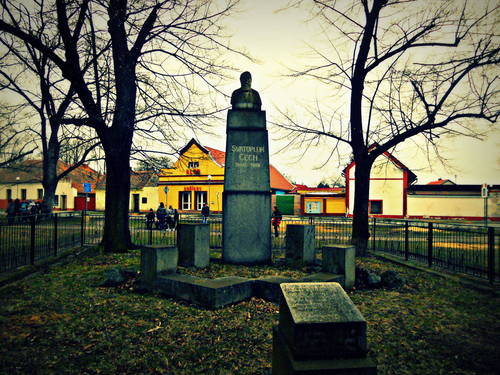 Svatopluk Čech (1846 – 1908) a significant poet, prose writer and also a journalist had spent last part of his life in Obříství, long eight years. He loved Obříství since he found a peace there together with a view on Říp, a hill that he admired and that inspired him. He was very respected man and he fit well into live in picturesque Central-Bohemian village. 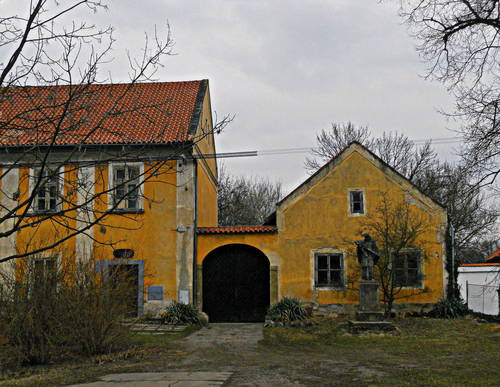 Only during his last years he returned to his flat in Prague Troja due to his degrading health. He died in Prague and was buried in the Vyšehrad cemetery. However, his stay in Obříství will be never forgotten because there is a memorial of him on the village square since 1921. Bedřich Smetana also stayed few years in Obříství (1824-1844) , moreover, he met his second wife there and in 1860 they got married in local church. Both giants of the Czech history have their own street in Obřství as well as memorials worth visiting.

A castle, church and bell tower

We would agree that every place near a river has its magic. Obříství that lies along Labe with several distributary channels only comfirm this. A walk along Labe by former weir offers a beautiful view on local castle, the most noticeable landmark of the village. There used to be a fortress in the year 1290 that was later rebuilt to a two-story building. Private owner posses the castle today and it is forbidden to get on his property. A guardian dog hidden behind a gate barks but it doesn’t bite since during his duty he wags his tale. A gate that will lead you to the St John the Baptist church, a part of the castle garden, is open. 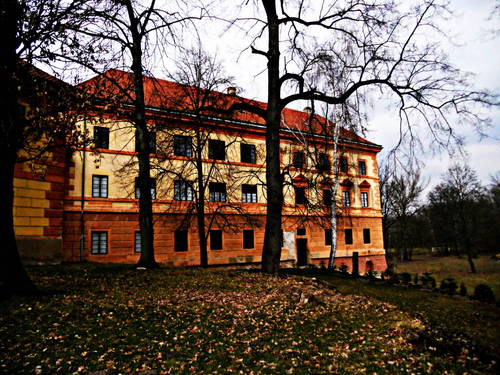 A wooden bell tower is especially fascinating. It has three bells, two small and one death bell and stands in front of the church on place of former cemetery. Small memorials of fallen soldiers of the Great War spread on greenery are impressive despite someone’s idea to repair their signs with a black paint.

The St John the Baptist church was originally constructed as a Romanesque church but later it was rebuilt into the Gothic architecture by very famous Lobkowicz dynasty. First notes of the church are already from the year 1384. A “plague” column on a village square is also worth visiting as well as the statue of John of Nepomuk or the statue of St Margaret. You can get to old weir, a prime example of tech sight, if you take a nice walk along the river. 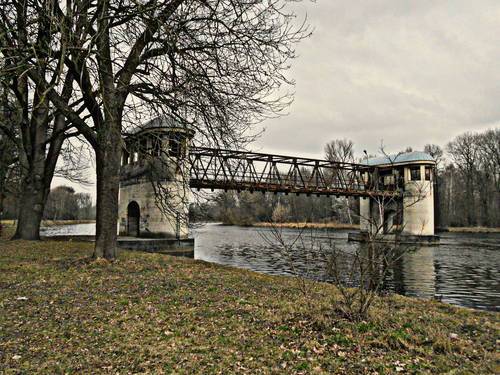 Despite Chlumin, a small Central-Bohemian town, has its era of fame already gone it is worth visi...