en.infoglobe.cz » Places of interest » CZ, Panenské Břežany: Abbess, the Work of Santini and the Residence of Heydrich – VIDEO

In the year 1233, it was women who had leading role in Břežany. The first note about this settlement was marked as a village belonging to the women Benedictine monastery of St George at Prague Castle, i.e. the residence of St George abbesses. Everything began in 1226 when Ottokar I of Bohemia gifted this village to the monastery. In the time of the Charles IV rule all female inhabitants of the village were titled as princesses and thus had the right to crown the queen of Bohemia.

In the course of the Hussite wars the townsmen of Prague Old Town seized the monastery and village and Benedictine abbesses started a process of getting back their property. In 1441, written sources mentioned a fortress that according to historians could stand on a place of present castle. Not until the rule of Joseph II, who closed the monastery, the abbesses of St George were present in Břežany again in the beginning of the 18th century. Františka Helena Pieroni de Galliano, one of the abbesses, launched the renovation of her residence as well as a burned down village. 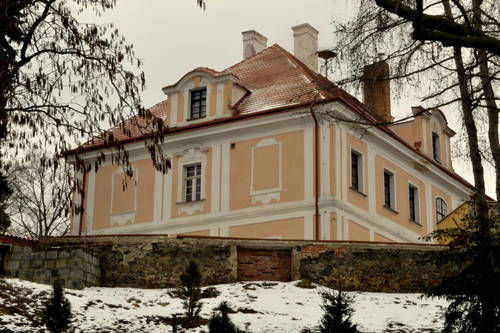 A footprint of Santini

She called upon the famous architect Jan Blažejn Santini-Aichl who built the chapel of St Anna consecrated nearby and consecrated in 1707, by the way it was in the same year Santini got married. This talented Prague Italian was just at start of his career as a builder and fame. The St Anna chapel is one of his less notable works however, there is apparent his originality and his mastery of work with refraction and unusual shapes. 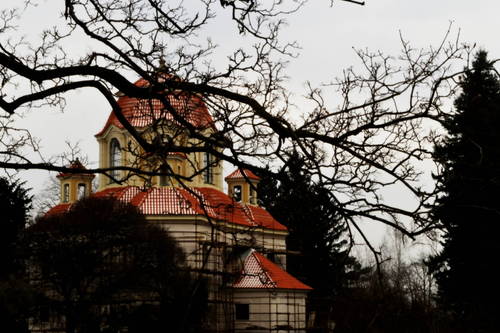 …and a footprint of Heydrich

Except Santini’s chapel and already mentioned upper castle there is one more castle, a bottom castle, in Břežany. It was built in the Empire style by Matyáš Bedřich Riese-Stallburg in the 19th century. It is not particularly interesting, from the architectonic point of view, so it didn’t worry us that its owner surrounded it with an opaque fence. If we mention historic figures related to specific places we wrote articles on, these people were not usually that well-known and their stories are, well, almost boring. However, speaking of K. H. Frank or Reinhard Heydrich it makes your flesh creep.

Panenské Břežany are especially tightly related with the Protector of Bohemia and Moravia. During the war one of the most important Nazi officials K. H. Frank had a residence there, after him there lived Konstantin von Neurath and since the year 1941 his successor Reinhard Heydrich together with his wife and children. There still lives a woman in Panenské Břežany who was a maid in his family for whole four years. 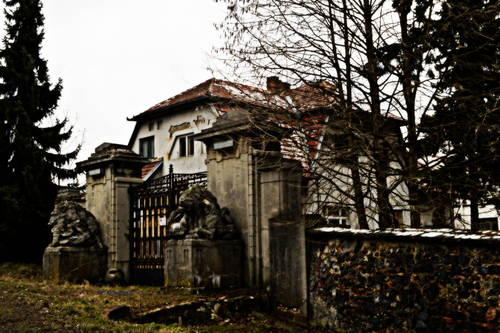 One version of plans of Heydrich’s assassination was supposed to take place nearby Břežany in dense colonnade. Eventually, as we know, the whole thing took place in the turn near Bulovka in Prague. However, there are no doubts about the place Heydrich left with little delay that day, May 27 – Panenské Břežany lower castle. There one part of ”the Final Solution” was written. The other began in Nehvizdy, the place where the paratroopers Gabčík and Kubišem landed. The whole story was completed at 10:35 in Prague Kobylisy, soon before noon. Heydrich’s pregnant wife didn’t know about the assassination only at 2pm first news came to her. At half past three K. H. Frank declared state of emergency and few days later on June 4 1942 Heydrich died. 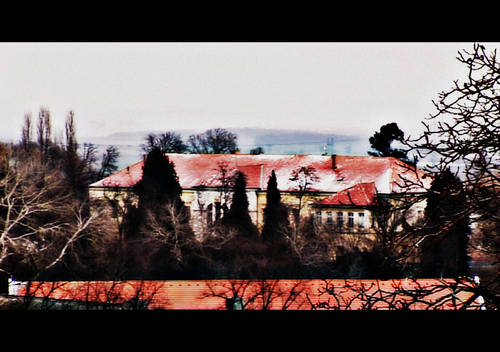