The old ways are typical for the spa colonnade this spring. The day when the spa season starts. Traditionally, the spa season starts with brass band music that is mostly devoted to older guests. This year, a new hot spring was open, the Elise spring, it is the sixth thermal spring in the city. It is located by the colonnade in the front of the congress center. 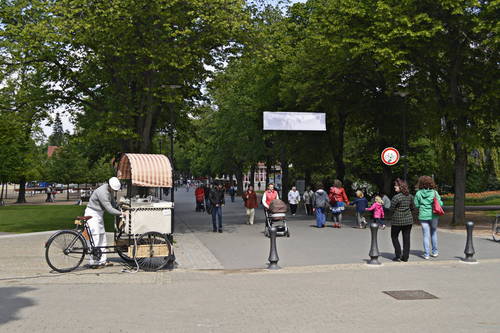 Spa guests who have the daily schedule detailed for every hor of the day to not miss anything here, usually walk along the route between the central building of the spa and the bath house where they are staying with a natural stop to the colonnade. After their last procedure usually grows appetite to explore what these resort actually offers. In the evening, therefore colonnade sees spa guests and local people who are willy-nilly part of the spa life as baths are shoved aside, but are part of the city. Also, they circle around the colonnade that connects the square with the rest of the city, here and there, and like hanging out in the spa cafes and enjoy all the benefits that they bring spa. 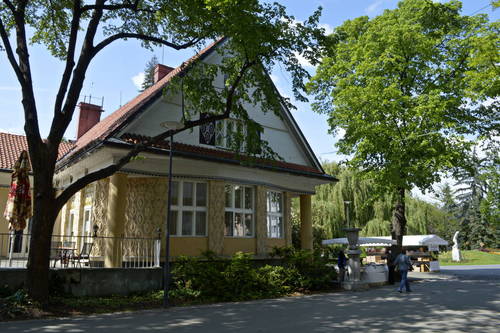 First, this is the thermal water of the Podebradka mineral water. It dye everything in rusty colors. It contains a lot of iron, and otherwise so transparent plastic bottles into which the locals tap the miraculous water, are of rusty color. Water rich in carbon dioxide and local people love standing on her front. It is not such an attraction for an "alien". Mostly visitors do not like heavy taste, but also aroma, reminiscent of rotten eggs. The main consumers of Podebradka are therefore locals. However, they respect spa guests and let them go first and thus be closer to healthy treasure of Podebrady. 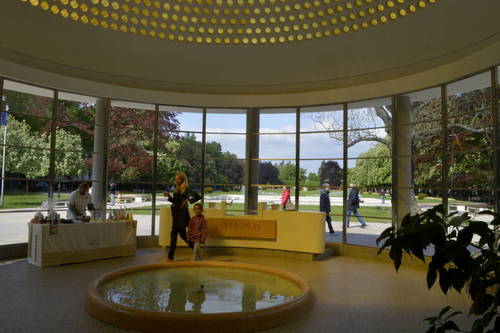 Within the spa compounds there is a colonnade, a pavilion, and a summerhouse. For water stays even here, only the cup. Thermal springs are also in front and behind the railway station building, on Rieger Square, Square George of Podebrady the Castle. And as we said, this is the first time people can also drink from the the Elise thermal spring.

The first thermal spring was dig in the chateau

The very first thermal spring, no longer operating today, is located at the cateau square. In 1905 it was discovered by Karel Bulow, a Prussian water witch. Then thed had to dig a hundred meters below ground. The desire of the then owner of Podebrady castle, Prince Hohenlohe, was met Podebrady and at that time promising future opened for Podebrady. News about thermal springs in Podebrady spread quickly. 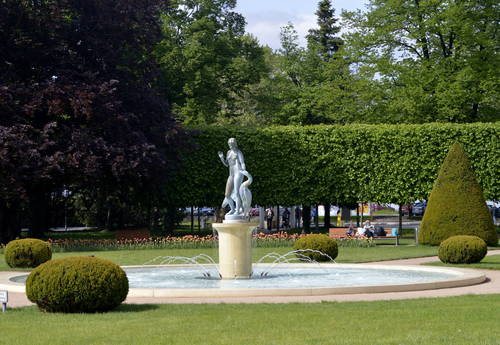 Belief in the healing forced many ill travel to experience the city's miraculous water. Chateau spring and unexpectedly very successful first spa season had started rapid development of the resort of Podebrady. In 1908, Prince Hohenlohe had to consecrate the spa promoting them to the royal spas. In the city since then visited distinguished guests such as T.G. Masaryk, Franc Kafka, Eduard Benes, Milos Forman and many others. Vlasta Burian made the spa famous in the film about heroic captain Korkoran. The "iron spas" was known in the 17th century, but the first republic era was the most important tme for Podebrady. The credit for the glory of urban spa in Europe belongs to the cardiologist Vaclav Libensky from Prague. 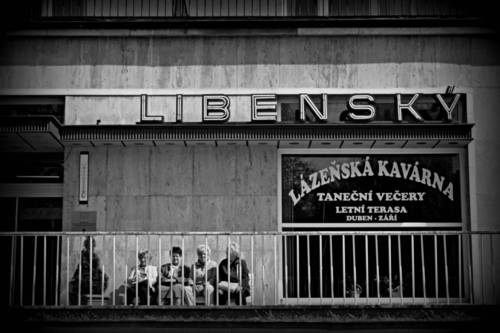