Strength of the April sun gathered strength after a cool morning and around midday temperatures climbed to over twenty degrees of Celsius. Cash worker in the museum sits on a bench outside and laments about how the morning is not current. Sipping coffee and every time, if someone comes, goes inside the office to sell him a ticket. All said that due to failure of power, will be lit otherwise the right exposure period atmosphere.

But the atmosphere of the long time ago period has everything there – with or without electric power. It was the intention. Traditional village and community of people who inhabit it, in modern times disappear. The Industrial Revolution took care of the comfortable life and the need to rely on each other. 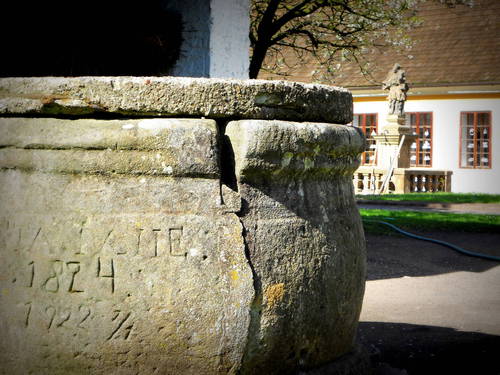 Typically, village life is more or less disappeared, and it is certain that old times will never return. The appearance of the centuries old village, but it shows perfectly Přerov museum has been operational since 1967. If we are to return to the real beginning, we would go back to somewhere around 1900, when the old Bohemian cottage as a museum bought the then owner of the castle - Tuscan Habsburg Ludvík Salvator. His successor - Museum of the Elbe, his idea came near the end. 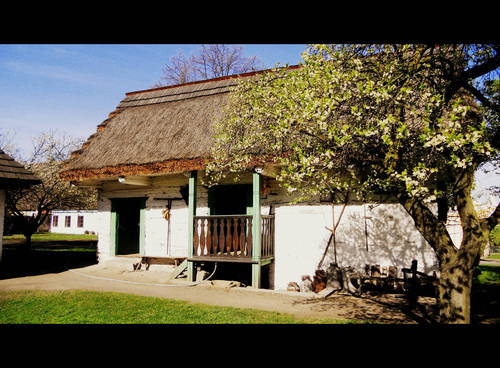 How the comrades weren’t wrong...

After the liberation of the World War II. one of old Czech house remained empty and virtually unused. Confiscation of property was not needed because no one neobýval cottage. I just went to the state, as indeed all in the name of nationalization. In this case, it is a miracle that did not end in ruins, but has become a sort of cornerstone of the Elbe Valley Ethnographic Museum. 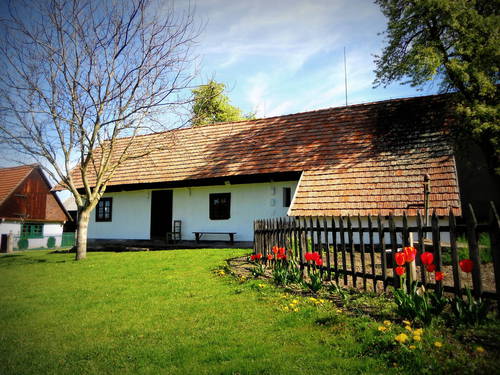 After decades an absurd idea to preserve old cottage turns out to be brilliant. For people who live in today's IT time, visit the museum is therapeutically active. The ancient building, where the walls feel moisture in the human spirit returns back centuries and easy to realize that no time is not easy.

While today's seniors, who sarcastically referred to themselves as the oldest exhibits, with a smile touching objects that once used, the generation after us in the same place will probably seem like a sci-fi movie. Once through the old school, a typical old Czech drying or cottage will have a head full of uncomprehending questions. 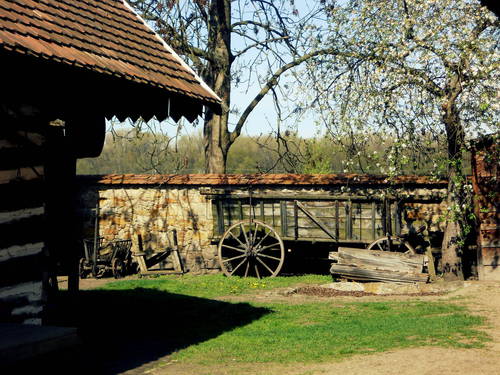 In Přerov you can see 30 historic buildings in total - nine cottages, four granaries and several other smaller buildings and popular landmarks. Together they offer an unusual insight into the life of villagers at that time. One can easily understand how to bake bread, sawed wood, grown rabbits, went to school or celebrated. The museum in Prerov is not only for rest but the people could learn there. Classic words: "He who knows history, he is forced to repeat its mistakes." 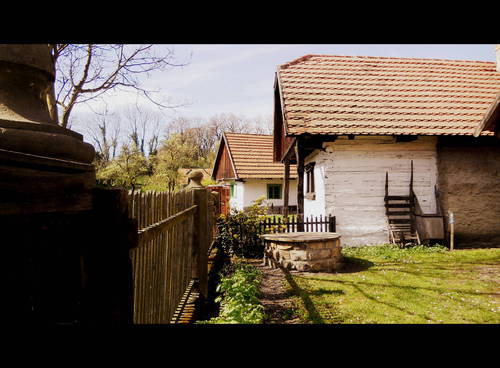 Published: 8.5.2012
About Přerov nad Labem recently discussed mainly in connection with a local chateau. Till recently was officially owned by the Czech Radio, today, just speculation about the new owner. Nobody has anything, nobody knows anything.