Fog lifted just lazy this weekend day. And so far from Prague, in Pruhonice, control adverse cold, exactly the one which keeps the temperature just above freezing, but one that is able to get anywhere simply chilly. Around Průhonice castle still remains alive.

To the terrain went photographers, lovers on a romantic walk, and just walk around, all these who sat at home rather than at television, you'd better do something. The last bit of warm days still use bikers, too. In Průhonice is simply fun every day. Admission to the park costs 50 crowns season – out of season. 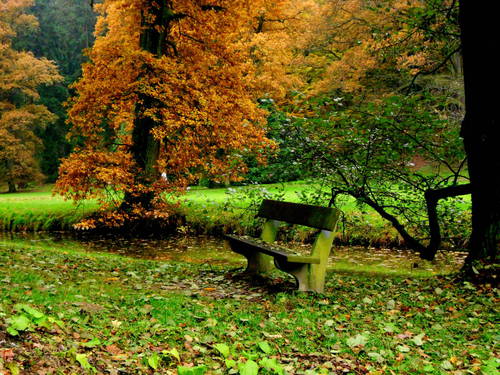 Průhonice Park offers three tours. When you will order a guide in the 14 day advance, pay five hundred crowns and he is yours. Tour with him takes an hour to an hour and a half, which depends on the inquisitiveness of people in the group.

Unique exhibition of plants and trees

But if you go by yourself, you might notice things that you would under the onslaught of information about different wood species and rare plants that grow in the Průhonice park, or perhaps overlooked. Like how they feel at ease, everyone who visited the Průhonice. Nature, which in 1885 organized the first Arnost Emanuel Silva Tarouca and gave her the form of a park, operate as a palliative medicine. Then the park began to be enriched by the Central Parks rare exotic plants. Founder of the park in Pruhonice found inspiration in the Upper Lužnice and Bohemia under Košíř. 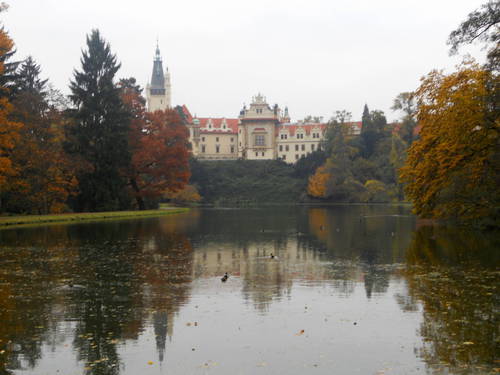 The level Podzámeckého pond, the largest of three that the Průhonice park you can find, reflecting the lock. Like the adjacent park are on the UNESCO list. The sight of him you will probably accompany the entire walk. The park was located had to slits between groups of trees, which are dressed in different coloured coats, probably attracted your eyes from all sides.

In addition Podzámeckého pond, which remains the most popular, there are two more - and Labeška Borin. The whole area making its way too Botič stream with their dams, overflows and small or larger bay or if you want - when blind branches. The magic of the park in the background with yellow YO castle building illustrates the number of wooden benches, where people love to dwell.

Not always but in Průhonice castle stood. In the 14th century in the same place was a Gothic fortress estate, owned by the nobility of Řičany, instead of Průhonice distant 11 km. Fortress bought the Prague burghers, and later became the property of Jan Dubečský from Dubeč. The turning point for the original construction featured the year 1508, when it became the inheritance of Zápy family, they had just rebuilt the fortress into a renaissance chateau. The famous era of palatial office, then was interrupted by the Thirty Years War. Before that, castle was owned by Emperor Rudolph II council. 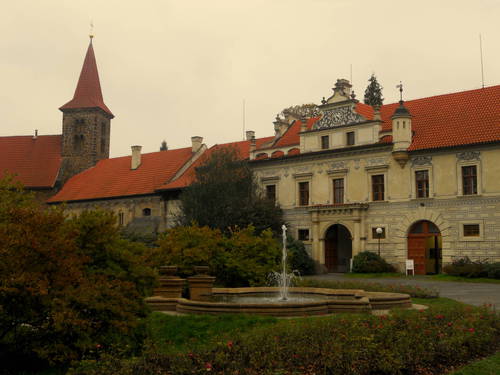 Ruined castle eventually seized the Jesuits College of St. Clement's Old Town and in 1669 began with the reconstruction and building of the castle and the church also to build a brewery.

Again replaced several owners that he eventually took it mentioned Arnost Emanuel Silva Tarouca, which finally elevated building with which they were only responsible for all admired seat. His former classicist appearance varies renaissance. Shields and lofts add pizzazz place. In 1927, financially exhausted and Silva Tarouca and sold lock state. Now he manages the Botanical Institute Academy of Sciences of the Czech Republic. 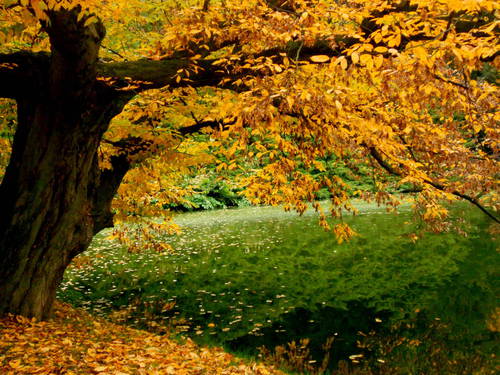 Autumn Through Your Eyes II

After a week, we'll take another look at the most colourful season of the year - autumn. In the f...

Autumn Through Your Eyes I

The most colourful time of the year is now underway. Autumn brings with it not only nature dresse...

CZ, Vestec – Walk Around the Pond

This time we invite you to an autumn walk to the village of Vestec near Prague, where an extensiv...