Masaryk square is decorated with a bust of the president of the First Republic. It is probably the liveliest place in this city of 15 thousand people. For its unique Gothic system of land distribution this long boulevard is protected.

Masaryk square is a center of Ricany’s life

The square, not only that one in Ricany, was since ever a place for meetings, information exchange, and also a place for spiritual rest. Ricany continues in this tradition. It is nice to watch how people pass by stalls with vegetables, fruits or other goods. They ask how others are doing, or just stop by at the church to slow down for a while. 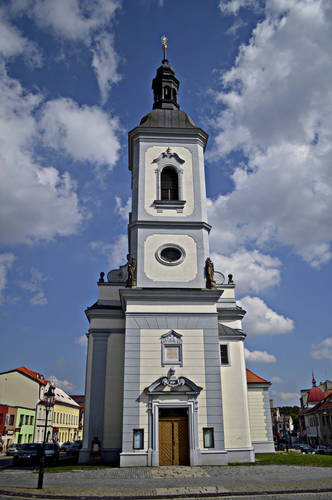 Considering information, the people of Ricany have a big plus. Their mayor is Vladimir Koren, former journalist of Czech TV who today co-moderates Wonders of Nature program. As such he knows how to communicate. He is a man on the right place and the city flourishes during his leadership. Also Ricany Courier, a journal concerned with happenings in the city, has almost as many pages as Reflex. The April issue has 64 pages and is an evidence about life of locals 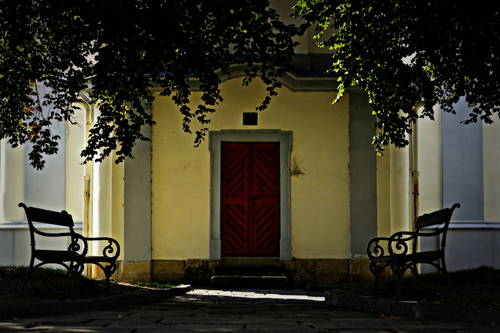 The place of spiritual rest is mostly the church of St Peter and Paul , a dominant of Masaryk square. From originally a Gothic building remains only a south part of the wall with a window. The ground of former tower with a groin vault or remains of frescoes. The church was rebuilt several times in the course of centuries. Every era left traces on it – during baroque it was an altar, during the 18th century the Adam and Eva relief . A statue of John of Nepomuk stands by a church. It was built in 1759, and the statue of St Wenceslas that was built much later, in 1937. It is a baroque style statue.

An imitation of a column of Old Town square … 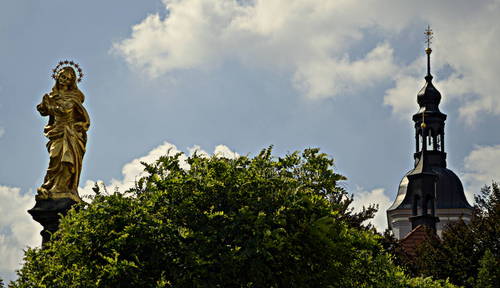 Masaryk square has also a Marian column standing nearby the church. The Ricany column is a simpler imitation the column at Old Town square, in 1918 it was demolished. It also depicts the Vigrin Mary on a stone pedestal. There are debates over the origin of the column in Ricany.

…a little bit of luxury

However, there are no debates on the year 1869. In this year an unprecedented development of the city started when the construction of a railroad from Prague to Vienna had started. The rich started building luxurious villas along this railway. Today one just gazes on how pretty they are.

There is a large stress on American football in Ricany. Also, one can do there tennis, football, bike riding or dancing. There are many tourist and bike trail there as well as the Ricany nature trail that is devoted to nature, history, culture and environment.