Skvorec. The name of the place does not sound very nice. But it would rather surprise you. The town is located near Brandys nad Labem. Only around thousand inhabitants live there. This has one great advantage – the castle. Actually, there are two castles. One old and one new. They have no myths about them but they fit very well to a beautiful landscape. And they are romantic. 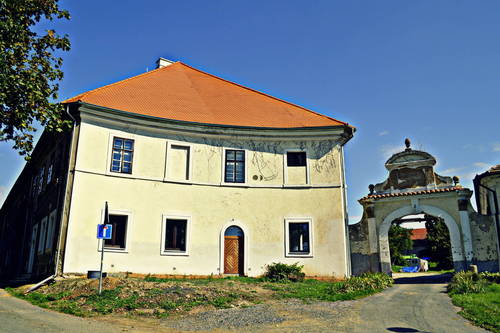 How did it work in Skvorec?

Skvorec will be especially appreciated by those who love adventure and love scouring the history. History of Skvorec officially dates back to 1279. At that time, this was a pleasant corner of Central Bohemia associated with a castle founded the same year by the royal chamberlain Domaslav. Then, as often happens, the castle went from hand to hand. Big plans of the great masters often ended with the collapse of the estate and leveraged eventually had to sell. But as time went on, the wall is gradually collapsing and everything once polished slowly but surely losing your hat on straight.

Era of Skvorec Castle , which includes, for example, Albrecht von Wallenstein, ending with the new owner of Sigismund Smircky of Smirice, which did not meet the castle walls, and so in 1545 the castle was rebuilt into a more comfortable and especially representative lock.

In the 17th century, Swedish troops burned and ruined the castle which remained demolished for many years. Up to the time when Marie Therese of Savoy lived in the chateau, she was a member of the Lichtenstein family, it seemed better times will follow. In 50 years of its existence, she managed to lock to return at least some of the lost glory of years ago. Not until 1964 the castle got its present form. Since 1994, it is own by a private owner who seems seems to be doing what he can. The castle has a new facade and looks very nice. 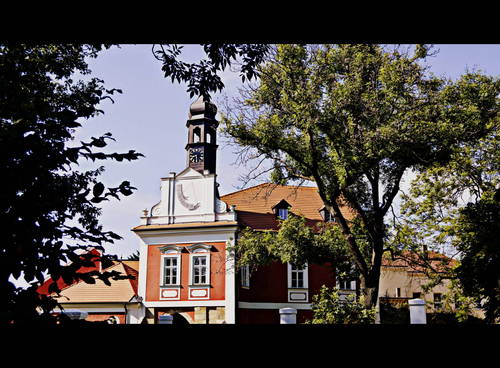 Gates of the old chateau are closed to the public, at least yet. Nevertheless, it is worth it going to Skvorec. Two clock above the entrance gate show the correct time and it looks like the worst of times Skvorecky castle are finally gone.

Just before a short stone bridge there is a rare statue of St. Procopius made by M.B. Braun in 1735. Also new castle, built in 1791, standing right in front of the old, has a very interesting architecture. It is undergoing extensive renovations. 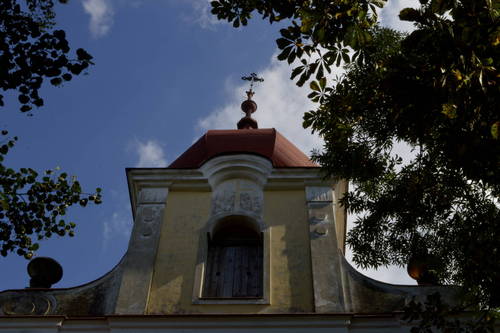 Also, a church standing nearby is magical. It stays hidden among trees and it is less noticed by curious tourists as well as local. Dedicated to St. Ann, this simple baroque building stands in Skvorec since 1767.