The only thing what the tourist need is to prioritize. That is, whether he likes to be spoiled by commercialism at Karlstejn or rather learn. In a hypothetical competition we declare a winner to be a romantic nook among white rocks of Cesky Kras’ nature. This place is known as Svaty Jan pod Skalou.

Welcome to the oldest pilgrim place in the country!

Not every THE must been a synonym for a tourist “exploitation”. The same applies to the settlement of Svaty Jan pod Skalou. You can forget paying for parking or entrance, this place is full of energy and it is gratis. Despite it is hidden deep in the forest it warmly welcomes you and let you to look deep to the time when St Ivan, a pilgrim settled there. In only 880 he settled in a cave where he lived a humble and ascetic life. 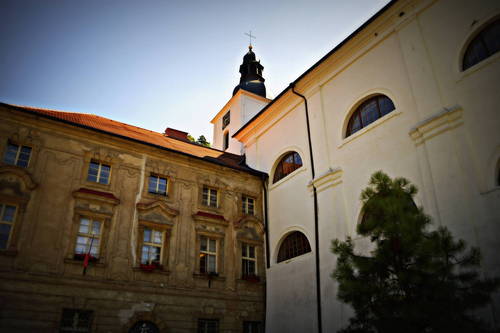 The only distraction for this “weirdo” was a hind which provided him with milk. The legend says Prince Borivoj lethaly harmed the hind once he went hunting. Warm bloody tracks led the prince to the cave where he met Ivan. As a retribution for harmed hind, the prince offered Ivan life in luxury at near Tetin. Well, there wouldn’t be a legend about a man who would accept such proposal.

Ivan stayed in the cave, however, Borivoj didn’t forget this encounter. He built a church devoted to St John the Baptist. The legend says St John appeared to Ivan several times to protect him from the devil’s traps. St John gave Ivan a cross in front of which the devil jumped through a black hole out of the cave. 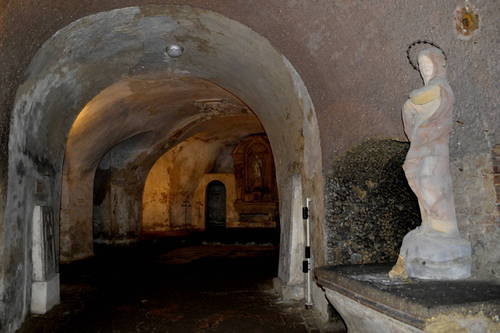 Two churches in a one

The St John the Baptist’s church built by the prince is a massive early-baroque building with rich interior decoration. Interesting thing there is a gift from pulgrims coming from Prague. It is a cross that originally was located on the Charles Bridge. The church is also connected with the Ivan’s cave. Later, when Ivan died, the cave was rebuilt to a church with an altar and other things every church has. It is the largest travertine cave in Central Europe, its age is estimated to be about 10 thousand years. 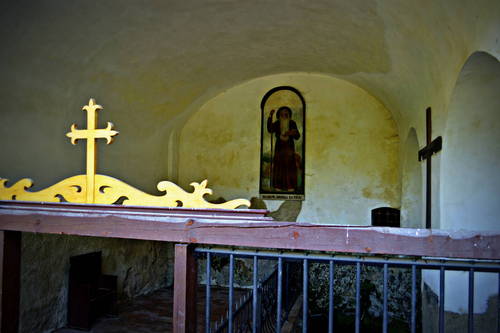 Another thing worth mentioning is the so-called Ivan’s spring. In the past, clear and cold water was even sold under the label “Ivanka”. Today, every pilgrim can draw water for free, the flow rate is three and half liters per second. However, it takes two years for water to go through limestone rocks. On its way it mixes with younger water and if there are heavy rains, even with rain water.

The most beautiful view of the settlement is from a rock called Skala. From this comes also its name. There goes a well marked and steep trail up to the highest peak of Cesky Kras. There are several stops with informative boards. The view is worth it. If you go there with a dog or children, be careful.